Digger Phelps told ESPN 680 radio host Jason Anderson Wednesday afternoon that College Gameday will be coming to Louisville this season for U of L's home game against Notre Dame.

The appearance will be the traveling road show's first at the KFC Yum Center. Gameday hasn't been in Louisville since the Cardinals hosted Georgetown back in 2008 (original white suit game). 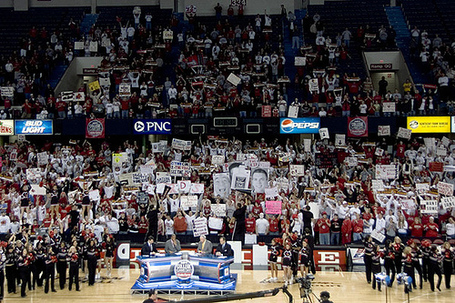 Phelps also told Anderson that the weekly show will be making appearances at Kentucky's Rupp Arena and Indiana's Assembly Hall.

You can hear the full interview at 4:25 on ESPN 680 or anytime on ESPNLouisville.com.