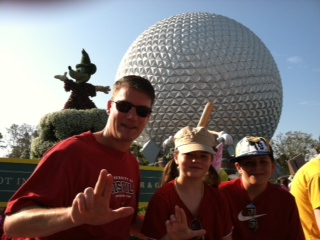 David, Sophie and Jack Hosna showcasing their Cardinal pride at Epcot Center...on a vacation they didn't invite me along for. Sure, this picture's from back in March, but I guess that's why they say March cuts leave the deepest wounds. Yes, they do. Well everyone I know says it. Whatever, just invite me on your cool vacations so I can ride fun rides.

Quentin Snider wrapped up a monster week at the Adidas Invitational in Indianapolis by scoring 15 points in the championship game as the Louisville Magic took home the top prize in the 16u division. Squaring off against the hardest pressing team in the country (Team Thad) in the title game, Snider reportedly played with poise appropriate for his five-star status.

Though teammate D'Angelo Russell brought home the tournament's MVP honors, it's Snider who is establishing a reputation for being the most consistent performer on the AAU circuit this summer. It's appearing as if his early commitment may wind up being more significant than any of us could have imagined at the time.

Russell, for the record, says he will likely wait until the end of his senior year of high school before making a college decision.

As many expected, Syracuse has reached a deal with the Big East that will allow it to bolt for the ACC a year ahead of schedule.

The Big East announced Monday that it had reached an agreement to waive its 27-month exit window to allow the Orange to leave July 1, 2013.

Syracuse will pay the league $7.5 million in addition to other considerations.

"We look forward to the new academic and athletic partnerships and the extraordinary competitive opportunities that membership in the ACC offers," Syracuse athletics director Darryl Gross said in a statement. "We are excited about both our final season in the Big East and our long-term future with the ACC."

Expect Pitt, even with its ongoing lawsuit, to strike a similar deal sometime relatively soon.

TNIAAM has the Big East saddies as a result of all of this.

I think I'm going to miss you most of all, Octonion.

Athlon ranks Louisville's offensive line as the second-best in the Big East, trailing only South Florida.

2. Louisville - This group struggled to match its 2010 performance last year, but there's plenty to like about the Cardinals going into 2012. Senior Mario Benavides missed the first three games of last year due to injury and the line never seemed to jell as a result. With Benavides at full strength and another spring practice under its belt, Louisville's offensive line is poised to to rank among the conference's best. Alex Kupper started all 13 games last season and will anchor the left side of the line at tackle. John Miller started 10 games as a freshman in 2011 and could contend for All-Big East honors this year. Sophomores Jake Smith (right guard) and Jamon Brown (tackle) will hold down the right side. The Cardinals allowed 41 sacks last season, but that number should be cut in half in 2012. 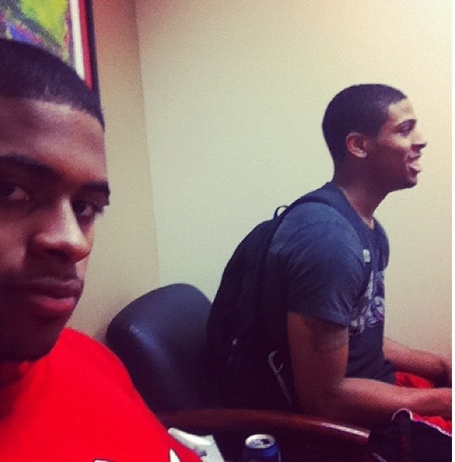 It was a tough night for Chris Smith in his second summer league game for the New York Knicks on Sunday. The former Cardinal tri-captain missed all six of his field goal attempts and finished with just two points in 27 minutes. The Knicks lost to the Suns, 99-74.

According to the folks at Rivals, Vernon Hargreaves will be narrowing his list to five schools after this week. The top-rated cornerback in the country recently listed USC as his favorite, but had expressed serious interest in Louisville earlier this summer. The Cards are currently listed as one of Hargreaves' nine "warm" programs by 24/7 Sports.

Today was media day for the Sun Belt, and Florida International was tabbed as the league's clear preseason favorite. Mario Cristobal returns 20 starters from the team that upset the Cards inside Papa John's Cardinal Stadium last season. Louisville will travel to Miami to face the Panthers on Sept. 22.

Conner quarterback Drew Barker (2014) has been receiving a lot of attention since Louisville first offered him a scholarship back in April. He camped at Alabama over the weekend and impressed head coach Nick Saban significantly, but not enough for Saban to pull the trigger on a scholarship offer.

"I don't get married on the first date," Saban said.

The Charlie Strong bottle of bourbon is pretty cool, but I'm really excited about the limited edition Mike Marra bottle of Skinnygirl. Chicks love him.

Class of 2013 star Chris Walker has announced on Twitter that his top four schools are Louisville, Kentucky, Kansas and Florida.

All Cards fans love playing in the bucket. 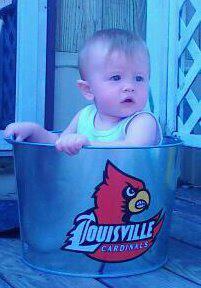 It's looking like Louisville is in very good shape with 2013 recruits Cat Barber and Troy Williams.

Programming notes: I'm back on the radio tonight from 8-10 p.m. on ESPN 680 and ESPNLouisville.com (Update: show has been moved to Thursday because of the Reds game). I'll also be appearing on CN2 Sports with Chip Cosby tomorrow evening.

So Grantland has a feature today comparing this year's USA Olympic basketball team to the 1994 USA Goodwill Games hockey team from D2. Although initially skeptical, I was amazed to click the link and see that Rembert Browne had made just about every single comparison that I would have made.

This might be the best on-court comparison between the two teams. For both of these gentlemen, their greatest strength is their greatest flaw, and it's that they play their sport like 8-year-old boys that just ate all the Halloween candy. They have one speed - "Turbo R1 R1" - and while it sometimes results in spectacular flashes of athleticism, other times it ends with a bonehead play. Luis's inability to stop is like Russell's talent for getting steals and then launching missed dunks 30 feet in the air. They also come with a feeling that you have no idea what's going to happen, and that couldn't be more fun to watch.

Most accurate comparison in the history of comparisons.

Two of my all-time favorites, Sam Cooke and Cassius Clay: 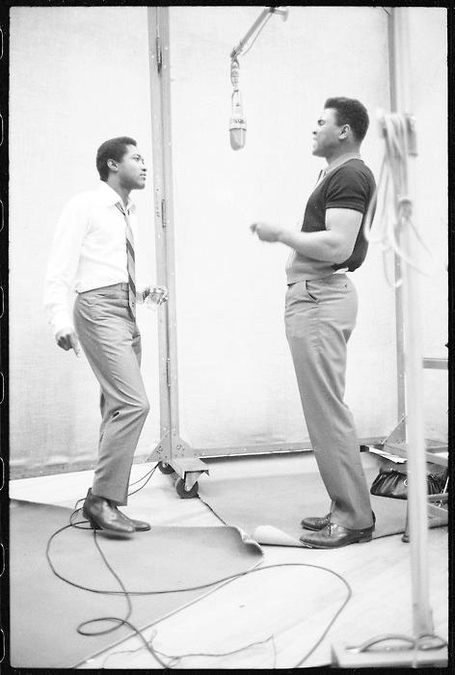 I ain't felt this good since I don't know when.

He was singing about the excitement Louisville fans have heading into this fall. Crazy talented.

Louisville is back to having some big boys to brag about on its defensive line.

Defensive line coach Clint Hurtt says the Cards finally have all the right credentials rolled into this year's unit. The run-stoppers inside include juniors Brandon Dunn (6 feet 3, 278 pounds) and Roy Philon (6-3, 290). They can line up between 6-5 bookends B.J. Dubose and Deiontrez Mount.

"This is what it's supposed to be," Hurtt said, "They're all incredibly long, they're all extremely athletic and powerfully built."

It's a long way from the 2010 season opener, when the linemen's average size was 6-2, 263. Little wonder they got pushed around that season, ranking sixth in the Big East Conference in run defense at 143 yards allowed per game. They improved to third at 100 last season, and Hurtt predicts this line could help top that.

"No question, this line can be better than last year," he said.

The Orlando Sentinel has Louisville at No. 30 in its preseason countdown.

And finally, this year's Cardinal football fan day has been slated for Sunday, Aug. 12. This is when we let Titus Teague know how much he means to us. 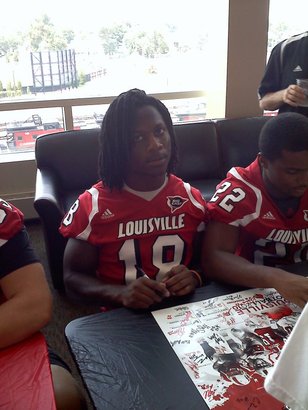