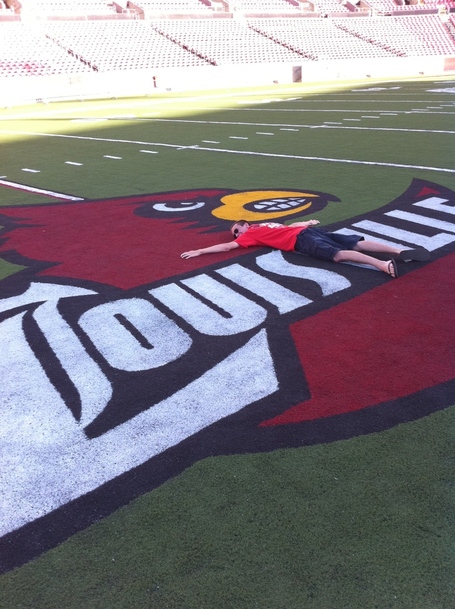 Eric Kiser claims that geting on Card Chronicle is "the last item on my U of L bucket list." Ok, well that's essentially an admission that you've bro-hugged Charlie Strong, which makes me jealous enough that I don't really want to post your picture.

One of these days I will ask a favor of you in return, Eric. It will likely involve you bringing over solo cups because oh my God all these people are over here and I just realized we don't have any.

More watch lists congratulations to offer up in the directions of Mario Benavides and Hakeem Smith.

Center Mario Benavides and safety Hakeem Smith of the University of Louisville, were named to national watch lists on Thursday. Benavides was named to the Outland Trophy Award Watch List, while Smith earned placement on the Jim Thorpe and Bronko Nagurski Award Watch List.

Thank you guys for all the prayers.. Just got my xray.. Broke my left foot.. Through this all god is good and I live for him..

Instead of asking god why me.. Why not me.. I'm blessed to even be alive.. Real talk..

Mark Ennis and I spoke with Jody Demling on "The Two Man Game" Wednesday night, and the new head of Louisville's Scout site unleashed the revelation that his second uncle is none other than Howard Schnellenberger. He also scoffed at the notion that he is a Kentucky fan, reminded folks that he graduated from U of L, and gushed about the Louisville Magic's performance at the Adidas National tournament.

You can catch the show in podcast form, right here.

Jabari Parker, the No. 1 player in the class of 2013, officially dropped Louisville from consideration earlier this week. His current list stands at ten teams and includes DePaul, a fact which marks the closest the Blue Demons have come to beating Louisville at basketball in ever.

ESPN's Andrea Adelson has a poll up today asking fans who the most valuable offensive player in the Big East will be. Young Theodore Bridgewater is on the ballot. 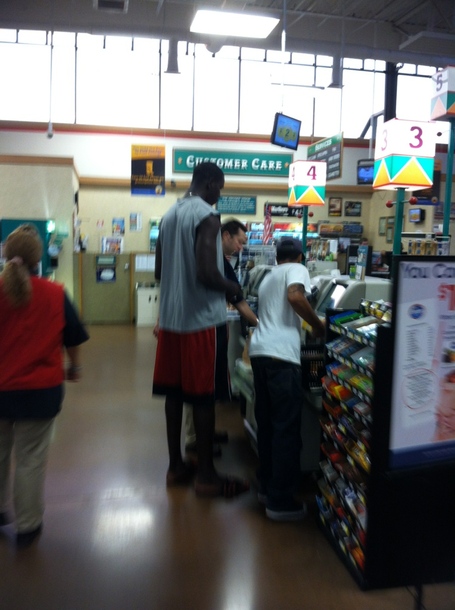 None of you will ever truly know how long I struggled to try and combine Kroger (pretty sure that's a Kroger) and Gorgui.

It's that puzzle piece that looks like it should fit perfectly, but just doesn't. Even though you know in the back of your mind it's fruitless, you still make about 55 attempts to force it in place.

WHAS goes one-on-one with Clint Hurtt (not an enviable position).

I've yet to see it for myself, but I've been told by a large number of folks that my Luke Bryan tweet has now been featured on CNN multiple times. It's certainly made its rounds elsewhere.

I've published approximately 8 billions words on the Internet so far this year, and now there's pretty much zero chance that anything I write will be more circulated than a one sentence dig at a country music singer. I'm the Matthew Broderick of the Internet.

Keeping telling yourself people are thinking about Glory when they see you in public, Ferris.

According to Adam Lefkoe, WHAS will have another exclusive with Louisville's own Woody and Buzz later today. 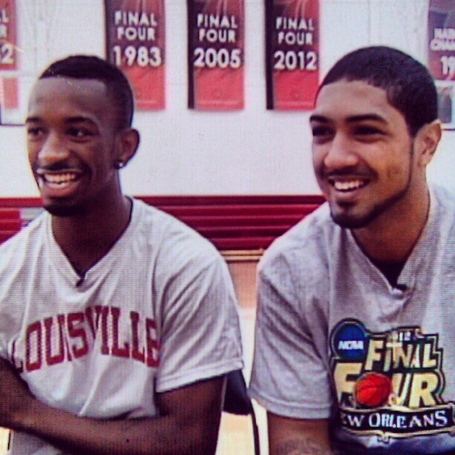 Eric Crawford gives the most in-depth take yet on the summer billboard wars.

It's all part of the psychological ops between the programs. The schools, of course, will deny such things. Don't be surprised. That's also part of the psy-ops. In fact, U of L was the first I remember getting into the billboard act with one titled, "Kentucky's Finest" that went into strategic spots around the state and featured Mike Bush, Eric Shelton, Brian Brohm and others.

UK's best score remains its billboard on Interstate 65 south just before you cross the bridge into Kentucky proclaiming that, "You are entering Wildcat Country."

Jurich, however, declared checkmate years ago when he obtained and commissioned a billboard high in the hills above Frankfort and I-64 heading west. It simply features a Cardinal's head logo and the word, "We're Miles Ahead."

That billboard, he will never give up. I think there's a provision to keep it going in his will. He doesn't really need any other billboards.

I still think a billboard that just says "RUSS" would be perfect. Not to get back at UK or anything, just, you know, because it'd be great.

The Louisville/Kentucky Final Four game was the 25th most-watched sporting event in America so far this year.

Undrafted rookies who play linebacker have had some success sticking with the Kansas City Chiefs in recent years. It's a trend which Dexter Heyman is hoping to continue.

All that, 'cause that Cats rule. 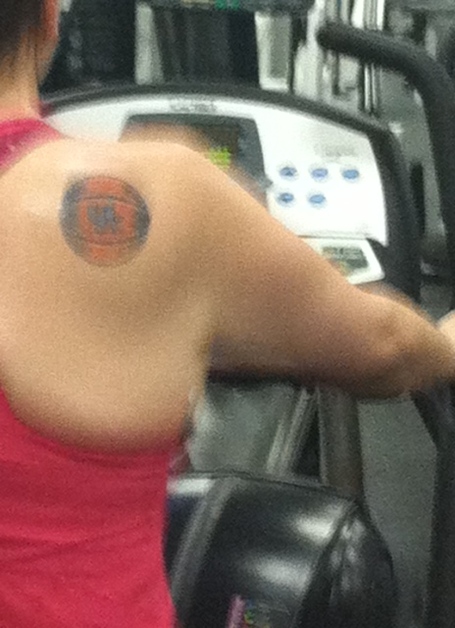 Here's the video of James Quick declaring Louisville to be his leader.

Rick Pitino and company continue to hand out scholarships to 2013 big men, the latest being Kentan Facey out of New York Lutheran. Facey, a native of Jamaica, is apparently very close friends with former Card Samardo Samuels.

Rob Gates, who it appears will be taking over for Jody Denmling on the C-J recruiting beat, reports on Anton Gill playing through an injury this week at the Adidas Invitational.

"I still get butterflies when coach P walks in," Gill said. "I'm glad they came and watched me, especially because I know they were skeptical of my ankle. I wanted to show them I wasn't going to do anything to mess it up for the future."

A top-30 prospect from Raleigh, N.C., said he was also doing "a little recruiting" in the game. U of L is in the final four for Florida Elite star Chris Walker.

"I told him a few times, ‘Look coach P is over there watching you'," Gill said. "I am talking to a lot of guys. I want us to have a great recruiting class."

Really think we're going to fall in love with this kid.

Quarterback commit Kyle Bolin from Lexington Catholic has been competing at the 7-on-7 national championships today, and is apparently faring quite well.

There's been a lot of buzz surrounding Venice, Fla. defensive tackle Dante Phillips, who was denied admission at Florida earlier this month. Phillips' step-father had previously said that his son wanted to play at Miami, but now there's talk that he may at least check out U of L before making any decision.

Phillips, who is rated as the No. 9 defensive tackle in the country by Rivals, has been cleared by the NCAA, so that isn't an issue. Obviously, landing a defensive lineman who had signed with Florida would be a monster get.

And finally, U of L has updated the Cardinal football roster once again, and it now reads that Teddy Bridgewater has increased his weight to 218-pounds.