What was supposed to be the culmination of Edgar Sosa's long road back to health has unfortunately turned into the beginning of a new recovery period.

The former Cardinal star, who suffered a horrific leg injury last September, was finally back on the court tonight during the Dominican Republic national team's exhibition against Team USA on ESPN. He played just a few minutes before coming up lame and appearing to clutch his left knee (the right leg was the one he broke last year). Sosa was taken to the locker room and did not return.

The hope was that the injury was a minor one to his ankle, but according to ESPN's Kevin Pelton, Sosa suffered a broken foot.

Just awful news for a guy who struggled so mightily over the past year to get back to this point. 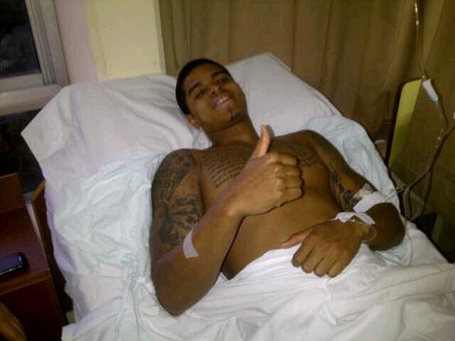 Card Nation is behind you, Sos.