Share All sharing options for: Stephan Van Treese Will Transfer From Louisville

The first major domino in the "where are these scholarships coming from" saga has finally fallen, as Scout.com's Evan Daniels reports that Stephan Van Treese will transfer from Louisville.

Van Treese's father told Daniels that his son has already applied for, and received, his release from U of L.

SVT's best season at Louisville was his second, where he averaged 2.9 points and 3.5 rebounds per game for a squad that overachieved and earned a four-seed in the NCAA Tournament. He was expected to play minutes as a backup at both the four and five positions last season before a left knee injury caused him to miss all but three games.

For his career at Louisville, Van Treese averaged 2.0 rebounds and 1.3 points per game. 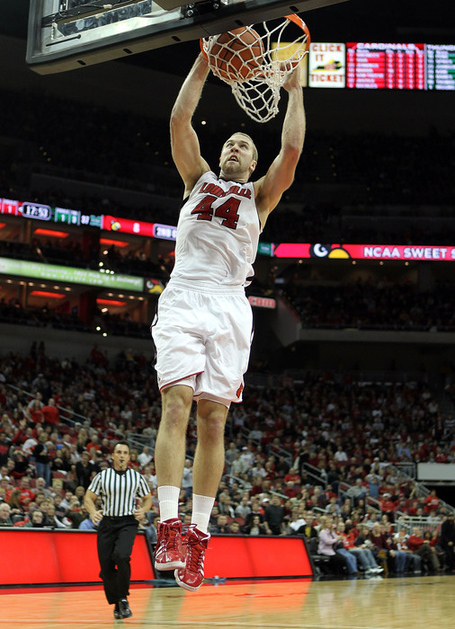 Van Treese's departure means sophomore Zach Price will likely get first crack at serving as the primary backup to junior center Gorgui Dieng. It also means that U of L's position players at the four will be limited to returning starter Chane Behanan, fellow sophomore Angel Nunez and incoming freshman Montrezl Harrell.

Someone make sure Mike Marra's Ok. 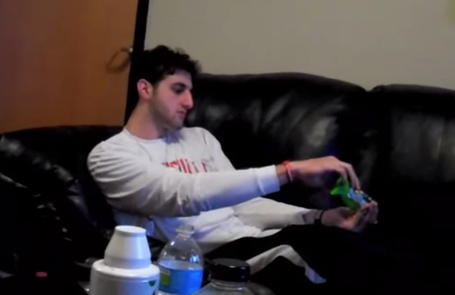 Best of luck to SVT wherever he ends up. We'll always have the South Florida dunk.