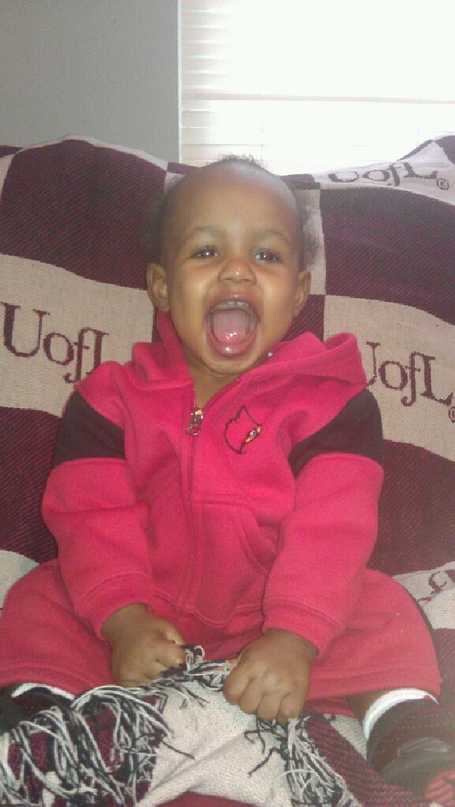 That is pure happiness on the face of Michael Jaylen right there. The kind of happiness that can only be known after a Cardinal victory or the cracking of one of those really tasty sunflower seeds. You know the ones I'm talking about? The ones that have that slight hint of being burnt? Yeah, that's the stuff.

Tom Jurich says this past season was the best of any he's had at U of L, and partially as a result of that the athletic budget will be greater than it's ever been for next year. Still, he acknowledges that the program is in a wait-and-see position when it comes to conference realignment.

Yet U of L - and its $71.5 million proposed budget for 2012-13 - can only wait patiently while the conference realignment shell game plays out.

"We've done pretty much all that we can do," Jurich said. "All of our options are the ones you read about, including the Big East. Right now we're a member of the Big East, so we're going to do everything in our power to make the Big East the best we possibly can." 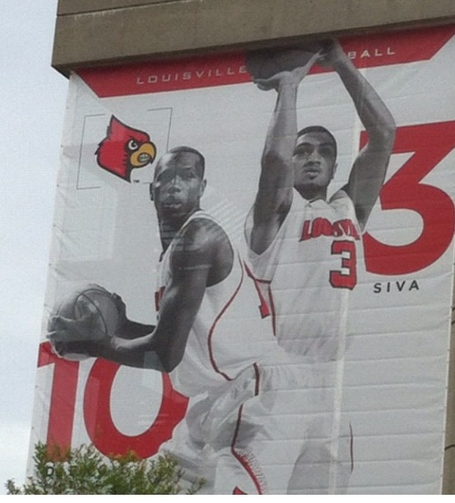 The ESPN.com staff ranks Louisville as the second best head-coaching job in the Big East.

1. Syracuse: Take away the snow, and what's not to like about Syracuse? With a ready-made fan base, a home court that sets attendance records and a rich tradition, the Orange are the class job of the league. The caveat: What happens when Syracuse heads south to ACC country?

2. Louisville: Some might be surprised to see the Cardinals this high, but consider the fact that Louisville offers a brand-new palace to play in, big budgets that currently have Rick Pitino among the highest-paid coaches in the nation and a passionate fan base with the backdrop of a basketball-mad state. Great tradition. Great job.

The team rankings for NCAA Football 2013 have leaked, and people are fahreaking out. Louisville's defense is given an 84 overall ranking and its offense an 86. Combine those two numbers and you get an overall ranking of...87? I've never understood video games anyway.

U of L is also given a prestige ranking of 3 (the scale runs from 1 to 5). Kentucky, for those who might be interested, is a 2.

Cats Illustrated: If the league did go to nine games, would that make you reconsider the Louisville series?

Eric Crawford with a strong first effort for WDRB.com (still feels really weird) as he tackles the topic of John Calipari's ever-expanding hubris.

On the flip side, U of L signee Nathan Mikolas was selected in the third round of the draft by the Yankees. Word before the draft was that Mikolas wouldn't end up at Louisville if he was drafted in one of the early rounds.

An interesting tweet from Chris Smith, who deleted it almost right after he posted it.

Andy Glockner takes a look at the ten most important senior returnees in college basketball, and leads off with Peyton Siva.

It feels like he's been around forever, especially if you've read George Dohrmann's Play Their Hearts Out, and now Siva is a big key for a Cardinals club that has the talent to repeat as a Final Four team. With the way the Cards defend, they don't need a ton of offense and improved decision-making and consistency from their floor general should help them improve on that side of the ball.

He also gives you full permission to celebrate this inclusion.

Louisville fan Paige Sherrard is a semifinalist in KSTV's casting call contest. If you'd like to see a Cardinal fan co-host the show with Matt Jones, you can vote for her here.

Good story on former Card Breno Giacomini, who heads into camp as a starter at right tackle for the Seattle Seahawks. 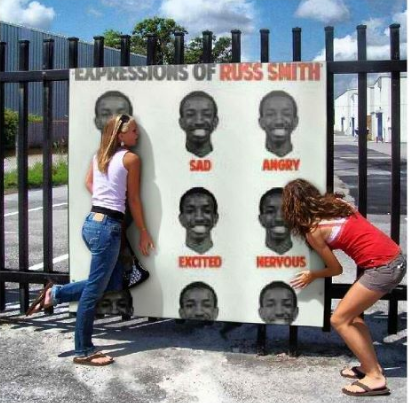 Former Louisville quarterback - and No. 18 jersey holder - Zack Stoudt's career at Ole Miss is over because of persistent back problems.

And finally, a terrific excerpt from Louisville-native Chris Brown's new book The Essential Smart Football, which looks at Charlie Strong's influence on the 3-3-5 defense (the excerpt, not the book...that was poorly written...it's why I don't have a book).

There are different styles of 3-3, and Strong's was of the attacking variety. On just about every snap, his linemen were instructed to attack a gap - the space between offensive linemen - and get into the backfield to make things generally unpleasant for offenses. This is an important difference between the 3-3-5 and the 3-4. The traditional 3-4 is a two-gap defense, which means that the defensive linemen typically line up "heads up" on the offensive linemen and are responsible for the gaps to either side. This leaves the linebackers free to roam. In the 3-3-5, there are more stunts, and usually at least one linebacker is rushing. This means each player ends up responsible for one specific gap, though the player's specific responsibility will change from play to play. The 3-3-5 is designed to make both pass protection and run schemes (particularly zone-blocking schemes that heavily rely on double-team blocks) difficult to the point of futility. The linebackers have varying assignments, from blitz to coverage, but they are still responsible for gaps. One important benefit of this type of defense is that it simplifies assignments for players: attack your gap and make a play. The problem is that it also puts a lot on the coaches to get the calls right. "Aggressive" might be a nice buzzword that implies a roving, attacking defense, but if that's all it means, the team running it is going to lose a lot of games. It must be done intelligently.

The excerpt is currently the feature story on Grantland.