Share All sharing options for: Louisville Pitcher Hears Name Called In Round 3

Junior right-hander Matt Koch became the first Louisville baseball player to hear his name called in this year's MLB Draft when the New York Mets selected him in the third round today. At overall pick No. 107, Koch is the fifth-highest Cardinal draftee in program history. 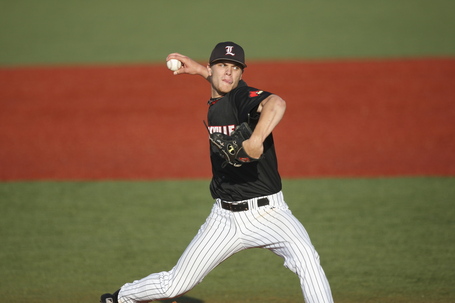