Strong And Company Have Louisville Focused On Kentucky

Share All sharing options for: Strong And Company Have Louisville Focused On Kentucky

Two summers ago word spread that Charlie Strong had set up the '09 Louisville/Kentucky game to play on a loop throughout the football complex in order to prepare the team for its season-opener.

This year, with the Battle for the Commonwealth again serving as the first game of the season for both the Cardinals and Wildcats, Strong and company have pulled out a few more stops to make sure the team is focused on its arch-rival. 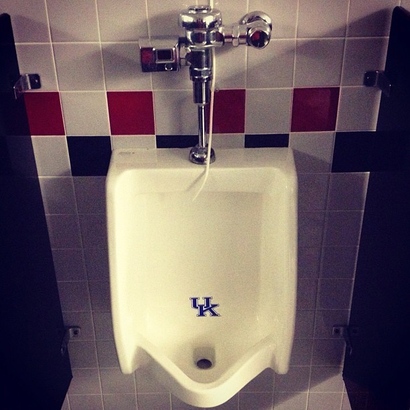 Incoming freshman Hunter Bowles tweeted the picture last night and it has since made its rounds on the Interwebs.

The picture looks photoshopped, and that debate has already been had out on other sites with no established conclusion. If it's not, I think the logo is placed a little too high. You never want the potential for splash-back to come into the equation.

UPDATE: Just got this picture taken by a former player in 2010: 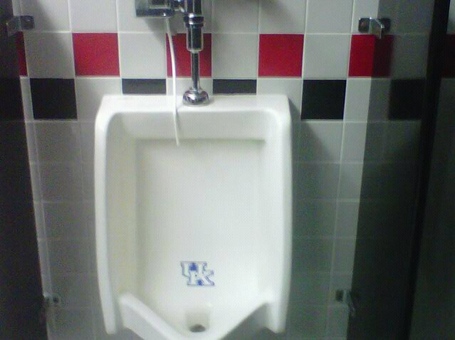 It's real and I enjoy it.