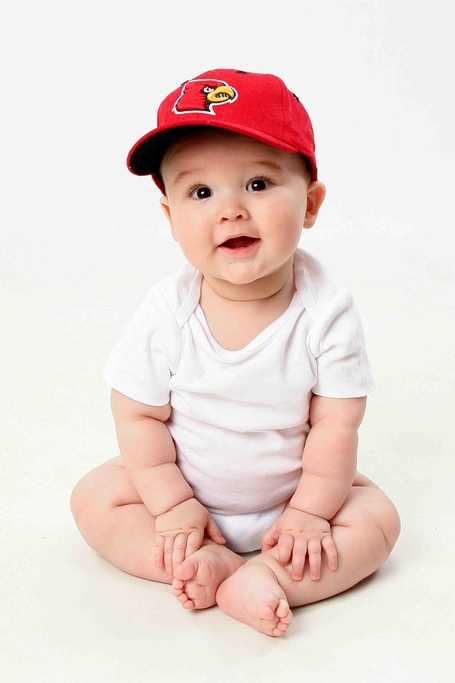 He also claims to be spearheading a movement called the "Summer of Babies For Fat Wayne." Told him the title needed work. Told me the New Orleans' diaries were a touch wordy. There was a level of respect inherent in both statements. We parted amicably.

The Louisville baseball team saw its season come to an end last night at the hands of an Arizona squad that looked as impressive as any in the country during regional play. Still, a season after missing the NCAA Tournament for the first time under Dan McDonnell, the Cards won 41 games and advanced to a Regional championship for the fourth time in six seasons. The program keeps doing big things.

Though the All-Tournament team for the Tucson Regional was predictably dominated by Wildcats, catcher Kyle Gibson and second baseman Nick Ratajczak did make appearances.

Louisville loses just four seniors off of this year's team, although Big East Pitcher of the Year Justin Amlung, and four-time All-Big East honoree Stewart Ijames will be especially difficult to replace.

The big news of the day is still the commitment of Montrezl Harrell, who had this to say earlier: "To put on the jersey with the No. 1 team in the country & play for the No. 1 coach out there. I can't wait." 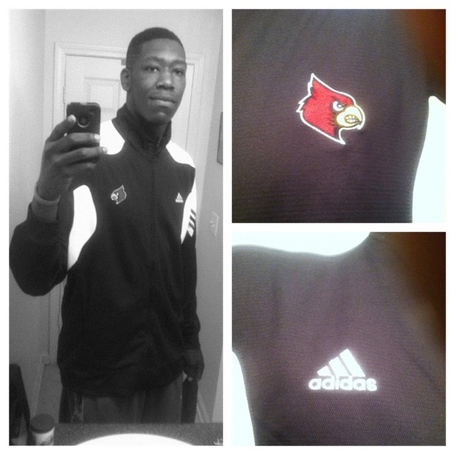 Harrell will enroll at U of L for the second summer session, which begins in July.

The other side of the story continues to be where Harrell's scholarship comes from. Scenarios are being tossed from ridiculous angles at an equally ridiculous pace, but basically there are three possibilities here:

1) Terry Rozier doesn't qualify and his scholarship goes to Harrell.

2) Someone currently on scholarship pays his own way next season.

3) Someone currently on scholarship elects to transfer.

It's simply a wait and see game for us as fans at this point.

Positive news for U of L generally spawns an exciting day of hard-to-read back and forths between Cards and Cats fans, but I've been amazed at the number of "haha, Louisville has 8,000 players" jokes I've seen from the other side today.

Seriously? Insulting a program for having too many players on its roster is an actual rivalry tactic? It's like saying, "Billy's such a f---ing loser, look how many friends he has and how many people want to hang out with him." It's a gambit that probably deserves a bit more thought.

On the flip side of the coin, I don't really like seeing Louisville fans attempt to downplay the fact that Kentucky is the current national champion of college basketball. I know we all look for talking points to gain the upper-hand against the other side, but that crystal trophy is a pretty strong trump card this offseason. I know it's a bitter pill to swallow, but biting the bullet and knowing how this feels right now would make it that much sweeter if the tables are turned 12 months from now.

It's not worth pursuing it its absence doesn't hurt you. Enjoy the present, be excited about the future, and ignore the trolls as best you can.

To clear up any confusion, the "L" at the end of "Montrezl" is silent. It's a bit disappointing when you find that out for the first time, but let's be honest, being able to casually say "Trez" during games is going to be pretty bad ass.

Two months off has been more than enough. I could definitely get right back into basketball mode tomorrow.

Harrell getting the expected Twitter treatment from Big Blue Nation:

Virginia Tech transfer Dorian Finney-Smith was also in town over the weekend, and his visit reportedly went well enough to make Louisville one of the favorites to land his services. Florida has been considered the most likely destination for DFS since he made his intent to transfer public knowledge, but a source close to the program told me today that U of L "absolutely" has a very real shot at landing the former top 30 recruit.

Though Finney-Smith would not be eligible to play next season, he would still require yet another scholarship. Even though they may not have to use it, the Cardinal staff obviously has a plan in place, and I'm very interested in knowing what that plan is. Yet another reason to hope versatile ACC All-Freshman honoree chooses to wear red and black...and white.

Yet another weekend visitor, five-star forward Jordan Mickey from the class of 2014, called his visit to U of L "a tough act to follow" and stated that the thing which stood out most about his visit was the relationship Coach Pitino has with his players.

There's also great news to report from the football recruiting world, where Trinity star James Quick has listed his top three as Louisville, Ohio State and Oregon, "in that order."

Regarding Louisville, Quick told Justin Roland of Scout.com: "I like all the players they have from here in their program. They've got a good staff. If I were to go there now they would have a good quarterback that could get me the ball in Teddy Bridgewater."

Everything about the football program right now is exciting.

#cardnation september 2nd we having blueberries for dessert

Chris Smith is among a handful of players who will be working out for the New York Knicks today. His brother, J.R., has spent the last two seasons with the Knicks.

Paintsville star Shane Hall (2014) will take an unofficial visit to Louisville on Tuesday.

Clearly the game has passed Rick Pitino by.

A few quotes from Trez (it's starting!) Harrell's father about his son's commitment:

"Adding him to the scenario, I think they feel like they can win a national title," Sam Harrell told SNY.tv by phone after his son, 6-foot-8 power forward Montrezl Harrell, committed Sunday to the Cardinals.

"He will bring a lot of energy to the floor," he said. "He will bring 110 percent to the court. He can get to the rack and rebound.

Harrell will get to spend at least a year playing alongside Behanan, a potential Big East Player of the Year and future pro.

"That's going to be great for him," Sam said. "He can learn a lot from Chane as well as the rest of the players on the team."

Whenever I start thinking too deeply about position depth or player rotations for next basketball season, I remind myself that 12 months ago I thought Russ Smith would either transfer or play less minutes than Tim Henderson in 2011-12. And I wasn't alone in that belief.

Things will happen eventually. Most talk right now is nothing more than that.

And finally, Mark Ennis and I will be back on the air tonight with "The 2 Man Game" from 8-10 on ESPN Radio 680. You can listen live (or in podcast form) on ESPNLouisville.com.