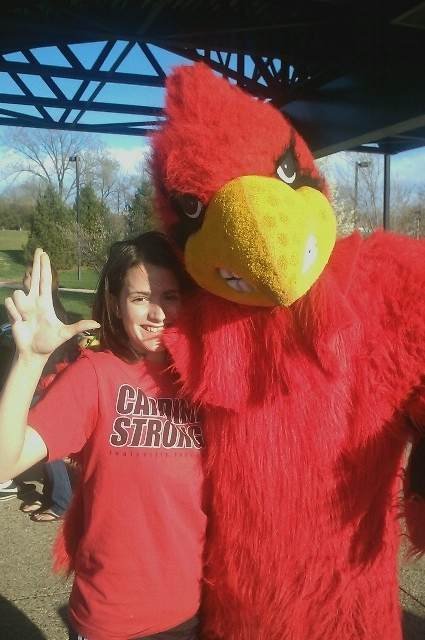 Recent U of L graduate Robin Hayden is apparently "easily the biggest Card Chroncle fan out there" and currently holding it down for the Cards in the sea of blue that is Corbin.

Beach Gorgui loves you, Robin Hayden. Lion-Chasing Gorgui values your friendship too much to take things to that next level.

Eric Crawford continues to kill it in the summer for WDRB, this time taking an insider's look at Teddy Bridgewater and Will Stein through the eyes of Shawn Watson.

"This is where they really get to know the game," Watson said. "I know it's coming back when I can hear Teddy articulate in detail why we're doing something. The how is the obvious. The why is the real reason. When he can see why he made an interception, study a decision error and tell whether it was a bad read or ball placement or poor pocket awareness or poor confidence, kicking and sliding in the pocket, those details mean a lot. . . . If a kid knows why we do something or why something happened, that means it's in their DNA. If we had a visiting staff in here, my goal would be that they know this stuff so well that our quarterbacks could get up and articulate a play on the board and explain the how and why of what we're doing, and why it works, just the same as I would."

"It's amazing. He watched the video in the winter and maybe was a little defensive, thinking, 'It wasn't really how coach saw it.' The other day Teddy came in and said, 'I can't believe I did what I did. That's not happening again.'"

According to the folks over at Big time Yurts, the "Lexington is for the Birds" billboard will be going up on July 9. We should all get drunk about it.

CBS unveils its annual "hot seat ratings" for D-I football coaches and has Charlie Strong as one of 31 coaches in the "can't be touched" range. 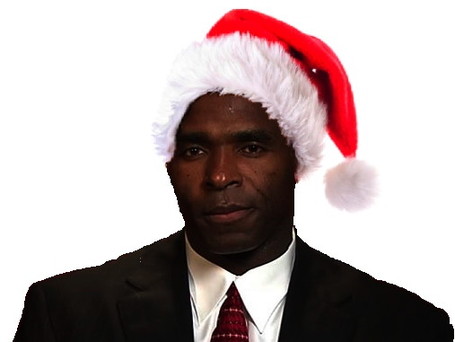 Enjoy the rest of your summer somewhere in between the Highlands and the East End. Wouldn't mind a Dark Slime t-shirt if you can find the time. Love you, bro.

Louisville recruit and former Central High star D'Angelo Russell took a visit to the University of Kentucky today, and reported back that it was "tite."

The Arizona baseball team that ended Louisville's season in convincing fashion is now just one win away from the College World Series title. I don't think anyone who watched more than 15 minutes of that Regional is surprised.

I will now go completely out of my way simply so I can drive by and casually point back at this sign: 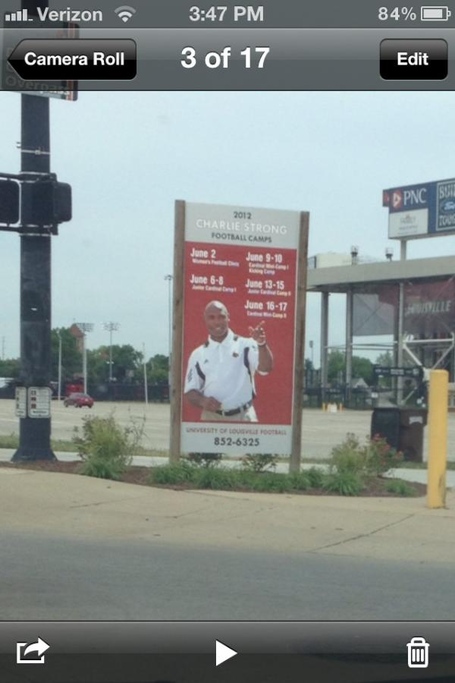 The famed Dirt Bowl - where, if you listen to certain people, a 3-month-old Darrell Griffith once dunked over Artis Gilmore - is returning to Shawnee Park.

Thanks to ESPN3.com, Louisville fans can now watch last year's wins over Kentucky, West Virginia and South Florida in their entirety. God you're a bad ass, Teddy.

The LCPT quarterfinals are in full swing with Karl Hess having already advanced to the Final Four and Matt Jones and The Courier-Journal currently doing battle. 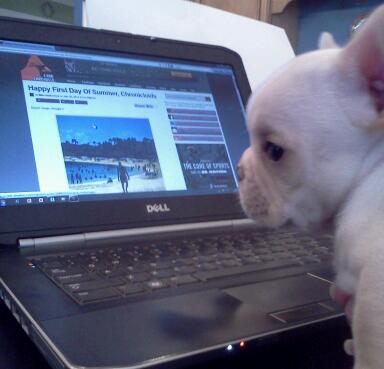 Best movie where the bad guy wins in the end? I'm going Silence of the Lambs with The Usual Suspects running a respectable second.

My real life began Saturday night when I saw this for the first time.

Troubled former Dixie Heights quarterback and Louisville recruit Zeke Pike has already been arrested for public intoxication down at Auburn. Pike was once kicked out of a 7-on-7 tournament for throwing the ball at an official, and was suspended from his final high school game for undisclosed reasons.

Pike is headed home to Kentucky for the rest of the summer.

The DeJuan Wheat basketball camp is taking place this week, and Wheat is getting some help from former classmate Jason Osborne. The camp will have another session at the Basketball Academy from July 16-19, which will run daily from 9 a.m. to 3 p.m.

For more information on sign ups and camp costs, go to dejuanwheatsports32.com.

Dour-star 2013 center Karviar Shepherd of Texas visited Louisville over the weekend and said he is "strongly considering" (subscription) becoming a Cardinal.

I'm not going to question the addition of any player named Karviar.

UPDATE: No idea why it's not letting people comment on this post, but the person responsible will be killed.