Share All sharing options for: 2011-12 LCPT Quarterfinals: Matt Jones Vs. The Courier-Journal

A classic battle of new media vs. old media. 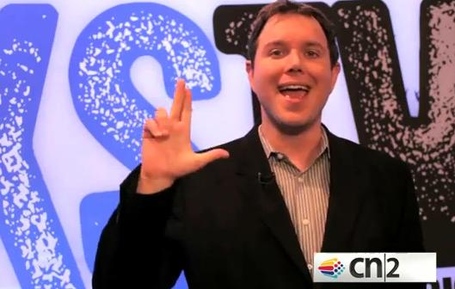 --Founder of KentuckySportsradio.com, host of KSR Radio and former host of KSTV.

--A sampling from last week: "UL's FB team is so unbelievably overhyped in their fans' minds, that if this UK team goes into Papa Johns and wins..well I may never shut up"

--Drew the ire of both Charlie Strong and Rick Pitino at various points in the season.

--Adopted a pay format for portions of its online content.

--Frustrated Louisville fans with its coverage of Cardinal sports, most recently with its "Pitino Tells Van Treese to Leave" headline for a story about basketball player Stephan Van Treese's transfer.

The polls on this one will close Wednesday morning at 10.