Almost immediately after news broke yesterday that Rakeem Buckles would be transferring to Florida International, Kentucky fans and a handful of national writers began harping on the fact that this was another instance of Rick Pitino "forcing a player out" or "running a player off."

These assertions came despite the fact that Louisville was no longer over the allotted scholarship limit, meaning Pitino would have no reason to force Buckles out. They also went against the words of everyone with knowledge of the situation, who reported that the decision was Rakeem's and Rakeem's alone.

Now Buckles has come forward and addressed the issue himself. 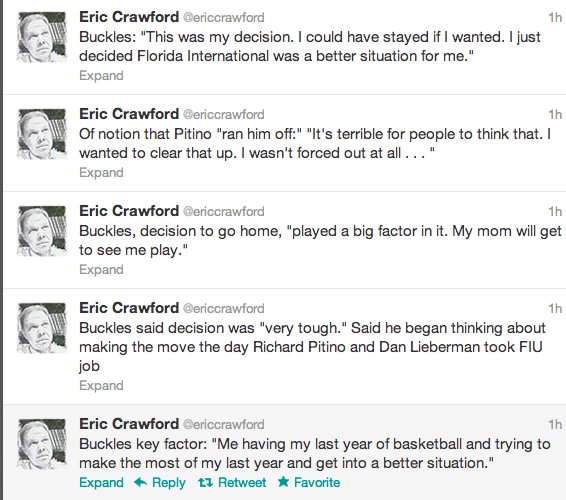 And later to The Courier-Journal's Michael Grant:

"This was purely my decision," Buckles said. "I actually came up to him and told him I was going to make that move. He respected me, obviously, because I'm going to play for his son. I could have stayed."

And that, as people sometimes say but more often write, is that.