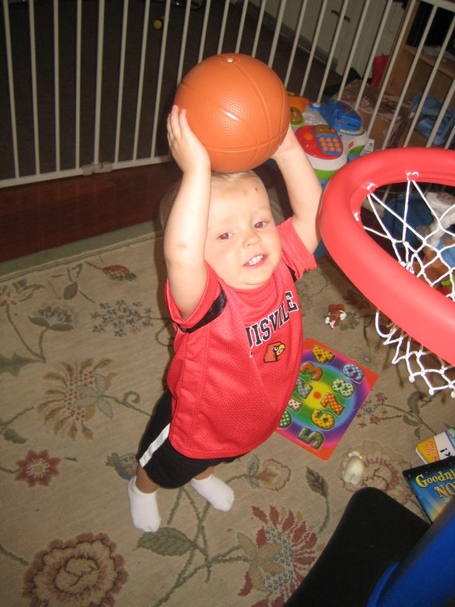 This is New Orleans native Henry, a Baby 4 Behanan who claims to be "showing Chane how to dunk with two hands" in this photo.

I think I speak for all of us when I say that I pray Chane sees this at some point before the start of next season. Henry's flawless and easy to mimic mechanics around the rim could easily be the difference between four and six NCAA Tournament victories.

Eric Crawford says Charlie Strong is excited that his team is getting some preseason love from various national publications, but that he also thinks fans may need to tone down their ever-growing expectations

"Well you know one thing we need to do, let's tone it down with the fans, No. 1, because expectations are out there," Strong said. "You look at the first two years, we were picked last and this year for some reason people think we're going to have this outstanding football team. It's all about work, it's all about our players understanding that you still have to go play the game."

Athlon Sports is out with its Big East Conference football picks for 2012, and U of L is listed as the conference co-favorite along with South Florida.

Strong says, "We have to remember where that's coming from." Which is a nice way of saying if the magazine was wrong about the "step back," what makes anyone think they're right about the "big leap."

Lower my expectations? Ok, I'll do that right after I ask the Versace Mansion people to give me back the deposit I've already laid down for the CC New Year's party in Miami.

The fine folks over at Big Time Yurts have sold their goal of 900 bumper stickers and will be going ahead with the "Lexington is for the Birds" billboard in Lexington. Credit those guys for having a big idea and seeing it through.

According to TheRecruitScop.com, Louisville has offered class of 2014 power forward Noah Vonleh, who is "definitely interested" in the Cardinals. Vonleh is currently ranked No. 2 overall in the class by Rivals.

This one is particularly notable:

If you haven't heard the news yet, I recommend you grab a drink or 52 and brace yourself for what you're about to read. .

In 16 seasons as a head coach at the NCAA Division I level (DePaul, Richmond, UNC-Wilmington), Wainwright led his teams to a total of seven postseason campaigns (three NCAA berths and four NIT appearances).

"We are very grateful to add coach Wainwright as the final member of our staff," Williams said. "I have known coach since early in my career and have always been humbled by his willingness to share wisdom with me as I have advanced.

"I never knew as we were building our relationship, that an opportunity like this would ever materialize, but I am very grateful that it has," Williams added. "His wealth of knowledge and experiences will help everyone in our program on one level or another."

Cartoon Jerry is back in the Big East, and working for one of Louisville's biggest rivals. 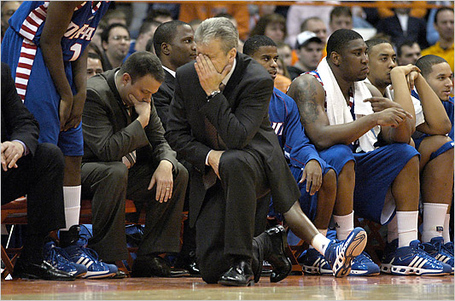 There is no aspect of life that isn't changed by this. Nothing is the same. Nothing will ever be the same.

I asked you last week, and you responded in a big way. With over 2,600 votes cast, Louisville quarterback Teddy Bridgewater is the hands-down winner of my highly unscientific poll. Bridgewater received 41 percent of the vote, far outpacing USF quarterback B.J. Daniels, who received 21 percent.

The "other designation" received 16 percent of the vote, then Syracuse quarterback Ryan Nassib, with Cincinnati quarterback Munchie Legaux in the fifth spot.

And speaking of Teddy, his locker prepares for impending greatness: 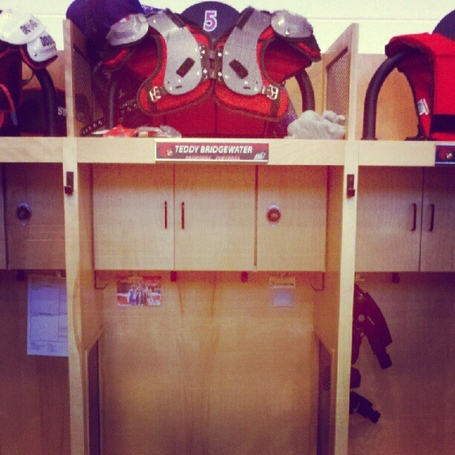 Alex Kupper is close to being back to 100% after going down with a knee injury during the spring game in April.

Kupper's road back is almost complete. He has worked hard to strengthen that knee and is close to returning to the form that made him one of just three linemen to start all 13 games for the Cardinals. He opened the year as the starting center because of an injury to Cardinals' slated starter, Mario Benavides. However, Kupper moved over to left tackle and was a mainstay at that position all season.

"I feel great," said Kupper. "I'm almost back. In a couple of weeks, I start run progression and jump progression. Then, I will be able to get into a stance and then I'll be ready to go. I'm rehabbing every day, and sometimes a couple times a day. I rehab as much as possible, because I have all this time. I'm hoping to come back to full strength in a couple of weeks. The goal date for me to be back at full strength was in July so I'm pretty close to that. I'm doing a lot of upper body work right now and starting to do a little bit of squatting on my legs."

Andrea Adelson looks at the intensity surrounding the Louisville/Kentucky rivalry game despite it being more than 70 days away.

Really happy for Sheldon Clark, he's worked hard for this.

Syracuse announced today that it's Nov. 10 home game against Louisville will be its Homecoming game. 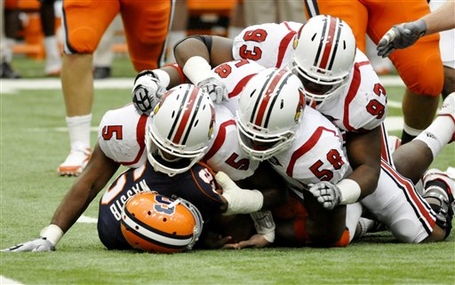 Brian Wardle is still probably best known amongst Card Nation as the crew-cutted Marquette freshman whose buzzer-beating three-pointer crushed Louisville in '98 and sent then head coach Mike Deane into his now infamous postgame celebration on the Freedom Hall floor.

Well, he's currently the head coach at Green Bay where he made some positive impressions on us last fall, and is now back at it again with the following recruiting pitch: 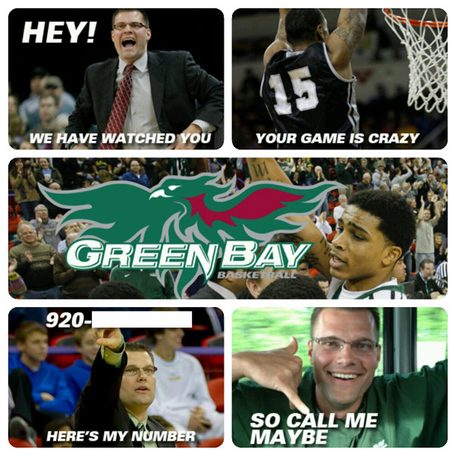 You're all right, Wardle.

Bob Huggins has his mind on major goals this offseason.

And finally, according to Adam Lefkoe, Terrence Williams has (kind of) apologized for his relatively infamous comments about last year's team.

He's got some other noteworthy quotes on his timeline, including Mario Benavides saying Teddy Bridgewater and Will Stein are "like Rob and Big."

These are happy times.