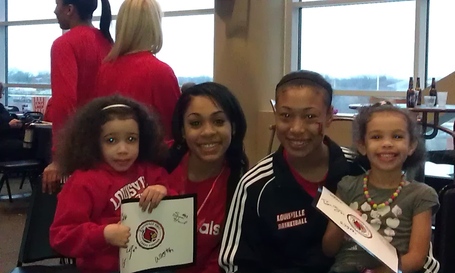 Hanging out with the women's basketball team is the only cure for the Monday blues...at least for one of these young ladies.

Programming note: Mark Ennis and I are back on the air tonight from 6-8 on ESPN 680. You can listen to the show at your leisure on ESPNLouisville.com.

Mike DeCourcy of The Sporting News says the addition of Montrezl Harrell could be what propels Louisville to a national championship in 2012-13.

He watched Pitino push the Cardinals through offseason drills, got a look at the weight facilities and what would be demanded and saw himself improving in such an environment. Instead of merely trying to push Tech into the NCAA Tournament after so many narrow misses, he'll attempt to help Louisville toward a national championship.

"The campus is great. The YUM! Center is amazing, one of the best facilities out there," Harrell said. "The fans down there are great. The team - everybody was there except for Gorgui. They kind of treated me like I'd already been there for a year.

Also, congratulations to Harrell on being one of 12 players to make the USA Basketball u-18 team.

Big man Moses Kingsley, who has emerged as one of Louisville's top targets in the class of 2013, will play his final season of high school ball at Huntington Prep. Considering U of L's great relationship with Huntington head coach Rob Fulford, I'd say this is solid news.

Adrian Bushell finds the early talk coming out of Lexington Basketball Academy to be quite humorous.

Lmao at Uk football team! These dudes can't be serious!..

@Thumper_Santiga These crabs really think they are going to win! 0_o can't be serious!

Related story: I'm now referring to all people I don't care for as "crabs."

U of L commit Quentin Snider reportedly continued to improve upon his monster summer with a great performance at the Nike Elite 100 Camp over the weekend. ESPN's Dave Telep said Snider "solidified his standing as one of the best combinations of delivery man and scorer."

The Big East is suing again. This time it's TCU for breach of contract. 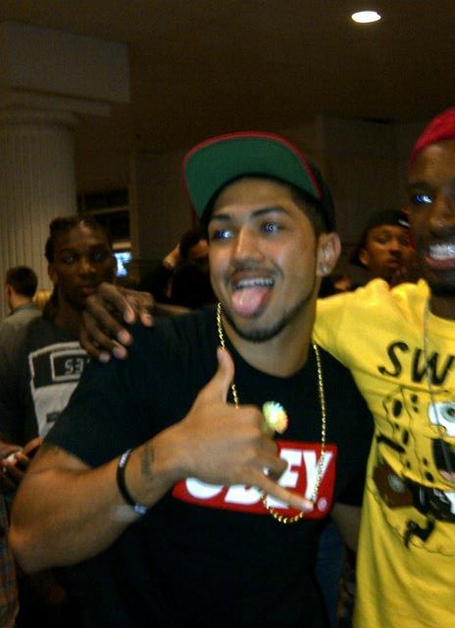 I am in weddings on two of the dates on this list. My friends and family are equally deplorable.

Cincinnati's student newspaper ranks the Bearcat basketball team's win over Louisville as the 6th-best sports moment of the past year.

At the hands of Cashmere Wright, who accumulated 22 points and a career high six 3-pointers, the Bearcats recorded their first back-to-back 20-win seasons since 2005 and 2006. With solid efforts from Gates (10 points, 10 rebounds), Kilpatrick (12 points) and Dixon (11 points). Head Coach Mick Cronin was able to defeat his former mentor, Rick Pitino. The sell-out game was also one of the Bearcats many upsets of the season, as Louisville was ranked 17th at the time.

Freshman running back Brandon Radcliff enjoying his time on campus so far: 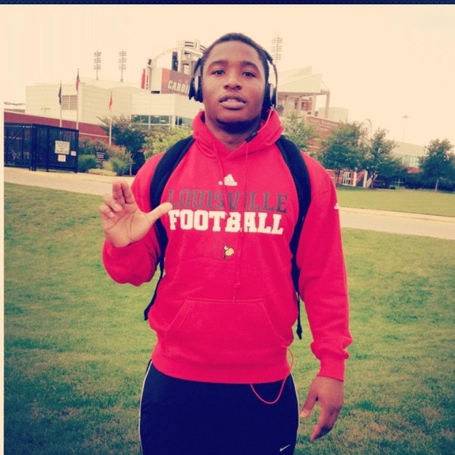 The 2011-12 Least Cool Person Tournament is underway with a pair of first round matchups. Voting ends on Wednesday for...

Mark Nordenberg vs. The Courier-Journal

And finally, familiarize yourself with the name Harry Dumervil. He's the cousin of Elvis, and he's 6'8, 400-pounds, and 16-years-old.