The Golden Nugget is the first bricks and mortar casino to release its college football odds for 2012, giving lines for 111 regular season games on Monday morning.

Among those games is Louisville's Sept. 2 season-opener against rival Kentucky, a tilt where the Nugget has the Cardinals as an 11.5-point favorite. 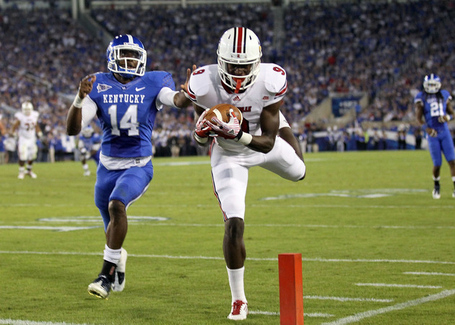 Based on the spreads we've seen thus far, it's looking the actual number come the last week of August will be somewhere between 8-11 in the direction of the good guys.