Share All sharing options for: Greg Scruggs Drafted By The Seattle Seahawks

Congratulations to Greg Scruggs, who was selected in the 7th round of the NFL draft today by the Seattle Seahawks.

The powers that be in Seattle have given early indication that they'll be looking for Scruggs to play the five-technique defensive tackle to begin with.

Scruggs suffered through the worst of the worst during the first half of his Louisville career and then was one of the best ambassadors for the program during the first two years of the Charlie Strong era. His DUI arrest and subsequent Belk Bowl suspension marked an extremely disappointing end to his run as a Cardinal, but he handled the situation as well as a person can. Now he's put himself in prime positon to make a living playing football. 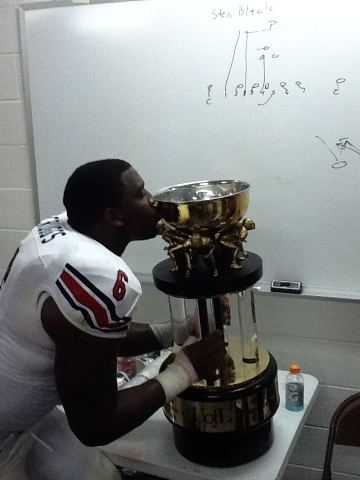