Share All sharing options for: College Basketball's 20 Best Transfers For 2012-13

Transfer talk has dominated the first few weeks of the college basketball offseason, but most of the names involved won't be heard from again until the 2013-14 season. There is, however, a large crop of players who made the decision to take their games to new campuses around this time last year that will make a large impact on the sport when sneakers start hitting the hardwood again in November.

Here are the 20 top transfers to keep an eye on heading into next season:

Oriakhi had a disappointing junior campaign at Connecticut thanks in large part to the addition of McDonald's All-American center Andre Drummond. After averaging 9.6 points and 8.7 rebounds for the 2011 national championship team, Oriakhi saw those numbers dip to 6.7 and 4.8 in 2012. He appeared wildly unhappy for the bulk of the season and vocalized his displeasure multiple times on Twitter. In his final collegiate season, Oriakhi figures to provide the inside presence that Frank Haith and Missouri were sorely lacking a season ago. He is eligible to play immediately because of UConn's postseason ban due to poor APR scores.

Hancock, who is perhaps best known for hitting the game-winner against Villanova in George Mason's 2011 NCAA Tournament round of 64 victory, made such a large impression during his "sit-out season" at Louisville that the players voted him a co-captain for the 2012-13 campaign. The versatile junior, who averaged 10.9 points and 4.9 assists during his last season as a Patriot, was consistently referenced by Rick Pitino as the best player on a U of L squad that ultimately crashed the Final Four. He'll have an opportunity to come in and start right away in a Cardinal backcourt that already features fellow captain Peyton Siva. 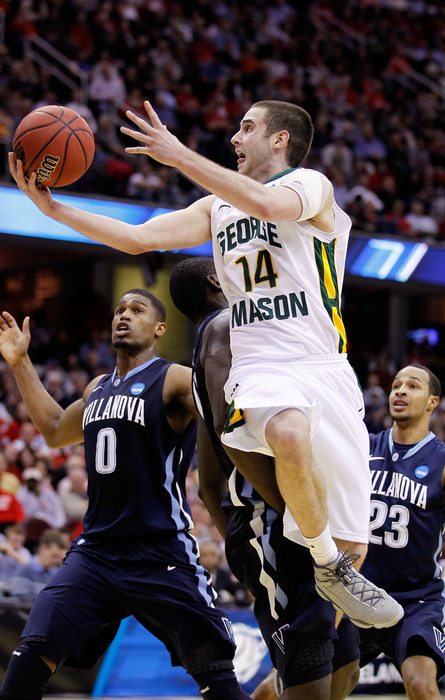 Harrow may be the most important addition at Kentucky, which has already locked up a quartet of top 50 freshmen-to-be and figures to add at least one more at some point. The former five-star recruit was wildly inconsistent during his one season at NC State, but has the quickness and overall skill set to thrive in John Calipari's system. Folks who took in Wildcat practices a season ago consistently reported Harrow getting the better of freshman Marquis Teague, who figures to be selected in the first round of this June's NBA draft. He's the only point guard Calipari is bringing in, which means the ball will be in his hands from day one.

The senior sharp-shooter connected on 42.2 percent of his 595 three-point attempts over three seasons at Arkansas. He led the Razorbacks in scoring (15.2 ppg) as a junior, and made national headlines for hitting 13 treys and scoring 51 points against Alcorn State the season before. He'll provide the big-time scoring threat that Brad Stevens and the Bulldogs were missing in 2011-12.

Perhaps the best pure scorer on this list, Bell averaged a team-high 18.9 ppg for the Waves in 2010-11 before being dismissed in Feb. for "conduct detrimental to the team." Bell, who has one year of eligibility remaining, also battled wrist and ankle injuries during his three years at Pepperdine, but says those have been resolved.

Birch, who was Jamie Dixon's highest-rated recruit ever, left Pitt after just ten games and did not do so quietly. After announcing his intent to transfer, the former McDonald's All-American blasted Dixon for forcing him to play out of position and scolded his former teammates for their selfishness. He'll likely fit in better at UNLV, where the similarly sized and skilled Mike Moser has thrived since transferring from UCLA.

It's likely that no player on this list is more eager for vindication than Drew, whose midseason transfer in 2011 made room for Kendall Marshall to take over at the point and was viewed by many as the catalyst to North Carolina's two ACC championships and trip to the Elite Eight. With perhaps the country's top recruiting class entering the fold, Drew won't be asked to shoulder a heavy chunk of the scoring load in Westwood. What he will be asked to do is distribute and cut way down on the turnovers that plagued his career at UNC.

Lucious was dismissed in Jan. of 2011 after an up-and-down two and-a-half seasons at Michigan State. He didn't shoot the ball particularly well as a Spartan, but he did play a role on two teams which made it to the Final Four. He's the second guard with one year of eligibility remaining to transfer from MSU to Iowa State in as many years, joining Chris Allen, who helped guide the Cyclones into the NCAA Tournament round of 32 last season.

The biggest recruit to commit to LaSalle in over a decade, Murray led the Explorers in scoring (15.2 ppg), rebounds (7.7 rpg) and blocks (2.3 bpg) as a sophomore in 2011-12. Despite his status as a former top 50 recruit who can put the ball in the basket, Murray is a terrific on-ball defender, an asset which is huge for a West Virginia team that has to replace the pesky Truck Bryant.

Fred Hoiberg has had tremendous success with transfers already during his brief tenure in Ames, and Clyburn figures to provide the latest bullet to that resume. The versatile three averaged 17.4 points and 7.9 rebounds for Utah in 2010-11.

Ross isn't the same type of shooter that Missouri fans became accustomed to last season, but he does provide a physical presence that the last Tiger backcourt was lacking. Despite shooting under 30% from beyond the arc, Ross led Auburn in scoring (13.1 ppg) as a sophomore in 2010-2011. He was also the team's leading rebounder at 6.6 boards a night. 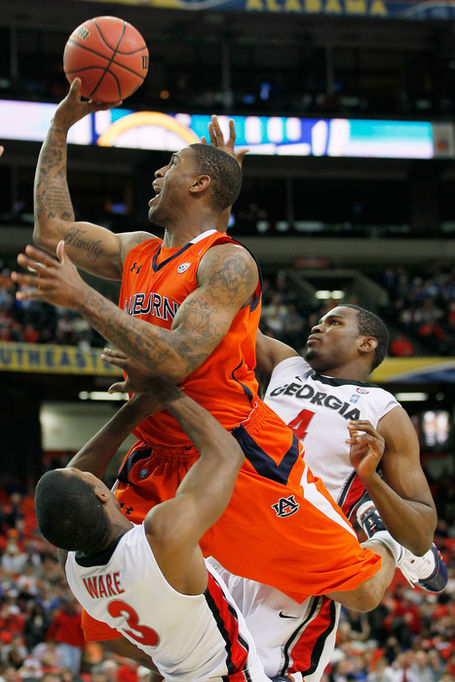 In his first and only collegiate season thus far, Staten - a former four-star recruit - averaged 8.5 points, 5.4 assists and 2.1 rebounds. He led the Atlantic 10 in assists, and his assist-to-turnover ratio was an extremely healthy 2.09. The downside was that he shot just 38.8 percent from the floor and an abysmal 15.4 percent from beyond the arc.

Jackson, who led the Cowboys in scoring (14.6 ppg) and was second in rebounding (4.9 rpg) as a sophomore in 2010-11, might be the biggest beacon of light for first-year head coach Barry Hinson.

Armstead will be a huge addition for a Shocker team that is losing Joe Ragland and Toure' Murray from its backcourt. He averaged 8.6 points and 4.4 assists during his final season in Eugene.

The the 6-9, 218-pound former McDonald's All-American was a massive disappointment for Frank Martin, averaging just 4.0 points and 3.2 rebounds over two seasons. He'll get a second shot at stardom in the Big East.

The 6-foot-7 forward averaged just 5.6 points per game as a sophomore, but showed flashes of brilliance during UConn's run to the national championship. He had a total of 64 points in a three-game span in February (25 against Providence, 23 against Georgetown, 16 against Louisville). He'll be a matchup nightmare for many teams in the CAA.

After making the Missouri Valley All-Rookie Team as a freshman, Teague averaged 8.6 points and 5.3 rebounds during his second and final season as a Saluki. With Herb Pope lost to graduation, the 6-9 big man will have an opportunity to come in and compete for a starting spot right away.

The 6-10 center started 29 games over the course of two seasons in East Lansing, but averaged just 3.1 points and 2.6 rebounds as a sophomore before announcing his intent to transfer. He figures to be a better fit in Mike Brey's slow-down offense. 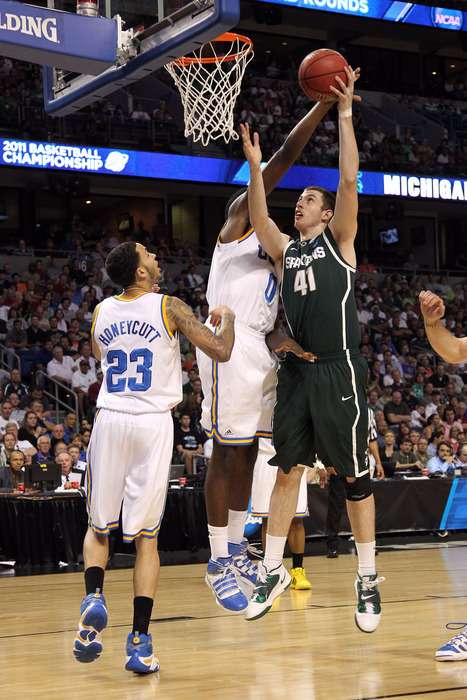 Poole left Kentucky last November after playing a total of just 45 minutes and scoring only four points as a freshman. The former top 40 recruit is eligible to play this season since he didn't appear in any games for UK during the 2011-12 season.