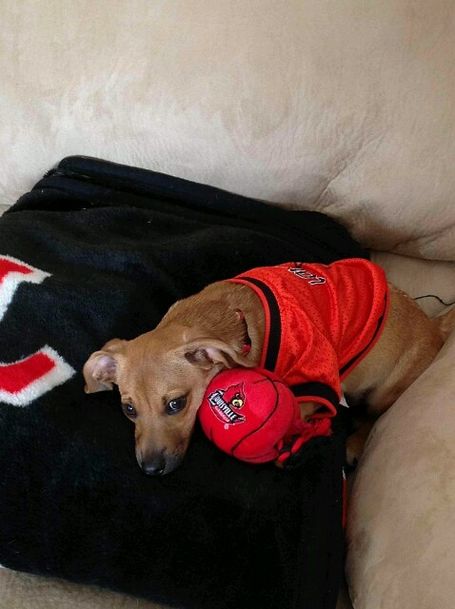 There was a lot of buzz yesterday about Louisville possibly picking up former Va Tech commit Montrezl Harrell as a late addition. Remember that the Cards don't have a scholarship to offer right now, so if the coaching staff is interested, it may say something about the eligibility concerns of Terry Rozier. The other possibility is that someone could be leaving. Considering that Harrell plays the four, the first name that jumps out is the injured Rakeem Buckles.

The final, and most likely possibility, is that Harrell won't end up here and there's really nothing that needs to be delved into too deeply here.

Louisville might be dominating Kentucky on the baseball diamond, but it's time for Cardinal fans to step it up in a more important arena.

From Katlyn and the email vault:

I'm a student at UofL and an intern with a non-profit, the Kids Center for Pediatric Therapies. The Kids Center is an amazing place on Eastern Parkway, near campus, that provides speech, physical, and occupational therapies to children, and never turns anyone away if they are not able to pay. Because of that, the Kids Center still falls about $700,000 short each year after grants and the little medical billing they do, and they must fundraise to meet that goal.That's where I come in, as an intern, I have started the Cards for Kids Internship Program, designed to help get UofL involved in their fundraising efforts. We are currently less than one month away from their annual Walk and Roll, a 2 mile walk in downtown Louisville on May 19th. Unfortunately for us (good for the kids), UK fans here in Louisville have started their own Cats for Kids team, and have raised a LOT more money than we have. I have access to the student population, which does not have much money to give. I'm looking to get the word out to UofL fans everywhere! I was wondering if there was any way you would be able to post about this on Card Chronicle, letting people know we're losing to UK, and that they can help. I would really appreciate any help you could give. This is the link to the Kids Center website that has more information about the charity kidscenterky.org. And this is the link to the Cards for Kids fundraising webpage, where people can donate online to our Cards for Kids efforts www.firstgiving.com/fundraiser/cardsforkids/WalkandRollforKids2012. And just so you know, we have raised $186, the Cats for Kids have raised $4,245, so we can use all the help we can get.

Louisville has won 6 conference championships this year...No other school has more than 4...Most overall school in the country? I think so

The ninth-ranked Louisville softball team heads to Bloomington today for a non-con tilt with Indiana.

Four-star Miami Northwestern CB Artie Burns decommitted from Alabama yesterday. When asked his new top five: "I would say FSU, The U, USC, UofL and LSU."

Our man VinylRichie with some very awesome sketchings of Peyton Siva and Michael Bush: 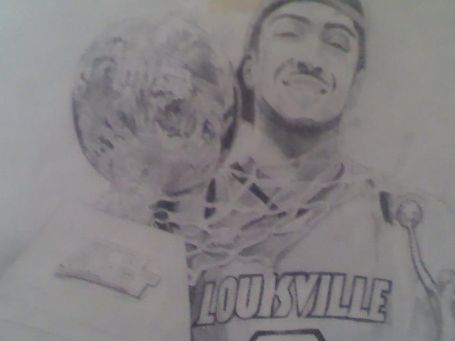 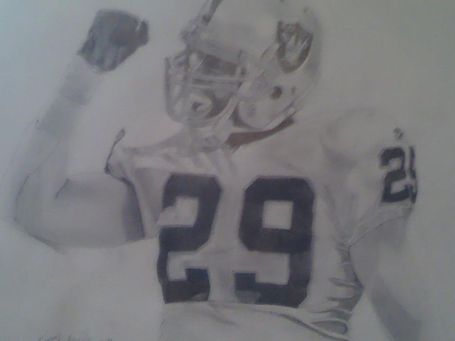 Couldn't roll over in bed with my eyes open from the ages of 6-9. If you saw Ernest Scared Stupid, you know why.

Rick Pitino said earlier this month that he'd like to get Indiana on the schedule for next season and that he'd speak with Tom crean about it in the coming months.

Crean today on the progress with getting that game scheduled: "We're nowhere. It's not that it can't happen down the road. I don't see it happening this year."

Well all right then. 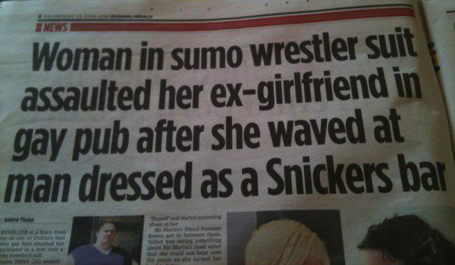 Seriously, there has got to be some major Ron Cooper news that's going to break at some point this week. We need to make sure nobody gets left out.

This is generally the period where we find a bizarre recruiting story or one of our players gets nominated as the hottest male athlete in the world by a gay sports website, or something else along those lines. Yeah, we need something like that to happen because we aren't far enough removed from basketball season for me to have much creative motivation. Obviously.

And finally, if you haven't checked the 153 Russ Smith things thread since it was first posted (or at all), do that now. It's incredible.