Former U of L track star Wesley Korir won the Boston Marathon on Monday with a time of 2 hours, 12 minutes, 40 seconds.

Korir, a two-time winner of the Los Angeles Marathon, is a permanent United States resident but a Kenyan citizen. His performance on Monday may have earned him a spot on the Kenyan Olympic team for the 2012 games in London.

"To me, I think running the Boston Marathon is an Olympic event," he said. "I don't care what comes up after this, but I'm really, really happy to win Boston." 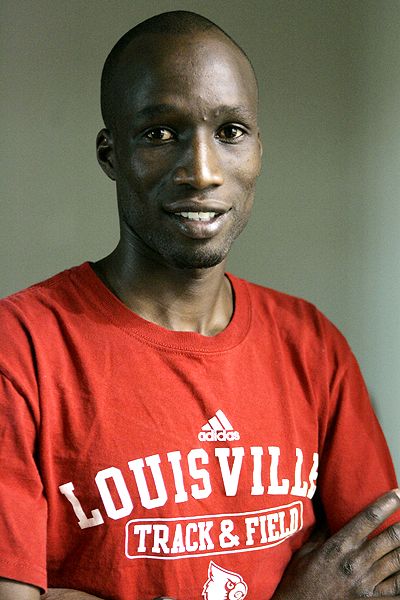 Korir attended college at Murray State before transferring to Louisville where he graduated with a biology degree. He is hoping to receive American citizenship within the next two years.

The winners of the Boston Marathon receive $150,000. Korir and his wife, Canadian runner Tarah McKay, run a foundation in Korir's hometown of Kitale and have been building a hospital in the memory of his brother Nicholas, who was killed by a black mamba snake at the age of 10.

For more on Wesley's story, check out this ESPN.com piece from 2010.

Congratulations to a guy who has generated nothing but high-praise from all those who know him.