Terry Rozier excited U of L fans during the Derby Classic last week with his ability to finish in transition. But the Cards only signee in the 2012 recruiting class still has to finish strong academically before he'll be eligible. It could take the summer months to play out.

"I have to bring my grades up a little bit more and get the ACT score that I need," Rozier said.

C.L. Brown goes on to state that while he doesn't think Rozier's situation is as bad as 2010 signee Justin Coleman (who ultimately did not qualify), it's still "serious enough to monitor." 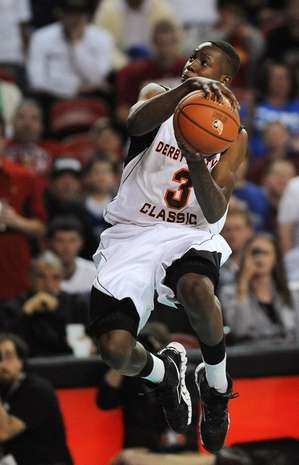 Thunder, Oaks, Derby, Thirsty Thursday at Slugger Field, Forecastle, St. Joe's Picnic, constant worrying over whether or not our basketball recruits will be healthy and eligible by November; this is what Louisville does in April-August.