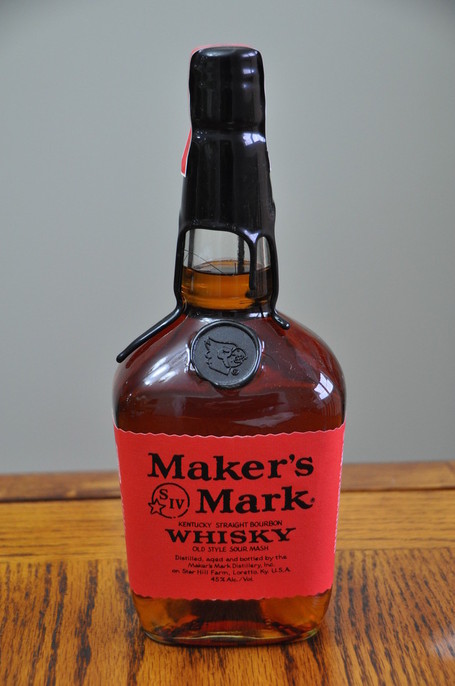 Congratulations on another successful distribution of this year's "Keeneland Bottle" featuring former University of Kentucky Quarterback and hometown hero Tim Couch. Although I am not a Kentucky fan, I have always been a big fan of these bottles given the quality of their design and what they represent to the Commonwealth. Although I won't be purchasing this specific bottle for myself, I will gladly do so as a gift for a friend of mine who is a big supporter of University of Kentucky Athletics.

I am also a big supporter of Maker's Mark as a staple and landmark of the state of Kentucky. I recently participated in a tour of your facilities during the holiday season and enjoyed my time in Loretto, Kentucky. Thank you for such a great experience.

Coach Pitino has played a prominent role as the basketball coach for both major universities in this state for over two decades. In his time as coach for the University of Kentucky and University of Louisville, he has established himself as a sure-fire hall of famer by amassing several hundred victories, making it to multiple Final Fours, and winning a championship at Kentucky, for which you proudly made a bottle in support of his team's accomplishment.

Not only has he won at Louisville, he has also been a major factor in the upgrade of Louisville's athletic facilities. According to Louisville Athletic Director Tom Jurich, had it not been for Pitino, the KFC Yum! Center would never have been a reality. Pitino was also a catalyst for the Yum! Practice Center, as well as Billy Minardi Hall, both state of the art facilities built for the University and its basketball team. He has not only been integral to the further development of the city of Louisville and its University, but his charitable footprint in the Commonwealth stretches west to Owensboro, home of the Daniel Pitino Shelter. In short, he has been a great ambassador for this state.

The city of Louisville, its students, graduates, and fans are big supporters of Maker's Mark. Had the company not done such a great job with its bottles featuring University of Kentucky Athletics, this request would likely not have been made. Again, congratulations on your most recent release and we hope a bottle featuring the University of Louisville, a proud part of the state of Kentucky, is in your plans moving forward.