U of L Basketball Celebration Set For April 17

Share All sharing options for: U of L Basketball Celebration Set For April 17

Here are the deets:

University of Louisville fans can celebrate the Cardinals' successful 2011-12 men's basketball season which culminated in the NCAA Final Four on Tuesday, April 17 at 5:30 p.m. at Fourth Street Live! in downtown Louisville.

The team will participate in the event with the UofL spirit groups and video presentations adding to the festivities. The Cardinals won 30 games -- the sixth most in school history -- won the BIG EAST tournament championship and advanced to their ninth NCAA Final Four while facing the nation's second-toughest schedule. 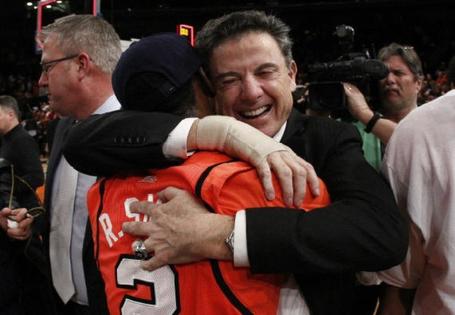 I have two demands:

1) Russ Smith speaks at some point.