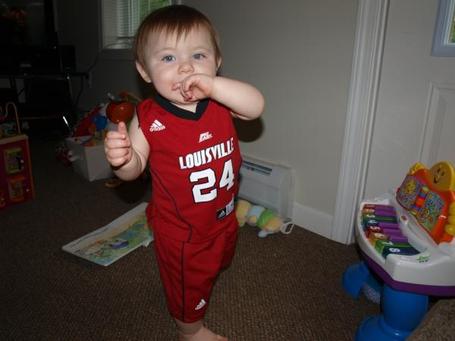 Cardinal Red Day? Chane staying out of foul trouble and playing more than 15 minutes against Kentucky? Thumbs up, 'Cloids.

As you're reading this, I'm probbaly in the air on my way to New Orleans to watch Louisville play Kentucky in the Final Four. Because that feels normal to say. 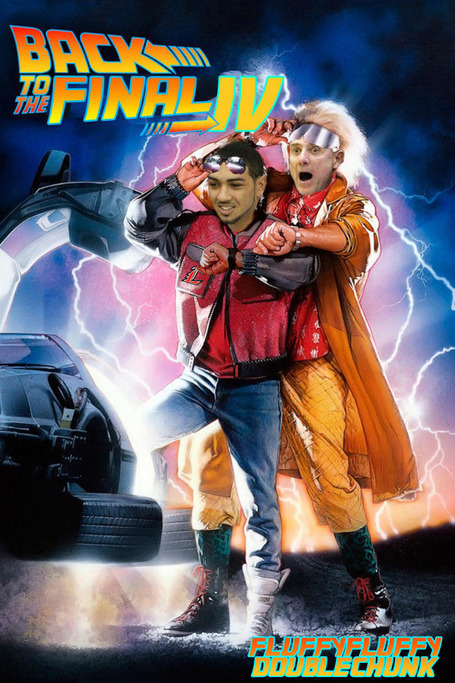 Back for the first time.

Pat Forde lists ten reasons why Louisville can beat Kentucky...and then shoots down each one. I suggest just skipping the "reality" blurbs. You'll feel better. You're so pretty.

Matt Norlander of CBS takes a look at the Louisville/Kentucky rivalry timeline.

Well, it is the 20th anniversary, and we can all dream. 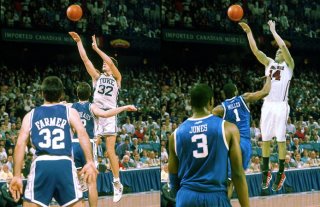 I will say "perpin'" approximately 500 times this weekend.

The LA Times says Gorgui Dieng is fluent in basketball.

"The first week I would just stay in my room," he explained. "I couldn't speak to anybody. I couldn't do anything because I didn't speak one word of English. I'd just look at you, I didn't know what to say."

He phoned home every night to a faraway father who encouraged his son not to be a wallflower.

"He told me, 'You need to communicate with people so you can pick up the language very quick,'" Dieng said. "He said, 'You can't stay in your corner and not talk to anybody.'"

Gorgui Dieng (pronounced GOR-gee Jeng) immersed himself in a foreign society. He asked questions. How does this work? What does this mean?

Easily the most extensive of the 17,000 Pitino/Calipari pieces floating around out there in the ether. 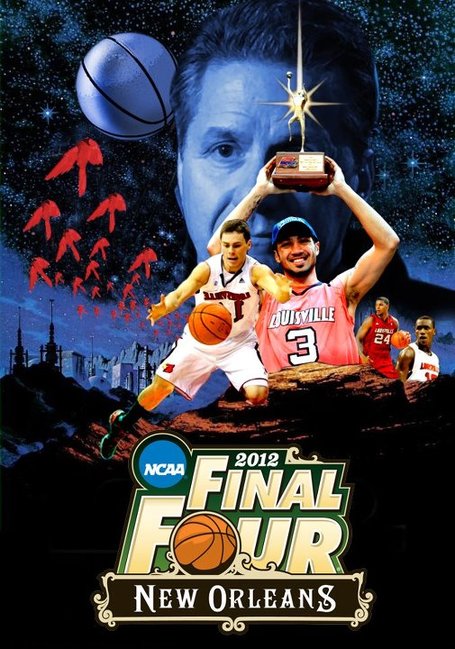 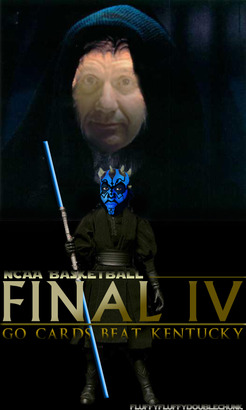 It's funny because just the other night CardsFan922 and I were talking about the person/character that most fits Preston right now, and settled on Obi-Wan Kenobi. Actually, I just said it and he knew better than to offer up anything resembling a retort. And then I made him go get me a blizzard. He probably did something to it, but whatever, didn't miss any of River Monsters.

"If you strike my ankle down now, I will become more powerful than you could possibly imagine."

Billy Reed puts on his old SI cape and talks about the divide this game is currently causing in the state of Kentucky.

Pace is going to be key in Saturday's showdown.

That doesn't mean Kentucky won't be prepared for Louisville's 31 flavors of defense approach. Some specific things to look for early from Kentucky:

--Look for Kentucky to throw long, court-length passes early. This approach can prevent Louisville from so readily jumping into their variety of pressures when they feel their basket is under siege. Even if this results in a Kentucky turnover or a bad shot early, the idea is to plant a seed for later.

--Kentucky will send a lot of players to the offensive glass on every shot. They must do everything they can to create multiple scoring chances on every possession, since Louisville may have some success limiting the total number of possessions.

The New York Post, not surprisingly, gets the worst pun of the week award with a headline utilizing "un-Four-gettable."

It's Russ Balboa vs. Anthony Drago. 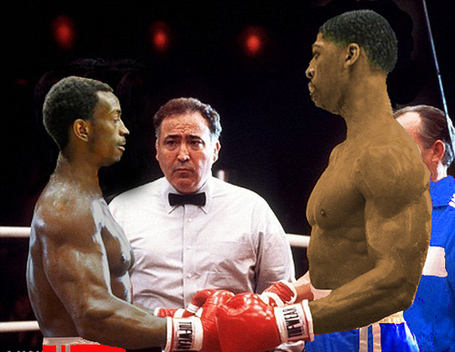 I could not love that any more completely or without any less reservation.

U of L gives us an inside look at Wednesday's closed spring practice.

All of the pressure on Saturday is on Kentucky.

Anyway, Louisville gets the first shot at Kentucky on Saturday. I can't say I love the Cardinals' chances, but they do have an alltime great coach (Rick Pitino) and one of the great psychological advantages in NCAA tournament history. I can't remember the last time a team and a coach had as much at stake in one Final Four game as Kentucky and Calipari do Saturday. If the Wildcats lose to Pitino and an undermanned Louisville team, then what Pitino said last weekend is absolutely true: The UK diehards will lose their minds.

Many will turn on Calipari. They will question the whole one-and-done method. Pitino rebuilt the program from the ashes in the '90s and was beloved for it, and even he felt serious pressure until he won a national title. It would be worse for Calipari. And maybe Kentucky will win by 20 anyway, but if Louisville is up two with eight minutes left, the Kentucky freshmen could be really tense in the huddle.

Just three years removed from a career low point, Rick Pitino is back on top. 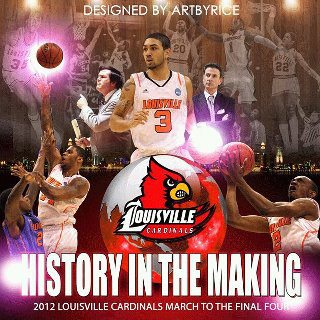 Jon Rothstein likes Kentucky over Louisville by 13. Again, I feel better after seeing that.

Eric Crawford says that John Calipari is in an absolute must-win situation.

Kentucky's trio of freshmen have a maturity that previous one-and-dones at UK have not, and that's part of what makes this Wildcat team so good.

For anyone wondering, Louisville is definitely sticking with the infra-red uniforms this weekend.

"We're in the Final Four with the InfraRED jerseys," Cardinals point guard Peyton Siva said Thursday. "If anybody has any problem with that, they can just chalk that up. It might be Louisville's new colors. If we win the whole thing, it might be the new uniforms for the rest of next year.

"We're not going to change anything now."

"Coach P doesn't like change. He likes constants in whatever he does," Siva said. "The players liked it, we talked Coach P into wearing them and we won the first game so we had to wear them the second game.

"We're going to hopefully get him an InfraRED tie pretty soon."