Gorgui Dieng Does Not Have A Mohawk

Share All sharing options for: Gorgui Dieng Does Not Have A Mohawk

The Final Four. Louisville. Kentucky. It's a recipe that begs for controversy in the preceding days.

John Calipari vs. Rick Pitino. Kentucky fans vs. Louisville fans. Can the Cards do a better job of competing on the glass? Can Kentucky handle the U of L pressure for 40 minutes?

All valid issues and all worthy of lengthy discussions. And yet, it's been another issue that has captured the attention of Card nation on the Thursday before the Commonwealth's big moment in the national spotlight.

Does Gorgui Dieng have a mohawk?

Last night, we posted the following picture of the team on a plane headed to New Orleans: 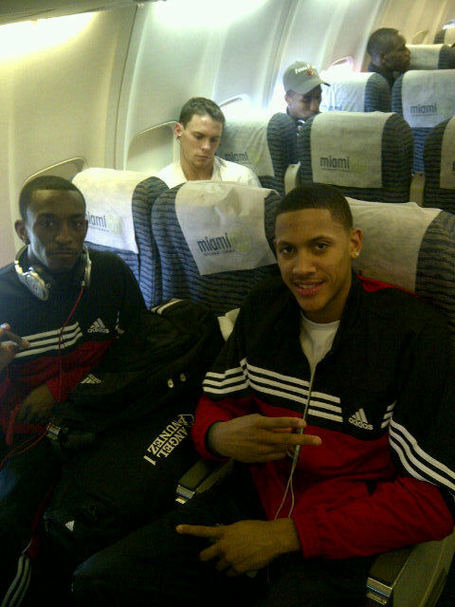 Almost immediately, the comments, tweets and emails started to pour in.

Does Gorgui have a mohawk? Umm, is that a mohawk I see on Gorgui? I'm totally shaving my head into a mohawk for Gorgui. Could he grow his hair that fast? Of course he could, it's f'ing Gorgui.

A few grainy follow-up pictures after the team arrived in New Orleans proved to be inconclusive. So with the controversy continuing to swirl, I rent straight to WHAS-11's Adam Lefkoe, who is with the team in NOLA.

"No," Lefkoe said in a one-word text personifying his stone-cold bastard demeanor.

So there it is.

On one hand it's disappointing, because...I mean, Gorgui mohawk. 'Nuff said. On the other, now isn't really the time to start messing with things. Unless you're Russ, who is apparently immune to things like superstition and karma. But not puns. Never puns.