The NCAA has released the names of the officials who will be working the Final Four in New Orleans this weekend, but perhaps more important are the stripes who won't be there.

No Karl Hess (guy who T'd Pitino up twice this year), no Jim Burr, no Tim Higgins and no "TV" Teddy Valentine. 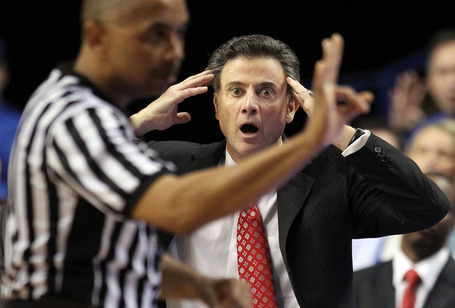 Here's who we do have:

The general rule is if you haven't heard of them, they're usually pretty good.