Sometimes you just have to fake it.

I wish I could say that I'm prepared to deal with the week that lies ahead, that I know what to expect and won't allow anything that takes place to throw me for a loop. If I did, I'd be lying just as severely as anyone else attempting to cover what's about to take place over the course of the next five days.

Louisville and Kentucky are about to face one another in the Final Four, a scenario previously known only during late-night "what would you do if" conversations with drinking buddies.

"March Madness" doesn't do what's about to happen to the state of Kentucky and the city of New Orleans justice. This is the Kentucky Derby on acid and spread out over a handful of days. 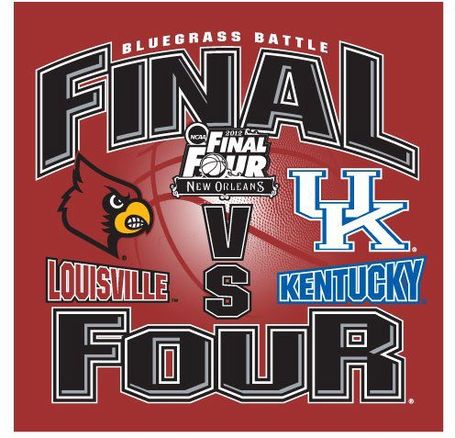 The best and worst thing about the Louisville/Kentucky rivalry has always been that they play just once. It creates a de facto holiday in the state and makes the stakes and intensity surrounding the game much higher than they'd be if the teams were guaranteed no less than two meetings (like some rivalries). For somewhere around 365 days, one group of fans gets chest-thumping rights while the only avenue of rejoinder for the other is "if they'd played again."

For the first time since the series was resurrected in 1983, that's about to change.

A Final Four victory will be the ultimate trump card in a rivalry as heated as any in sports.

You play in the SEC. The Big East is overrated. Your coach is a cheat. Which one has the violations on his record? Cal is a choke artist. Pitino is past his prime. That game was in December. If they'd played again...

After Saturday night, all that stuff is inconsequential. For once, the losing side will head into the offseason without a viable rebuttal. One side gets to gloat, one side has to shut up.

And you thought the stakes were high for the annual game.

The original Dream Game is always going to be special because it gave the Louisville the shot it had been wanting for a decade and ultimately revived the series. This is a different monster. This is a game coming at a time when the friction between the two programs is as high as it's ever been - we're only about five months removed from this - and with Kentucky fans feeling as though their return to the top of the college basketball mountain is a foregone conclusion.

Oh, and it's happening on the sport's biggest stage.

No two fan bases care about college basketball more than Louisville and Kentucky, and partially as a result of that, no rivalry in the sport is accompanied by more mutual disdain. Take all of that and ship it to New Orleans for a meeting in the Final Four and you've got...well, I don't even know. Nobody does.

What I do know is that regardless of what takes place, this will be a week all of us will remember and be talking about for the rest of our lives.