Louisville vs. New Mexico By The Numbers

Share All sharing options for: Louisville vs. New Mexico By The Numbers

Louisville is currently a 1.5-point favorite over New Mexico almost across the board. It appears as though that line will stick. 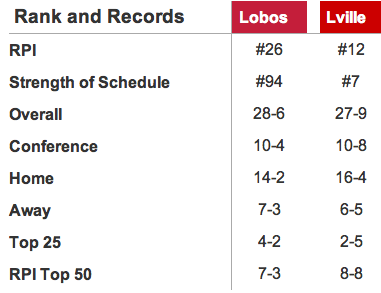 --Louisville has a 4-1 record in the NCAA Tournament when facing a No. 5 seed, as it will against New Mexico on Saturday. The last time the Cardinals faced a No. 5 seed was March 20, 2005 when No. 4 seed U of L beat No. 5 Georgia Tech 76-54 in the Albuquerque Region of the Tournament in Nashville, Tenn.