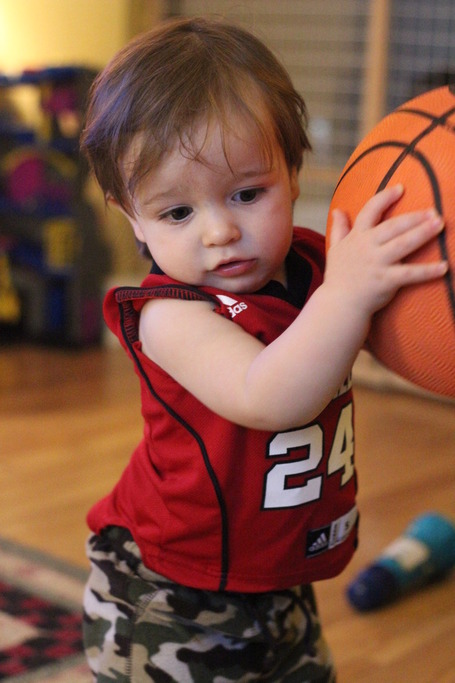 The babies of Louisville spoken, and Chane Behanan is their chosen leader.

Let's be real, "Babies 4 Behanan" was too catchy for anyone else to have much of a shot. Although "Toddlers 4 Tim" was a valiant campaign, Hendo.

If Chane goes off tomorrow (and we win), then this is going to have to continue.

Your stat of the day: under Rick Pitino, Louisville is 11-0 when scoring 74 points or more in the NCAA Tournament, and 1-8 when scoring 73 points or less. The one victory was the 68-62 win over Louisiana-Lafayette in the first round of the 2005 tournament.

There's still time to join the magic that is the 2012 Card Chronicle Bracket Challenge. Here are the details if you missed them earlier.

Davidson coach Bob McKillop was asked during his pregame conference on Wednesday whether he might try and slow the game down against Louisville considering the success opponents have had with that technique in recent weeks. McKillop's response was essentially that it's too late in the season to change what you do, and said "we're going to be who we are."

Recent history says that this is good for Louisville, but it also means the Cards are going to have to make open shots, a feat we've all seen this team struggle with for extended periods of time.

I really think all of us - the players, the coaches, the fans - just need to get through this first game and then we'll loosen up. The last couple of years are weighing too heavily right now.

With 111 of them on the season, Gorgui Dieng is the No. 2 shot blocker in the tournament, trailing only the kid from Lexington Basketball Academy. 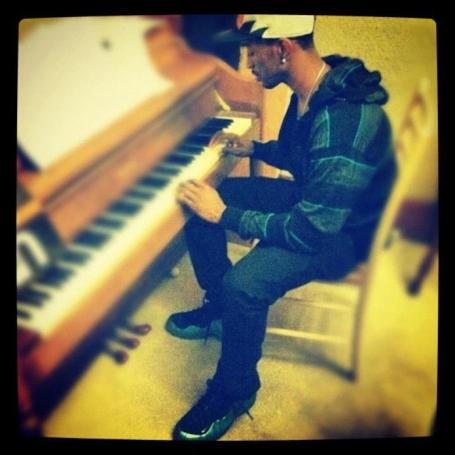 What do you think the odds are that Russ actually knows how to play the piano? Not going to lie to you, I don't think they're very good.

We were brave, we were crazy, we were mostly...young.

I'm going to go ahead and set the over/under on awful Ides of March references/headlines during the first day of the NCAA Tournament at 5,000. People just can't help themselves when there's a chance to be semi-clever.

Cosmo has named Kyle Kuric as one of the hottest players in the NCAA Tournament.

Apparently holding the title of Hottest Male Athlete in the World isn't enough to grab the attention of the folks at Cosmo. Neither is chasing lions.

Such crap. We deserve at least seven spots.

So Peyton Siva himself is, I'm told, a big fan of the Peyton/Russ Woody/Buzz photoshop from yesterday. I feel like this is good karma heading into tomorrow. Things are happening, and these things continue to be positive.

Also, I'm telling you, this art gallery could be huge. And classy. Classy and huge.

Greg Scruggs making a statement at U of L's Pro Day: 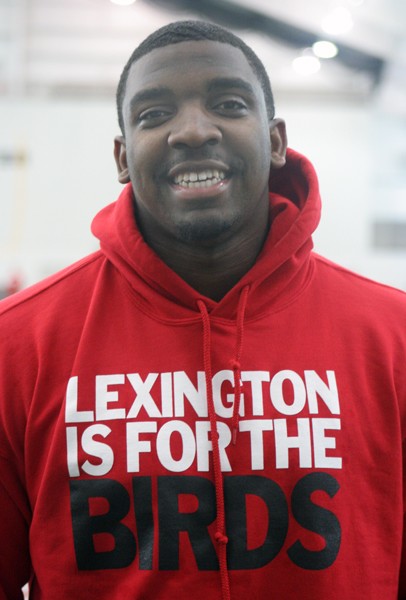 That hoodie and the new "Infra-Red Champs" shirts are available at BigTimeYurts.com.

Michael Bush will reportedly be meeting with the Bengals. That would certainly make a lot of people in this area happy.

The New Jersey Star-Ledger has a really good inside look at what the Seton Hall players and coaches went through on Selection Sunday. It's actually a pretty sad read, but I could not stop laughing at this classic Herb pope moment.

The next half-hour is spent discussing whether Ron Artest was a tougher player with the Pacers or the Lakers; why freshman Aaron Cosby got beat four times on Saturday by the same crossover; and which Nike Air Jordans Michael Jordan was wearing when he played the 1998 NBA Finals game with the flu.

All most of them want to do is find out whether they are in or out and get the day on with.

"I just want to go back to the crib and take a nap," senior Herb Pope said.

I'm going to miss you most of all, Herb.

So I was looking for a funny, follow-up tweet after the "baby picks Davidson" post earlier this morning, and I swear I actually started typing out "#Occupy2YearOld." Probably would have been a risky career move...which is why I'm talking about it now in a place where even more people will see it. 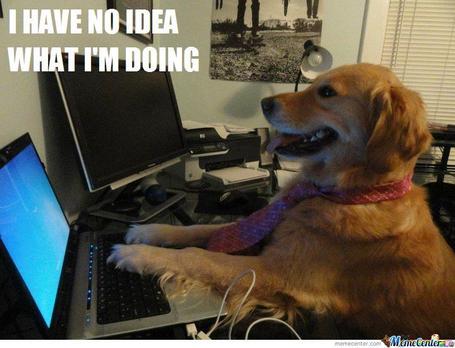 Davidson is heading into the NCAA Tournament feeling quite confident.

"I think that's a good matchup for us," said junior guard JP Kuhlman. "I definitely think this team can (win). We have to play with confidence and play to win."

Davidson junior forward Clint Mann says the Wildcats "absolutely" have what it takes to repeat what Curry and company did four years ago, reaching the regional finals after upset wins over Gonzaga, Georgetown and Wisconsin before falling two points shy of the Final Four after losing to eventual national champion Kansas.

"You have to believe that," Mann said. "You have to trust your teammates and know what we're capable of."

From The Cardinal Connect, the mullets are already out in full force inside the Yum: 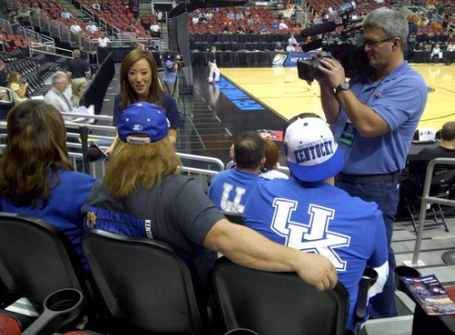 No point in trying to hide it, I hate this. We're going to have to hold a Febreze convention at the arena at some point between Sunday and next season's first exhibition game.

I enjoyed last night's "First Four" games about 500 times more than any bowl game outside of Louisville. The basketball wasn't always (or ever, in the case of the Western game) great, but the effort level was, and that's because the stakes are so high. Advancement is what should be at stake in every postseason game.

The annual CC coin-flip bracket was held on Monday, and your national champions are the Murray State Racers, who knocked off Louisville in the Elite Eight and Wisconsin in the national title game. I enjoyed seeing so many on Twitter taking up the idea. It's one of my favorite five-minute spans of every year. It also usually competes pretty well with my actual bracket.

Did I mention that I had Iona winning two games?

I'm not posting the dog picture again, but it belongs here.

Louisville plays in the NCAA Tournament in less than 24 hours. I just got the first of about a thousand chills.

This is what we spend the year waiting for, folks.