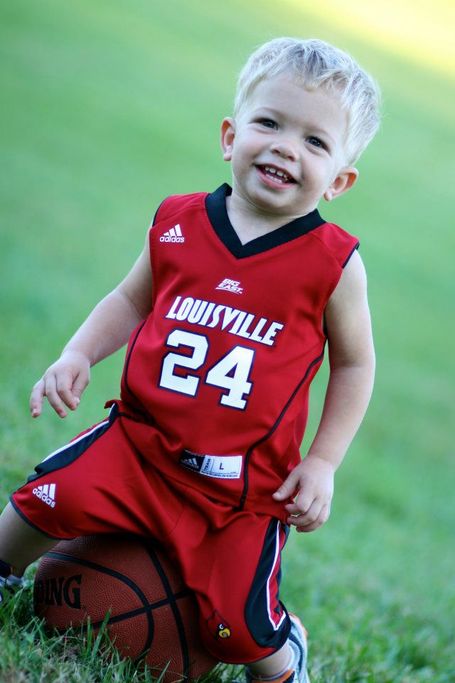 Also, I'm so sorry for how far behind we are on these. It's been a little hard to get to the news and notes posts over the past week and-a-half or so. Your kid might be married with kids of their own before they make their Chronicle debut. Not that it won't be worth the wait.

As I type this, the NCAA Tournament is underway. Feels good to say...and type...just did both at the same time. 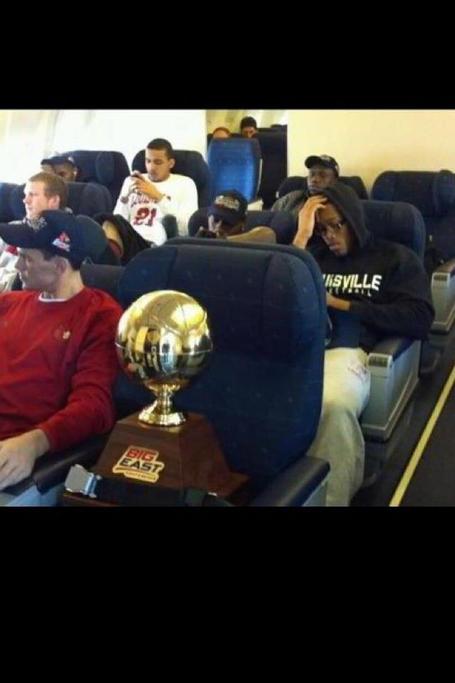 A lot has been (here, at least) about the Davidson players seeming a bit too excited about playing Louisville and talking about how well they match up with the Cards.

Head coach Bob Mckillop, for his part, is not taking U of L lightly at all.

"We understand the dynamic of the game," McKillop said. "Rick Pitino is a future Hall of Fame coach, he knows what it takes to get to the championship and win it, and Louisville is a powerhouse program. We have a formidable and challenging foe in front of us."
...

"Louisville has guys who can play in the NFL," McKillop said. "Their ability to cover distance is outstanding. They attack space defensively and can make a team hesitant.

This was bound to happen at some point, and I thank Graphic Design Goddess (it's on her card) Katie Kelty for pulling it off so well. 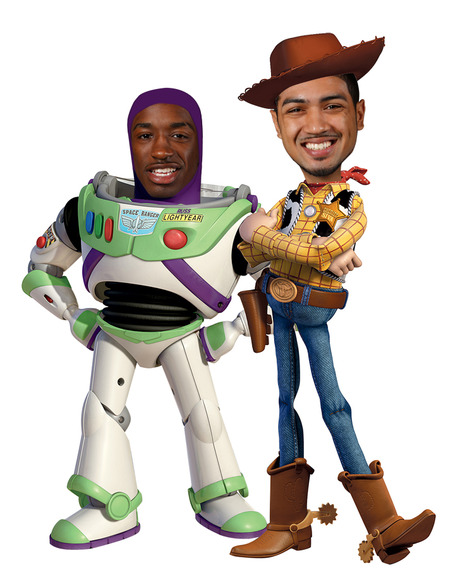 "We have an existing agreement with the Big 12 that has four years remaining," said Mike Soltys, ESPN vice president of communications. "We are in regular conversations with all our partners about future opportunities. There's nothing beyond that."

The Big 12's potential revenue windfall comes on the heels of mass upheaval for the conference, which has lost Texas A&M and Missouri to the SEC, while adding Texas Christian from the Mountain West and West Virginia from the Big East to stay at 10 teams. Additionally, the new media revenue could effectively end any discussion of the Big 12 expanding back to 12 teams, not the news that the University of Louisville wanted to hear. The Cardinals had been positioned as a strong candidate to join the Big 12 if it expanded.

I'm posting this picture of Gorgui and Chris (and Matt and Young Blake Scrogham, of course) at the mall today solely because I love the fact that Gorgui is wearing his Big East Tournament champions shirt. 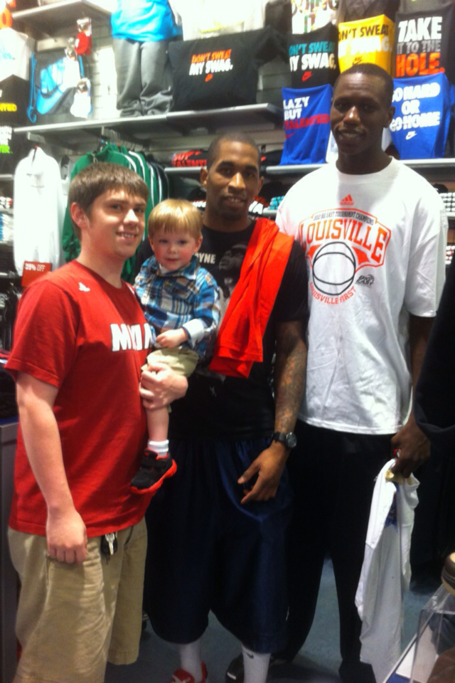 I received a very strange email from RadioShack yesterday inviting me to attend a party as a VIP guest yesterday. The party was in celebration of the "Final Four Playoff Game in Louisville." Also, the party started at 5 p.m. and the email was sent to me at 5:57 p.m.

RadioShack is trying to kill me, you guys.

Another expert just picked Louisville to lose to Davidson. 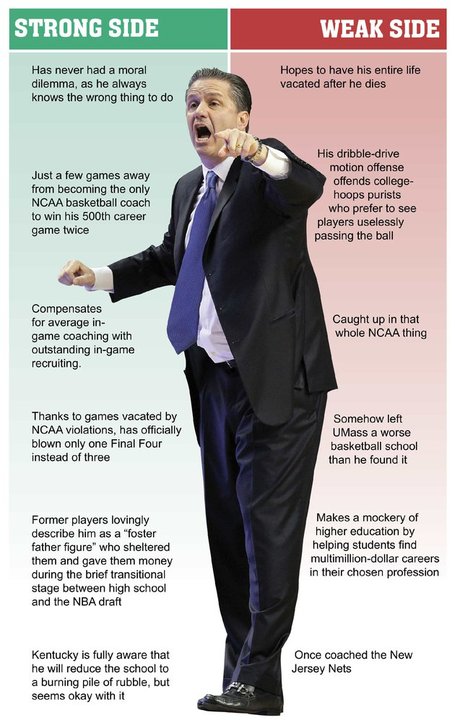 We didn't get a chance to talk about it last week with all the tournament madness going on, but here's a good story from Howie Lindsey on the Charlie Strong taking the Louisville football team to help oit

I'm all for switching the name of the fourth season from "Spring" to "Nantz." The man straight up runs March and April.

The Louisville softball team moved to an astounding 20-0 by sweeping a double-header with Illinois State on Monday. They're going to be awfully fun to follow come April/May.

I love softball. Love the pace, LOVE the cheers.

And finally, a good piece on Peyton Siva and Louisville from the New York Times.