Time, Television Set For Louisville's Second Round Game Against Davidson

Share All sharing options for: Time, Television Set For Louisville's Second Round Game Against Davidson

Louisville's second round NCAA Tournament game against Davidson will tip-off at 1:40 p.m. ET on Thursday afternoon in Portland. The game will be televised by TBS, with Brian Anderson and Dan Bonner. 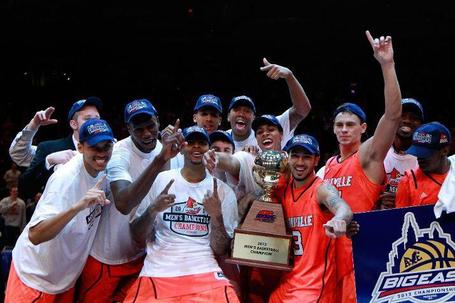 So basically the exact same scenario as last year. The March redemption tour rolls on.

Your full times and TV schedule for Tuesday-Friday after the jump.