Despite being the worse seed, Louisville opened this morning as a 1.5-point favorite over Cincinnati in Saturday night's Big East championship game. That line quickly jumped up to -3, and has now appeared to settle at -2.5 at most spots. 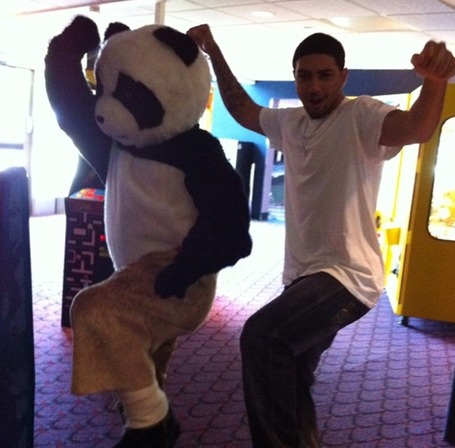 Should Louisville defeat Cincinnati tonight, the odds of Mike Rutherford being spotted somewhere in the city singing "We Found Love in a Gorgui Place" while not wearing pants have been set at 2:2. Those odds have not moved.