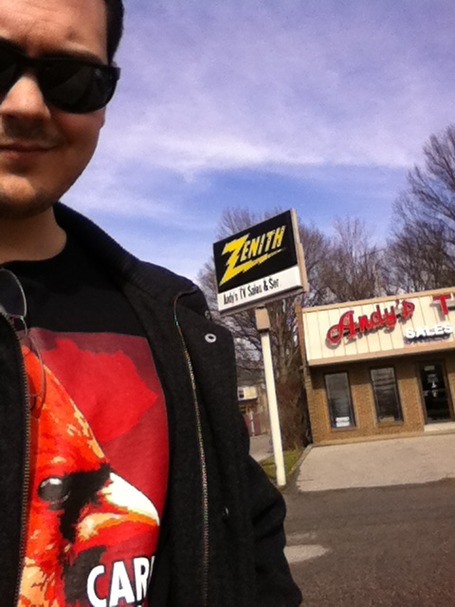 I just wasn't sure. I mean, we're not talking some basketball rival's hallowed hall, like all the Chron'-ings before it... This was Andy's TV. If I went inside -- if I even set foot in the parking lot -- it'd be completely new territory. The thing is, the Andy's facade has been a shiny, nostalgic gem, hovering in the back of my East Louisville psyche ever since I can remember. And I had to ask myself whether I was willing to risk that gem as it was, not only for myself, but for all you 'cloids, too.

So I took a deep breath:

"Hello! Are you the owner?"

Completely surrounded by wires and screens and a giant 3-wall pegboard, fully stocked with new components, the two men set the massive flatscreen down on the cushioned cart. I introduced myself. I met Larry Strelsov and Keith Montgomery, a.k.a. Andy (III) and Andy (Jr.), respectively. Larry asked almost right out of the gate "Are you the man who wrote about Andy's on the Louisville website?"

He told me all about how his son, a huge cards fan, had called him up from Chicago and told him how the site had paid homage to Andy's TV. He also readily admitted he hadn't the slightest idea what on earth the connection was, or why Andy's should ever be mentioned on a sports blog. I told him I thought it had something to do with childhood and community and the mystery of the soul. And I had to admit that no, I was only an avid reader.

But, despite the puzzlement, I said if I could just get a picture, he could make my day.

"Ever hear that word, Photo...grovo...lenda...herjic?" Larry jested in a mildly exasperated Ukrainian accent.

"Photogenic?" I played along.

But I politely insisted that he'd be doing something seriously awesome, and he kindly relented. This slice of awesome followed: 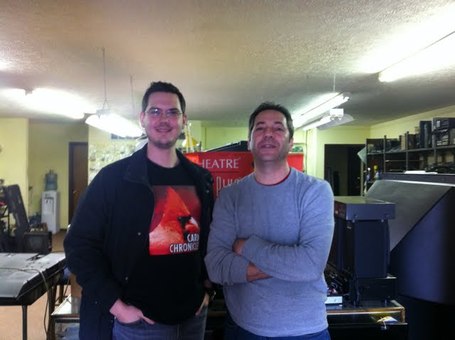 And now Andy was feelin' it. He suggested we get one with the sign in the background... Even better! 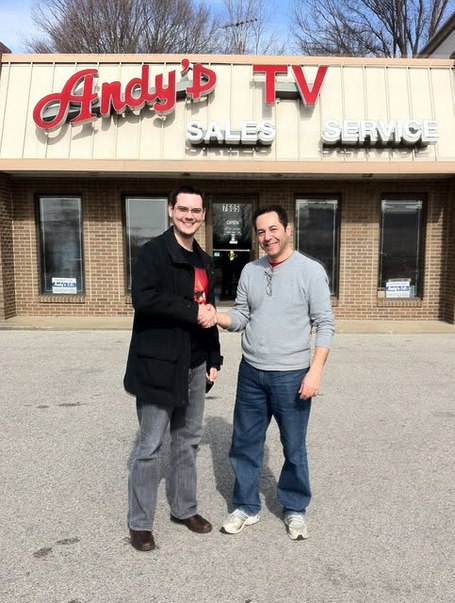 The whole time he was fairly flabbergasted to be in the CC spotlight, but man, was he genial about it! Super nice guy.

We took one more photo with Keith in, whose father was apparently THE Andy. I thought it was seriously cool that not only was this a thriving small business, but the skilled craftsmen inside were so clearly doing what they loved, with Keith being well past the retirement age of lesser mortals. 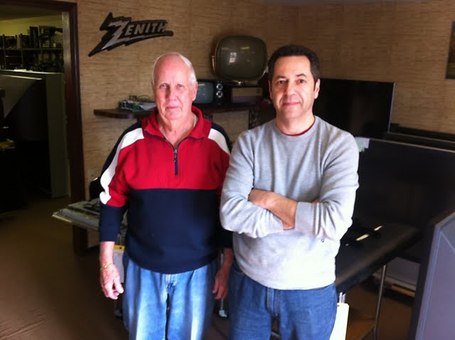 Then we parted ways, the Andys getting back to the task at hand. I wished them increased success, and thanked them sincerely, my head spinning with "what just happened?" as I walked back to the car. I think the end to this story lies in our hands, 'cloids. Let's just make sure we keep Andy's TV around for a long, long time.