Churchill Downs Gets Serious About Louisville/Rutgers

Share All sharing options for: Churchill Downs Gets Serious About Louisville/Rutgers

Remember in 2006 how the Empire State Building was lit up in scarlet to support the undefeated Rutgers football team as they faced undefeated Louisville on that fateful Thursday night? Of course you do. It was shoved down our throats for three f'ing hours and left all of us with a virgin hatred for one of the country's most well-known landmarks.

Well apparently Churchill Downs hasn't forgotten either, as the track chose to have its famed twin spires lit up in Cardinal red this morning in honor of U of L's Saturday contest with the Scarlet Knights. 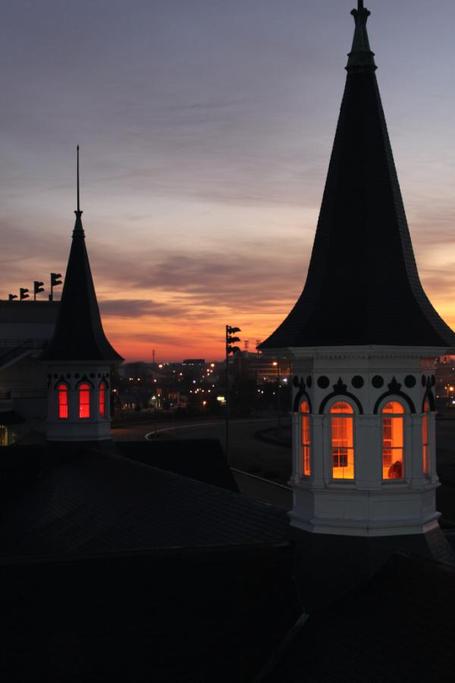 OK, so maybe the spires were lit up for the American Heart Association's National Wear Red Day, but whatever, it's not like that fact changes the entire complexion of this post.