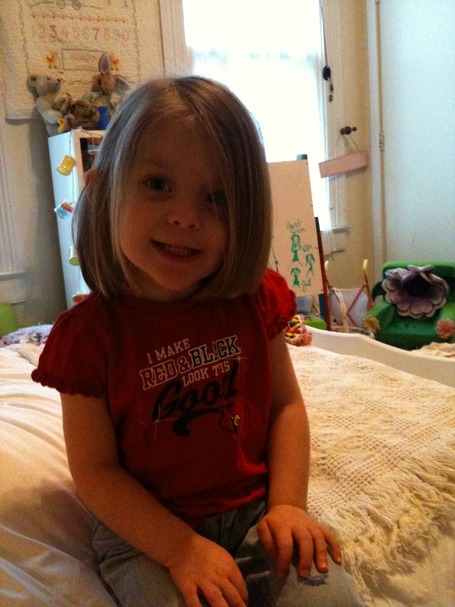 A very happy birthday to Miss Acadia Evon Burkhead who was born on this very day three years ago. Also born on that day? The Rick Pitino white suit as Louisville upset Georgetown to notch its biggest win of the season. This kid is going places.

When you're able to read, I'd just like you to know that your father paid me money to bump you to the top of the news and notes picture list. Go give him a hug.

2. Ken Pomeroy isn't as convinced the Cards can win. Their win probability on his site is 46 percent.

10. The Cards commit more than 18 fouls per game. The Bearcats only commit 15.4 per game

Russ Smith was approached for a picture during the U of L/Notre Dame women's game by an attractive female wearing a UK shirt. So how did he react? 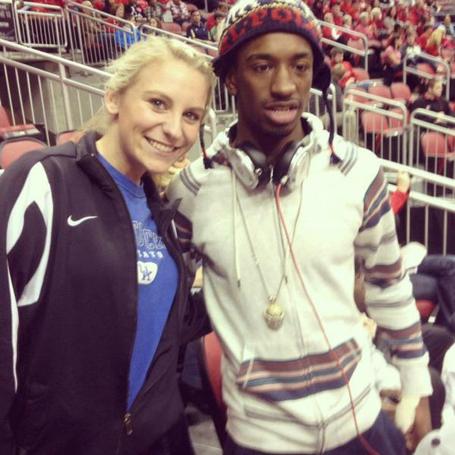 Congrats to class of 2013 commit Kyle Bolin (LexCath), who was named a 5-star recruit and a member of ESPN's top 150 on Wednesday.

Louisville's back-to-back Elite Eights and No. 1 overall seed in 2009 = not successful

A happy belated birthday to Sarah, who celebrated the anniversary of her coming to existence on Wednesday. 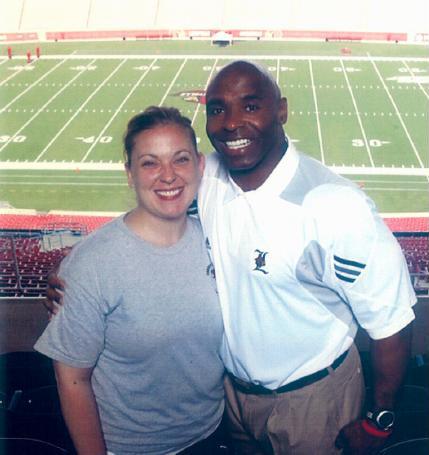 I'd feel bad about being a day late if she didn't have 100% more pictures with Charlie Strong than I do, so yeah, I don't.

The Fighting Mike Rutherfords of Bellarmine are the latest program to hop on board the team anthem train. Could have gone for a personal shoutout, but whatever, I'm not bitter. I'll only cut my donation check by 3/4.

The 9-0 Louisville softball team will play at home for the first time this season when it hosts Creighton for a three-game weekend set beginning on Friday.

Our own Leigh caught Peyton Siva Sr. at the airport today and could not have had her creeping busted any harder. 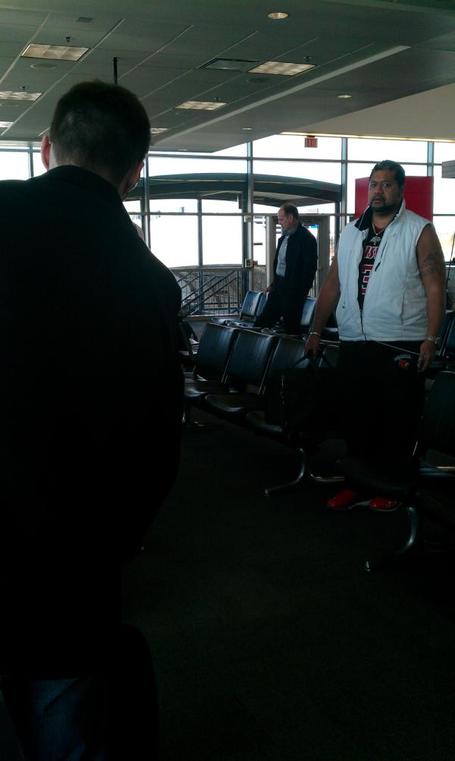 That is a stare that went passed her soul, circled around it, chilled for a few seconds and then gave it a hug.

It's looking more and more like Temple could join the Big East right away in order to get the league to eight football-playing programs for the 2012 season. Yay?

UC has won its last two games against Louisville, but trails 53-41 in a series that began in 1921.

"It ain't about Louisville," said sophomore guard Sean Kilpatrick. "We've got to win every game from here on out. With the urgency that we've been playing with lately, there can't be no slack-offs."

Your generic game preview via ESPN.

And finally a late reminder that if you're headed to the game tonight, do not wear black as UC has dubbed the evening a "blackout game."