Cards Will Be Underdogs At Unranked Cincinnati Tonight

Share All sharing options for: Cards Will Be Underdogs At Unranked Cincinnati Tonight

Louisville opened as a 1.5-point underdog at Cincinnati last night, and the line has stayed there throughout the morning. It's safe to assume that the Cards will not be the favorite by the time the 9 p.m. tip rolls around. 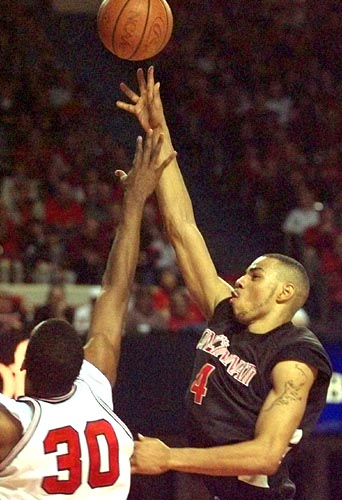 Vegas generally knows what it's doing, and I don't think this is an exception. Not since the New Year's Eve game in Lexington have I felt this uneasy about U of L's chances at ending the evening with a victory.

It's not that Cincinnati's better than the world thinks or that Louisville is worse, it's just that the Bearcats are a bad matchup for U of L and they have an insane amount on the line tonight...and the game will take place in a building where Louisville hasn't had much success recently.

All things considered, it would be a tremendous achievement for the Cards to pull out a victory tonight. Can't wait.