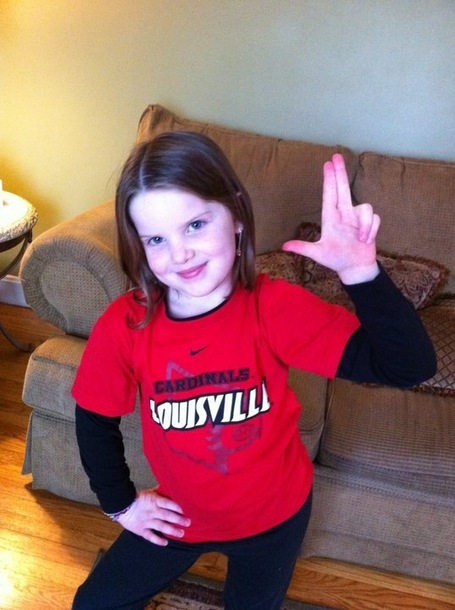 Savannah Blanchard's L isn't backwards, it's just a cool camera trick that you wouldn't know anything about because your'e lame.

Back on the radio tonight from 7-9 on ESPN 680. We'll have CBS's Gregg Doyel on at 7:15 and then Dan Wolken will join once again to talk college hoops at 8. You can also catch the show streaming live on ESPNLouisville.com.

Finally have a pic of Sweater Vest Gorgs, as he spits game to Notre Dame's Skylar Diggins following the women's game yesterday. 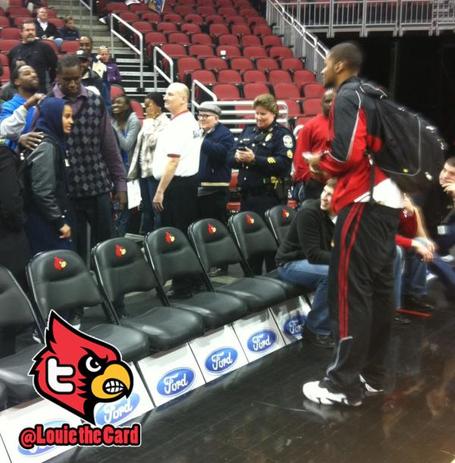 She is an attractive female.

Louisville's average on the bracket matrix right now is a 4.3 seed. The Cards are seeded as high as third and as low as sixth.

The "feud" between Rick Stansbury and former Ballard High standout Twany Bekham is an interesting subplo to to tonight's Kentucky/Mississippi State game. Kyle Tucker has the full story.

Being an awful coach and a complete ass is no way to go through life, Rick.

Somebody awesome wrote this breakdown of what else is worth watching on this Tuesday night. 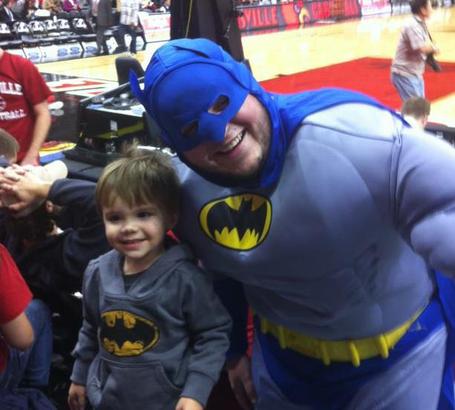 The signs are really starting to pile up now. Expect a "Coach RP" FanPost to pop up any day now.

Speaking of Pitino, he will reportedly be spending his Friday evening watching class of 2014 star Jaquan Lyles in Evansville. Lyles is almost unanimously regarded as one of the top ten sophomores in the country.

Giving up pants for lent. Counting on the Cards to help make this as easy as possible.

Gerod Holliman is happy to be a Card: 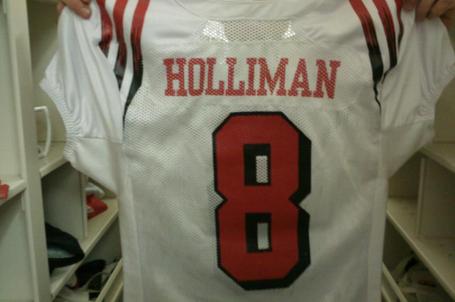 Looks like the same little flame-esque pattern that the basketball team wears as sleeves (or Russ wears as socks).

The men's golf team opened its spring with a fourth-place finish in Hilton Head.

How badly does Mick Cronin want to beat Rick Pitino? Not as badly as he wants to beat Bob Huggins.

There's no doubt that Cronin wants to beat Pitino, one of his three coaching mentors along with his father, Hep, and Bob Huggins. But according to senior guard Dion Dixon, there's only one coach Cronin wants to beat so badly his players can sense a difference in him as the game approaches.

"The only big difference I've really seen from him is when we're playing Huggins," Dixon said. "He's really intense. That's a game that he really, really wants."

Glad to see The Thinker statue back and spruced up at U of L.

"Bellarmine Hate Week" is about as far from original as you can get in the Commonwealth, NKU. If you're going to try and hate on the alma mater then you're going to have to come about 50 times harder than that. Don't giggle at that.

UCF issued its response to the NCAA's allegations regarding Ken Caldwell and Brandon Bender. It's not especially earth-shattering, but you can read it here. 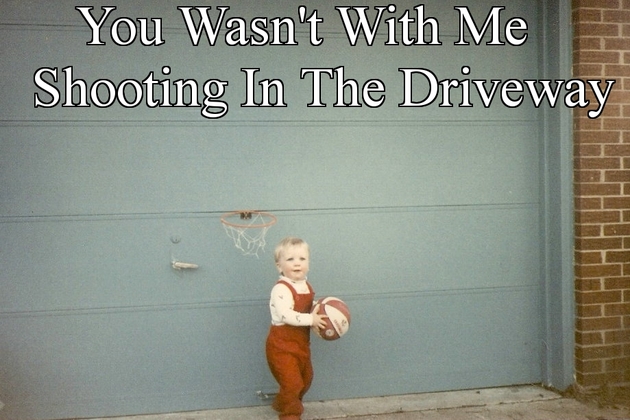 I would have preferred "wit,'" but you know...beggars and all that.

The Louisville baseball team will play its first game of the season at Jim Patterson Stadium tomorrow against EKU.

Since Louisville is the most manly city in the country, let's play a game of what's more manly: Inspecting another man's grilling job or criticizing the way he does anything while working?

"Make sure you flip that one right there...no, that one over---yeah, you got it."

And finally, check out the best of Gus Johnson on the Big Ten Network this season. It's just not going to be the same without him doing the tournament.