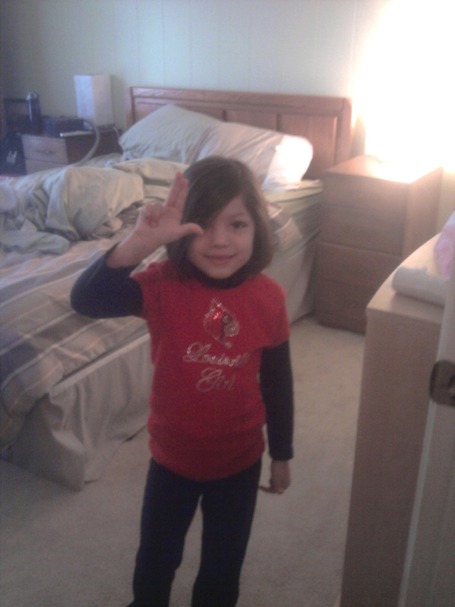 Georgia Francis couldn't be more relieved that both DePaul Days are over. I mean she gets the joke, it's just like, there's a limit. You know?

In an attempt to replace the outdated RPI system, ESPN has created a new college basketball ranking formula called the BPI. I don't "do" math, but it has Louisville at No. 12 so I'm all for it. 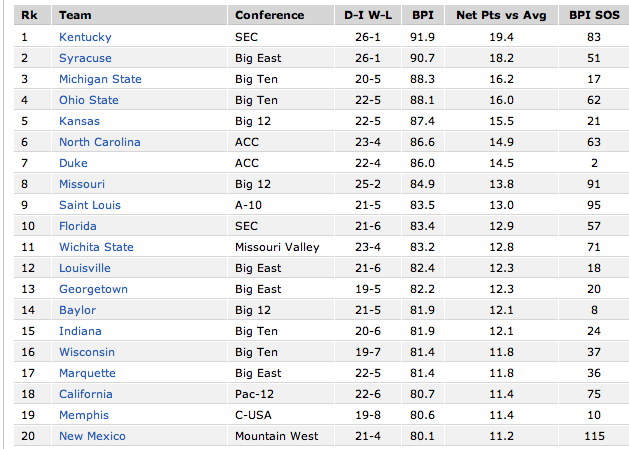 The Cards are currently a four seed playing in Nashville in the bulk of the latest mock brackets, including Lunardi's and SB Nation's.

The Louisville baseball team took two of three games in the season-opening Big East/Big Ten Challenge in Clearwater, Fla. over the weekend. The lone game the Cards dropped was the opener to Minnesota, which was called in the 9th inning because of rain. U of L was down four and had the bases loaded when play was halted.

The Cardinal softball team, meanwhile, continued to roll, taking four more games to improve their perfect start to 9-0. Louisville outscored the quartet of Virginia, East Carolina, UNC-Greensboro and Hofstra by a combined 19-11. 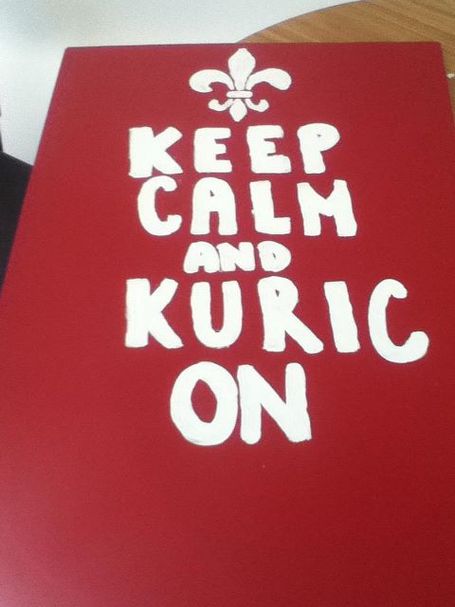 Received multiple reports early this afternoon of a Sweater Vest Gorgui sighting at QDoba and visual confirmation from three different people on different forms of media in the span of five minutes. I think it says more about me than the people in the field (we're all awesome).

For whatever reason I can't get the pictures off my phone, but it's a purple button-up underneath a black vest...and it's spectacular.

The latest issue of GQ magazine names Louisville as the "Manliest City" in America.

Pretty sure that fact was first established about 26 years ago, bros. 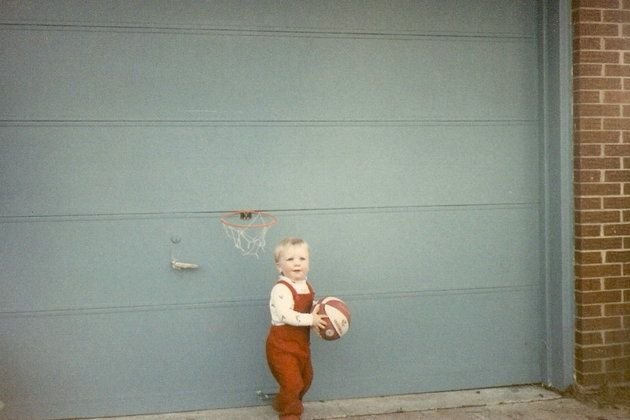 Remember the overalls craze of the early '90s? You're staring at the planted seed.

Trick, you wasn't with me shootin' in the driveway.

Quick reminder that the 19th-ranked women's team is hosting No. 4 Notre Dame at 2 p.m., and that the game is being televised by ESPN.

I think it was 6th grade when I first heard a "Player X slept with/knocked up Player Y's girlfriend and that's why they weren't playing well" rumor. It was DeJuan Wheat and Alvin Sims (can't remember which one was doing the knocking up), and it started an annual tradition of UK/UL players (almost always backcourt mates) knocking up or simply sleeping with one another's girlfriends whenever either team went through a rough patch.

Things have been taken to a new level this year, as I have now received nine emails with four different player combinations completing the 2011-12 version of the rumor. All had great sources.

And Big Blue Nation wonders why it can't shake the racist label.

This is normal though. 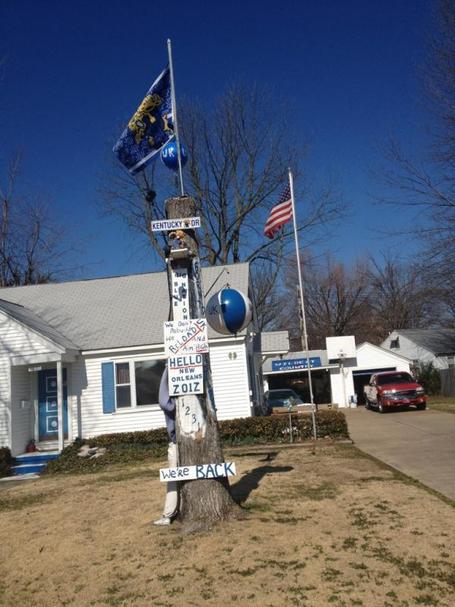 I think that tree literally has all of the lines from the Kentucky fan in this post.

SB Nation Atlanta takes a look at what the Atlanta Falcons ought to do with Harry Douglas.

U of L sits at No. 5 in Dana O'Neil's Big East power rankings for ESPN.

5. Louisville: The Cardinals didn’t look pretty against DePaul, needing overtime to dispose of the Blue Demons. Louisville will have to get its motor running much earlier against a hungry Cincinnati team on Thursday.

Congrats to Hakeem Smith on being named to Sports Illustrated's "All Two Star (and Fewer) Team."

S Hakeem Smith, Jr., Louisville (Two stars in Class of 2010): Smith followed his Big East Rookie of the Year season with a solid sophomore year. He finished second on the Cardinals with 84 tackles, and he broke up nine passes. The Cardinals plucked Smith out of suburban Atlanta without much competition. Smith committed to Steve Kragthorpe's staff, but he has grown into a star playing for Charlie Strong.