No. 19 Louisville Breezes To 90-82 Victory Over DePaul

Share All sharing options for: No. 19 Louisville Breezes To 90-82 Victory Over DePaul

In a game that was never truly in doubt, the 19th-ranked Louisville Cardinals cruised to their seventh win in eight games with a 90-82 victory over host DePaul.

Senior Kyle Kuric led the way for U of L, making five three-pointers and finishing with a team-high 25 points. Chris Smith and Russ Smith each added 18 points, the latter making a pair of key buckets during an extremely relaxing - almost therapeutic - overtime period.

"Any Cardinal fan who expressed concern at any point this afternoon must have a serious issue with paying attention," Louisville head coach Rick Pitino did not say after the game. "This is DePaul Day. This is what happens. I'm not sure how many more times it has to be explained."

And for those who deserve it... 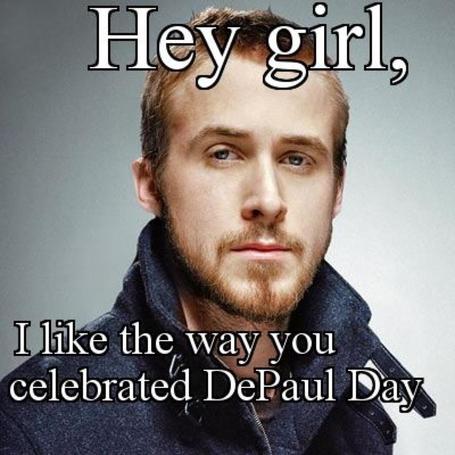