DeAndre Herron and Pedro Sibiea, two linemen who had been rumored to be wavering in the days lating up to national signing day, both signed with U of L without issue on Wednesday.

Sibiea had recently visited Minnesota and at one point was even rumored by some to have become a Gopher-lean. Herron, and Indiana native, was offered a scholarship by IU at the last second and had been briefly considering staying home in the Hoosier State.

But with the time to decide upon them, both are officially bound for The Ville. 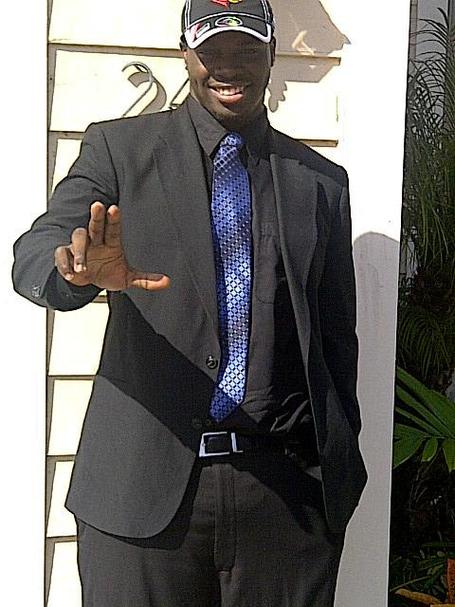 One final note: Central running back Anthony "Ace" Wales will be announcing his future plans this afternoon at 1:30. Wales, the leading rusher in the history of Jefferson County, is reportedly deciding between Louisville (where he will be asked to greyshirt because of his shoulder injury) and Western Kentucky.

A lot of folks seem to think he'll be a Hilltopper, but Jody Demling said his coach told him just last night that he'd be shocked if Wales didn't choose U of L and greyshirting.