Brooks Hill is way too excited about UMKC Kangaroo basketball to not be tailgating in front of the Yum Center right now. He's also never going to let Rakeem Buckles go.

A quick reminder that "Kyle's Korner for Kids" will be collecting donated toys during tomorrow's basketball game against UMKC. Kyle Kuric and Peyton Siva will help distribute the toys at Kosair's Children's Hospital on Christmas day.

Congratulations to KeIth Brown, who has been named a first team Freshman All-American by Fox. Brown finished the regular season fifth on the Cardinal defense in tackles with 56.

I could not have been more confused when I discovered this from The Courier-Journal last night (it was originally posted without the disclaimer at the beginning). That confusion was surpassed only by my surprise this morning when I was informed that the piece actually ran in the dead tree edition of the paper.

Here's the thing about the...I don't even know what to call it...bit? First off, it's not even remotely funny. I saw someone describe it being akin to "an email forwarded by a distant relative," and I can't think of a better description.

Second, the premise doesn't even make sense. So Charlie Strong is only staying at Louisville because Tom Jurich agreed to make U of L football more like Tennessee? Not only is this a terrible attempt at humor, but there's not even a clear attempt at a point being made.

And finally, where does this fit within the C-J's frame? Is it a blog post? Is it an editorial? Is the Courier going to start an Onion-esque satire section? There are just so many questions here that were completely ignored when the decision to run this was made.

Let's start a Christmas fund to get C.L. out of there and over here.

From Chris Link, this might be the best thing I've seen over the past 24 hours. 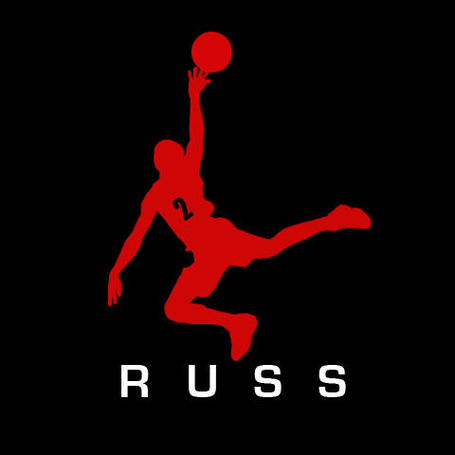 Seriously, how much less fun would life be without Russ Smith right now?

Via Mark Blankenbaker on Twitter, after Jan. 2 Louisville will become one of nine college football programs to have played in the Orange Bowl, Fiesta Bowl and Sugar Bowl. The other eight? Alabama, Notre Dame, Florida, Florida State, Miami, Oklahoma, Tennessee and West Virginia.

Congrats to Andrew "Peppa" Farrell, who was one of 11 players named first team NSCAA All-Americans on Friday afternoon. Farrell becomes just the second Cardinal (Colin Rolfe) to receive the honor.

Matt Hinton of CBS counts down the 12 worst college football teams of 2012, and a familiar face checks in at No. 11.

11. KENTUCKY (2-10)
The only SEC offense arguably worse than Auburn's was the one in Lexington, which lost starting quarterback Maxwell Smith for the season in September and immediately bottomed out. With true freshman Jalen Whitlow at the controls, the Wildcats were held below 260 yards of total offense in six of eight conference games, hitting bottom in a 40-0 debacle against Vanderbilt in front of a... let's say, indifferent crowd in Commonwealth Stadium. Joker Phillips was fired the next day, making him the ninth consecutive head coach to leave Kentucky with a losing record over the course of his tenure.

Via Big Time Yurts, the major theme of the past two weeks: 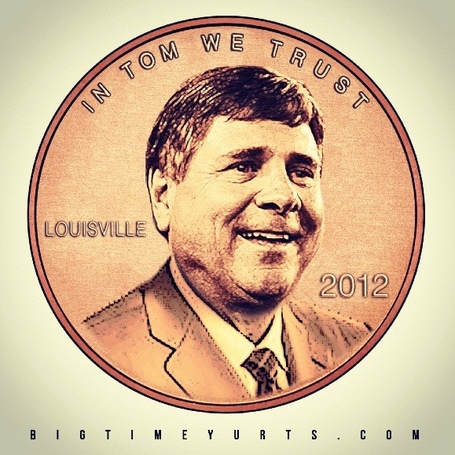 Louisville really should have its own currency. Gorgui on the 20, Ali on the hundo, Austin Montgomery on the five, etc.

Eric Crawford with a solid final synopsis of the story that captivated the city this week.

He also points out that Charlie Strong staying means it's time for Louisville football fans to step their collective game up.

Nor did he back off of his fan comments. "Some people don't like hearing the truth," Strong said, when asked about his complaints over poorly attended Senior Day festivities.

Jurich later said that those comments were fueled by disappointment some of his players had expressed after a sparsely attended pregame "Card March" on Senior Day. Strong, according to accounts, acknowledged it to players when he got into the locker room and promised them, "This (expletive) is going to change next season." His prodding of the fan base is the beginning of keeping that promise, popular or not.

Jurich definitely seemed to back Strong's comments about the fans during his presser on Thursday, saying he'd like Louisville football games to make the transition from "social setting" to more of a "game day experience." I think we can all agree with that.

Boyd Tinsely of Dave Matthews Band and Andrew Zimmern of Bizarre Foods are both excited about the past 10 days in Louisville athletics. 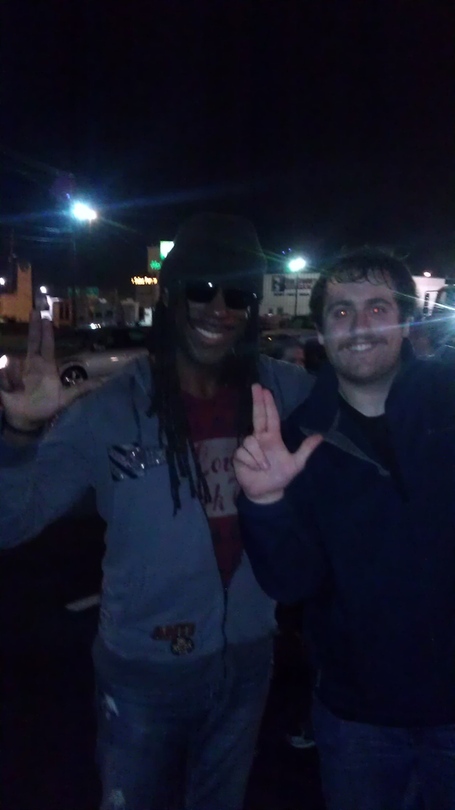 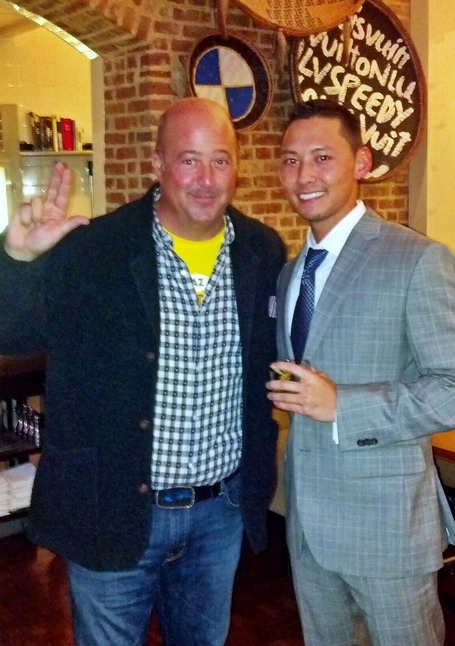 An Indiana fan set his Christmas lights to sync up with the radio call of Christian Watford's buzzer-eater against Kentucky last year. Heh.

1. Camcorder (was obsessed with getting one for years, will never be topped)
2. Nerf Bow and Arrow (only time I ever really wanted the "hot present" of the year)
3. Teenage Mutant Ninja Turtles pizza shooter (terrorized little sister for years)
4. First computer (this low only because it was characterized as "mine," even though it was painfully obvious from the moment I opened it that it would be for the whole family)
5. First full set of irons (gets the nod in the five spot due to longevity...I still use them...probably time for an upgrade)

Dana O'Neill has Louisville behind Syracuse in her latest Big East power rankings.

2. Louisville. The Cards turned up their trademark withering defense against Charleston (the same team that beat Baylor, which beat Kentucky, if you're into transitive theory), holding the Cougars to 38 points and forcing 27 turnovers. The only caveat: Louisville still isn't great offensively. The Cards hit only four of 14 shots from behind the arc. Next up: UMKC.

Charlie Strong and company are expecting to host a pair of well-regarded recruits from Florida this weekend.

The UMKC Kangaroo basketball program is not thriving.

In case you missed it yesterday, you can get two "Teddy 5" shirts for just 25 bucks over at the Strait Pinkie Store by using the promo code "CHRONICLE."

And finally, a solid Sugar Bowl wallpaper from Adam Lucas. 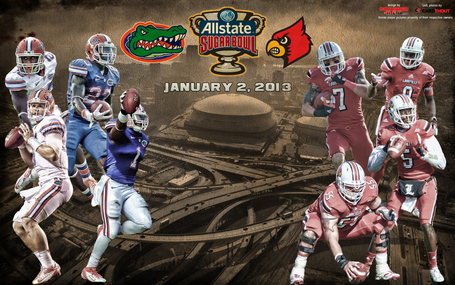 Check out he rest of Adam's work over at his website.