That would be Lucky Mindel giving his early preview of Wednesday night's game. Really makes you think.

Louisville slipped out of the tie with Arizona in the coaches' poll this week, which means the Cards are now No. 4 in both sets of top 25 rankings. No need to have an entire post on it, I suppose.

Lost in the madness that always is Battle for the Bluegrass day was The Wall Street Journal's feature on Russ, which included a nice CC shoutout.

And it was a Pitino tirade during a timeout last season that really made Smith a cult hero. "He was about to lose it, so I gave him a hug to calm him down," Smith said. "Like, it's OK. You don't have to yell and have your blood pressure rise."

Smith has been a free spirit since he was a lightly recruited guard from New York. One night during Smith's postgraduate year on a team trip to Maine, South Kent School coach Kelvin Jefferson ordered his players to their rooms after a loss. Hours later, in the hotel's restaurant, Jefferson spotted Smith with a microphone in his hand and the entire team behind him. "They're supposed to be in their rooms with curfew," Jefferson said, "and Russ is singing some Diana Ross."

The karaoke performance taught Jefferson a valuable lesson about coaching Smith. "If you try to change him," he said, "it's just never going to work."

In case you missed the news, Boise State is now staying in the Mountain West, which means the one potential marquee game on U of L's 2013 football schedule is gone. If ever there were a time to land a big name on the schedule, this would be it.

The folks at Fox Sports say Florida is going to "baptize" Teddy Bridgewater (video) the way they baptized Johnny Manziel earlier in the season.

How'd that cake turn out for ya? 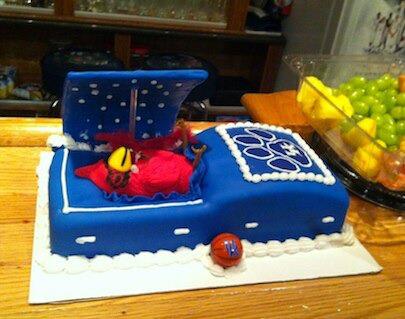 Vance Bedford took center stage on Sunday, as he discussed what the Cardinal defense will have to do in order to slow down the Gators on Wednesday.

"We're going to try to rush four, rush three. Give different looks. Zone pressure sometimes," Bedford said. "And for us to have a chance with this ballgame we have to keep them off balance with different looks, different fronts, movements and stunts. So I'm happy to have all of those guys back. We plan to play every guy we have up front."

One thing Bedford would welcome is a few turnovers. He praised Florida's defense for being opportunistic, and said that's a trait that Louisville's needs to develop.

"When you look across the country, look at the University of Florida, one thing they're great at right now is getting the ball back for the offense," Bedford said. "That's something we have not done well in three years here. We've had a lot of missed opportunities, whether it be caused fumbles, whether it be interceptions. We need to improve in those areas. Once that happens we'll improve defensively."

The Cards are already feeling the benefits of the exposure from playing in a big-time BCS bowl.

Not all Florida players are talking down to Louisville.

We didn't have a chance to discuss it because of the madness that is the Louisville/Kentucky game, but Angel Nunez has announced that he will be taking his talents to Gonzaga. I think it's a good fit for him, and I wish him all the best. I'll enjoy those 11 p.m. games on ESPN2 even more next year.

Stevie Johnson lost a bet to Bills teammate Eric Wood on yesterday's game. This is the result. 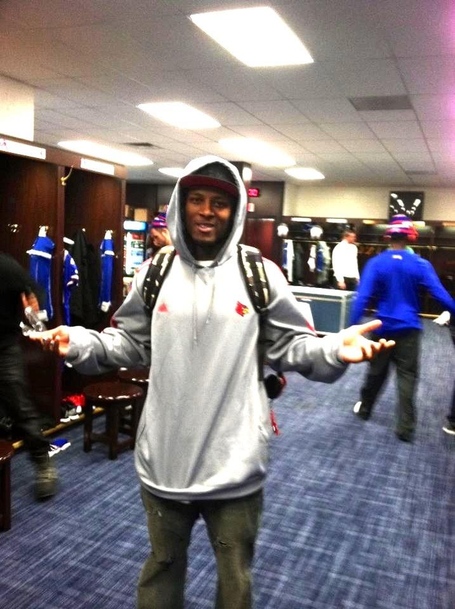 Kyle Kuric recently had the biggest game of his professional career to date on Sunday, going off to the tune of 22 points and six rebounds. You can actually a replay of the full game right here.

There is a tremendous amount of mutual respect between Teddy Brdgewater and star Florida safety Matt Elam.

"I feel like, hands down, he's the best quarterback we've faced this year,'' said Elam, who has four interceptions and is second on the team in tackles with 65. "Hands down. He can move around, he can throw the ball, he throws great balls.

"It's exciting getting to play a quarterback like him. It's why you come here (to Florida).''

Bridgewater has been equally impressed with Elam.

"He's a freak of nature,'' Bridgewater said. "You have to know where he is at all times.''

The only bad thing that happened on Saturday was that Russdiculous (the horse) faded and finished seventh in his third start at Santa Anita. It would appear the excitable young colt is now officially off the Derby trail.

If you're headed out tonight and have more than a few drinks, make sure you use a cab service or have a DD. If not, somebody's gonna getcha... 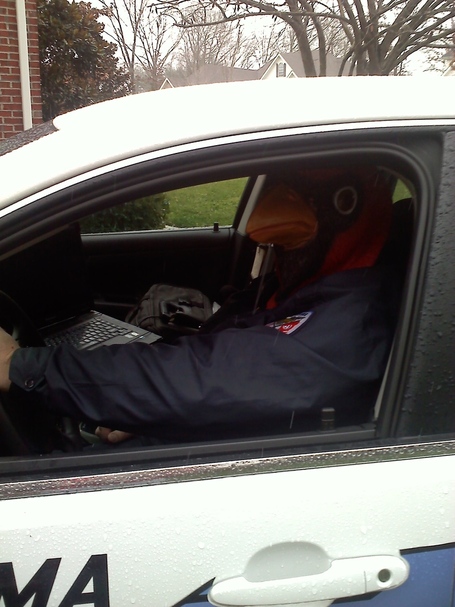 If you have a chance, take a second to "like" the American Football Without Barriers page on Facebook. AFWB is the nonprofit started by former Cards Breno Giacomini and Gary Barnidge that attempts to bring football to underprivileged communities all over the world.

Magic number for Louisville: 5. Bridgewater has led five fourth-quarter drives that have tied the game or given the Cardinals the lead. Suffice to say Louisville will be happy to be in that situation Wednesday.

Magic number for Florida: 15.2. The Gators' 11 wins came by an average of just 15.2 points, a number skewed somewhat by laughers over Kentucky and South Carolina. Florida beat Louisiana-Lafayette by just seven, and Bowling Green by 13.

Big fan of this setup in New Orleans. 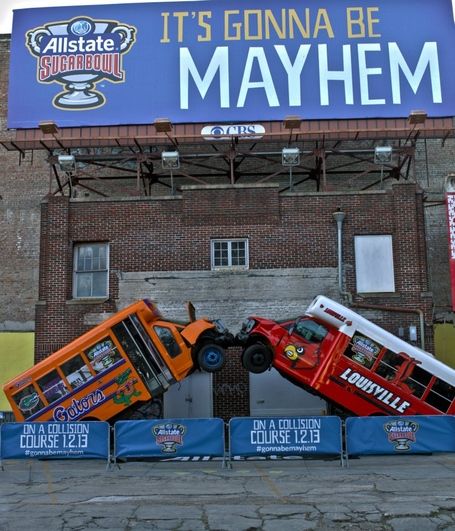 Bryce Cotton currently leads the Big East in scoring. That is a fact...one that I'm not entirely sure how to respond to.

Despite his braces, Teddy Bridgewater is most certainly a full grown man.

He is the Gators' top concern as they prepare to face Louisville in the Sugar Bowl on Wednesday night. The Cardinals are in this game largely because Bridgewater powered them to a win at Rutgers in the final game of the regular season despite a severely sprained right ankle and a broken left wrist.

"That's just who he is; he always gives it up for his teammates," said Louisville offensive coordinator Shawn Watson, who got choked up discussing that performance. "Real honestly, he was playing on one leg and with one arm and he went out and had a heck of a game. He just wills himself to great moments.

"I've been doing this 30 years, and I've never had a guy who could do so much so early. We put a lot of responsibility on him. He makes our world go. He does everything for us." 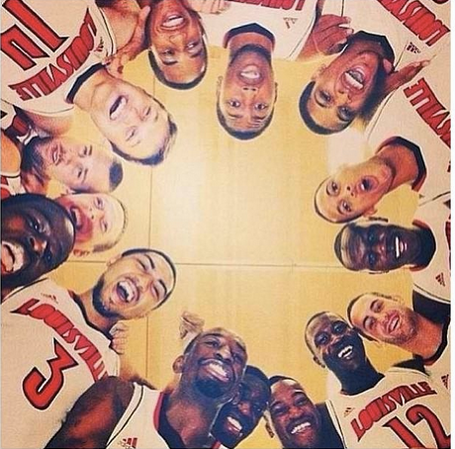 And finally, a big thanks to each and every one of you who have helped make 2012 easily the most successful year in the history of Card Chronicle. It took a couple of years for CC to hit one million page views, and now we're aboit to hit 1.5 million for this month alone. You guys make this site go, and make it more than worth all the time and effort.

Here's to another terrific 12 months together.