My sincerest apologies for the relative lack of content over the past two days. I went to sleep on Christmas night feeling appropriately jolly, and woke up the next morning feeling like absolute death. Since then, I've spent approximately five minutes out of my bed, an exile defined by fever-induced dreams that have created a pretty messed up reality. Tubby Smith showing me different breeds of ponies has been my favorite so far.

The timing couldn't be worse, I'm aware of that, but I'm going to attempt to fight through it as much as possible today. So if you see a post about why Denny Crum needs to start Junior Bridgeman at quarterback in the football game against Kentucky tomorrow, just roll with it.

The good news? The last time I was this sick was in the days immediately before the last Louisville victory over Kentucky. I woke up that morning, miraculously felt fine, and was able to watch Edgar Sosa break hearts across the Commonwealth with my own two eyes.

If you haven't seen it yet, Dana O'Neill pretty much drills her UL/UK rivalry piece.

And you ask the man who has coached the Celtics and the Knicks, who grew up a Yankees fan in a town cluttered with Mets lovers, the simplest question: How bad is it here?

Duke and North Carolina loyalists might disagree; Yankees and Red Sox devotees have a decent argument, too. But the Blue Devils and Tar Heels move on for most of the other 363 days of the year. Boston and New York have Connecticut as a buffer.

Aside from maybe Alabama and Auburn football, it is hard to find such yearlong enmity breeding and cultivating within the state borders like Kentucky. It is like a border-to-border Petri dish of festering vitriol and disdain.

And nowhere does the sickness exist as feverishly as it does in Louisville.

The final vote for the CC Man of the Year will open on Sunday, Dec. 30 at noon and close 24 hours later. Your final four is Rick Pitino, Tom Jurich, Charlie Strong and Teddy Bridgewater.

Hope you're ready to shake some pom-poms tomorrow. 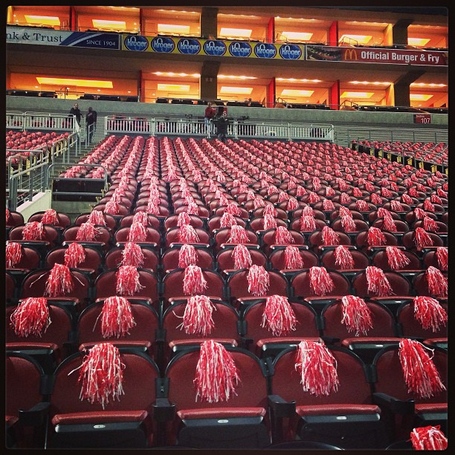 Rick Pitino was expectedly complimentary of Kentucky on his weekly radio show.

"In looking at all their film, Kentucky in the past two weeks has improved immensely," Pitino said. "They are, without question, I think a top 12 team in the country. They've got great talent. They're very well-coached fundamentally. But they've improved in the past two weeks. From the Baylor game until now they've gotten a lot better in their execution. They're shooting almost 49 percent from the field; they're a low-turnover team; they're a very good defensive team and they're very good athletically. . . . They're like one of the premier teams in the country. They have great talent. John does a great job with young players getting them ready."

Of Noel, Pitino said comparisons to last season's Wooden Award winner and No. 1 overall NBA Draft pick are unfair -- but pointed out there's not a whole lot of difference between their numbers to this point.

"I recruited Nerlens Noel and he's gotten better each week," Pitino said. ". . . He's leading the team in steals. He's very quick. He's improved his low-post game. Let me say this, Anthony Davis, when we were getting ready to play them going into Rupp (last season), had been a marginal foul shooter and a marginal shooter. In our game, he became a very good free-throw shooter, and developed his game from that point on. Comparisons are very unfair to any basketball player. But put it this way, Anthony Davis was the No. 1 pick in the draft. I'm not sure if Nerlens is going to be No. 1, but he's going to be No. 1 or 2. So there's not too much difference between he two. Anthony Davis is a little further advanced on the skill level, but Nerlens since he's arrived has gotten better and better. He's very quick, blocks shots with his left hand, leads the team in steals, very explosive, has a jump hook with either hand, and here's the underrated thing about Nerlens -- he's an outstanding passer. You don't find many guys his size who can pass as well as him."

Every single time Kentucky comes into a Louisville game as the underdog, the battlecry from their fans seems to be "if Louisville can't beat Kentucky this year, WILL THEY EVER DO IT AGAIN?" I have no doubt that you've all heard or read this at least once over the past couple of days, and I hope you've simply brushed it aside. It's one of those ridiculous talking points that make UK fans...well, ridiculous.

Not to single out Matt Jones, but I remember being on his radio show back in the sumer of 2007 and him asking me this question: "With Billy Gillispie doing what he's doing on the recruiting trail, is there a sense from Louisville fans that if they don't beat Kentucky this year that they may never do it again?" It was a ridiculous statement at the time, and that was before any of us knew that Bllly Gillispie was going to turn out to be Billy Gillispie.

Never forget that this is a rivalry series in which one of the worst Louisville teams ever (1997-98) upset a Kentucky team that would go on to win the national championship. Speaking in crazy absolutes is never a good move.

Guess who's back? This guy's back. 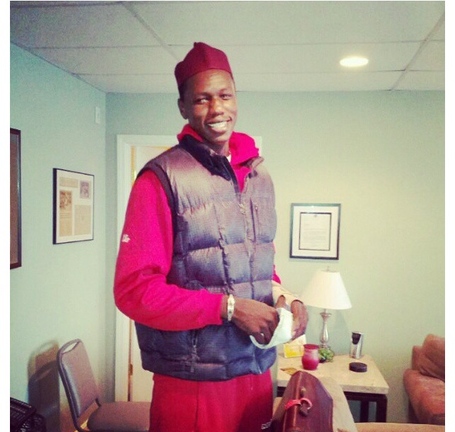 Anthony Boone, the backup Duke quarterback who warned of an "ACC ass whoopin'" for Louisville once it switches conferences, did not play in the Blue Devils' 48-34 Belk Bowl loss to Cincinnati. The Bearcats, in case you had forgotten, currently play their football in the Big East.

A really good feature on Peyton Siva from Nicole Auerbach of USA Today.

"Peyton is one of the top three players as people I've ever coached in my life -- this is pro, college, 35 years," Pitino says. "He's just a remarkable young man with everything he's been through in his life. ... He is just such a special young man, so considerate, so concerned about others, so willing to do what anybody asks him to do.

"He's just trying to please everybody non-stop 24 hours a day. Sometimes, that sucks the air out of you a little bit. That's where we've had a lot of conversations. 'Peyton, you can't just please everybody all the time. You have to take some time to yourself.' "

Siva has inspired his father and his siblings to improve their own lives. His brother went to community college, and Siva says his sister, who has a son with another on the way, is going to cosmetology school. Siva Sr. is coaching Seattle youth football and basketball and mentoring high school students, trying to give back to the community that helped raise his son.

"My son is my rock," Peyton Sr. says. "When the pressure's on me, I can always count on my son to talk to. Wherever he's at, he'll take time out to talk to me. ... The encouraging words that come out of him, it's healing."

The city of Louisville is rolling in accolades for 2012.

Former U of L football player Patrick Grant is suing U of L after he says he was told to "cover up" being assaulted by former players Jacob and Isaac Geffrad.

So McDonald's throughout the state have started the trend of having "BBN straws." 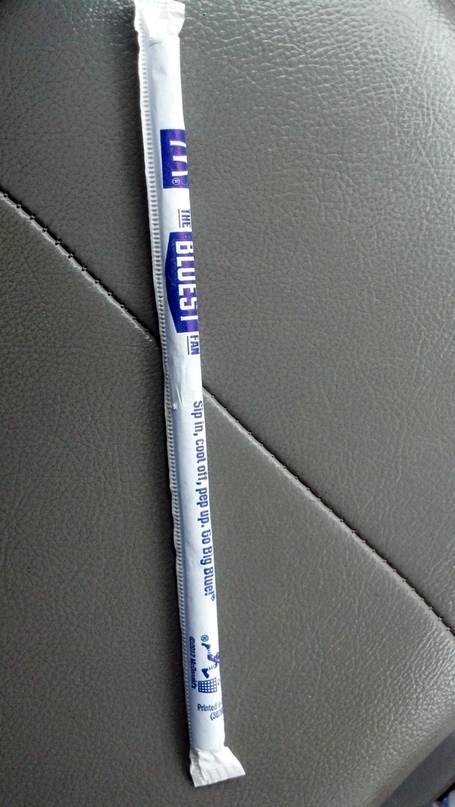 A lesser man might make a far-too-easy suck joke here, but I am not that lesser man.

Russdiculous (the horse) will be back on the track for his third career start tomorrow at Santa Anita. Julien Leparoux will have the ride.

U of L will be hosting an impressive list of visitors this weekend.

In a sentence I never thought I'd be typing: I have more Card Chronicle Bird Mask Christmas pictures than I know what to do with. I suppose they're all going to have to e unleashed in a post soon.

Top game: Folks still suggest Duke-North Carolina is college basketball's best rivalry, but that's not true anymore. At least not at the moment. Not as long as John Calipari is at Kentucky and Rick Pitino is at Louisville. Because the personal rivalry between those two men combined with the national prominence of both programs combined with the fact that Pitino used to coach one school and now leads the other places Kentucky-Louisville above all other rivalries, and it's a rivalry that'll continue when the fourth-ranked Cardinals host the Wildcats at the KFC Yum! Center on Saturday in a game that'll be broadcast on CBS and feature the return of Louisville center Gorgui Dieng.

Not surprisingly, Doug Gottlieb quickly took issue with the assertion on Twitter.