In less than a week, Russ on the Shelf went from casual living room conversation over beers to Sports Illustrated.

5. He is college basketball's unofficial Christmas Elf. Louisville blog Card Chronicle Photoshopped a version of The Elf On The Shelf starring Smith (Russ On The Shelf), and Smith has been giving out virtual gifts from his Instagram account:

The gem on the left refers to his alter-ego, the BasedKing, whose subjects are fictional people from family albums or psychology textbooks that he finds in Google Images. Smith is a benevolent king. He also refers to the holiday date exclusively as "December Twenty Smiff":

In somewhat related news, the Card Chronicle Bird Mask also went national on Friday, making the opening (video) of SportsCenter. The only problem is I believe that's a supporter of the Ball State Cardinals harnessing the mystical powers of the mask.

This shall not stand. Consider The War on Ball State declared.

Some good news to share, as Bob Valvano is expected to be released from the hospital today after suffering a heat attack Thursday night. Here's his latest update from Faceook:

I see the doctor for the first time since he performed procedure last night of putting in the stent for my blocked vein.

He has a good bedside manner and patiently answers all my questions thoughtfully.

"Well," says the Doctor, "even while we were doing the procedure, you went into cardiac arrest. We had to shock you back. Just one shock though and you
came back."

I was, effectively dead. Huh. And if I had gotten on that plane I would probably literally be dead.

Without batting an eye he says "Who's the real winner in that competition?"

I then lament for the next hour that I didn't see any "light". The light, the light.... whats the point in dying" if I didn't get the lights?
After about an hour of this he says, " Enough with the lights!!! You were too drugged to see any lights.anyway."

Can't wait to have Bob back for Big East play.

I think you could actually here Russ scream when this was tweeted on Friday.

SHOUTS OUT TO COLLEGE HOOP STAR RUSS SMITH SHOUTING OUT LIL B IN SPORTS ILLUSTRATED MAGAZINE! SAYING LIL B IS HIS FAV RAPPER #BASED - Lil B

It's a loaded Saturday in college basketball, and here's your complete guide to the pre-Christmas madness.

A cool video from U of L on the making of the Sugar Bowl poster:

Peyton Siva is one of the names on the Bob Cousy Award watch list.

There are plenty of reasons Louisville won't be looking ahead to Kentucky when they face WKU in Nashville tonight.

The Hilltoppers are also 2-0 in the Sun Belt Conference. But the number that the Cardinals should be wary of is WKU's 2-1 mark in Nashville, including a 68-54 win in 2008 over a Louisville team ranked third at the time.

Louisville won last year's game 70-60 at home but had to overcome a 13-point deficit with eight minutes left. That's enough to keep the Cardinals' attention on this in-state rival rather than on another one down the road next Saturday.

Especially since WKU has been strong against Louisville on neutral ground.

"This is a rivalry game," Pitino said. "We consider them a rival and we hope they consider us a rival. We've got great respect for their tradition and their program, so we know how hard they're going to play. They weren't nearly as good as us last year, and it was anybody's game."

It shouldn't come as much surprise that Rick Pitino's gun control comments have made national news. 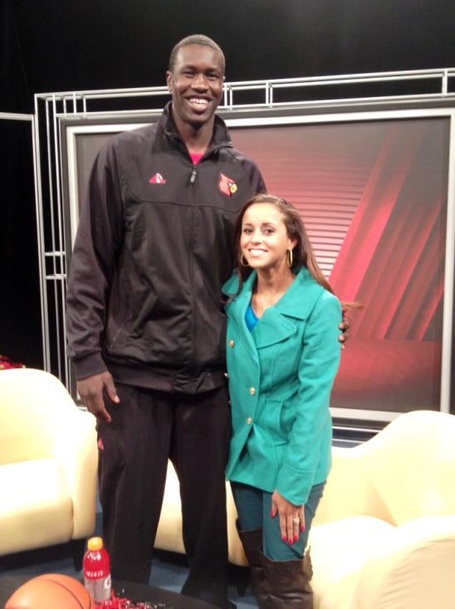 He's on this week's episode of "Courtside with Rick Pitino."

Bob Knight's the analyst for our game tonight. Just about the merry Christmas you'd expect from ESPN after this year.

Charlie Strong and some of the players pay a visit to a young lady in the hospital Friday night. 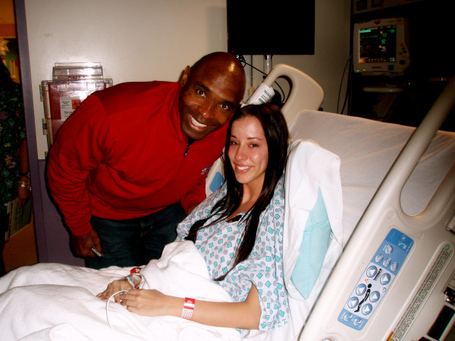 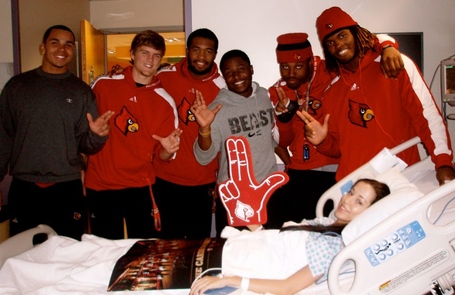 Charlie always looks so genuinely excited in these pictures. Not that he isn't happy when he poses for pictures the rest of the time, it's just when you juxtapose the two, it's fairly obvious that he's having to try a little bit more when he's taking ordinary pics with fans in public. There's no faking going on in the pic above.

Yet another reason to stay away from Fourth Street unless you absolutely have to be there.

Honey Mustard is all Sugar Bowl all the time these days.

I Love Walking Past People Down Here In Their Florida Gear And I Have On My Louisville Attire.. I Just Look At Them And Nod! Whats Up! Lol 😈

It appears as though Boise State not playing in the Big East next season is a definite possibility.

Sports Illustrated reported Friday night that a source says it's "inevitable" that Boise State will remain in the MountainWest. ESPN and CBSSports.com also reported that Boise was wavering.

Reports also indicate the Mountain West is looking to expand and it could target Houston, another school bound for the Big East.

Boise State was scheduled to join the Big East as a football-only member, along with San Diego State. Houston, SMU, Central Florida, Tulane and Memphis will join as full members, while East Carolina will also join for football only.

But with Seton Hall, Providence, St. John's DePaul, Marquette, Georgetown and Villanova announcing a plan to leave as a unit, the Big East is reeling. The conference could lose its name and was attempting to rebrand itself as a coast-to-coast football league.

The loss of Boise, a perennially strong program, would damage that plan. So UConn and Cincinnati, holdovers from the old Big East, will likely be left with a collection of Conference USA schools as both wait for a possible invitation to the ACC.

Certainly something to keep an eye on.

Not all birds fly South for the winter. 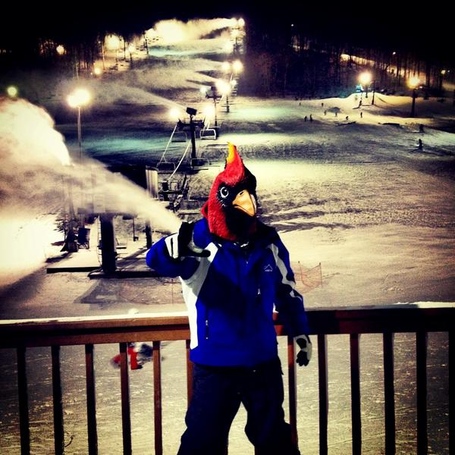 And finally, if you haven't already read the Gorgui Dieng story from earlier, I suggest you do so. It's a nice treat/reminder for the holidays.