The lefty signal caller will enroll at U of L in january and be ready for spring practice. He also knows Santa.

Brett Nelson, the lefty quarterback from Southwestern Community College in Chula Vista, CA who committed to U of L on Sunday, went ahead and made it official by signing with the Cards this afternoon.

The 6'4, 220-pound sophomore threw for 2,833 yards and 23 touchdowns at Southwestern (10-1) last season. He will be eligible to play at U of L immediately, and has two years of eligibility remaining.

Nelson said at the time of his commitment that he was very aware of the fact that Teddy Bridgewater is firmly entrenched as Louisville's starting quarterback. He hopes to serve as a capable backup to Bridgewater next season, and compete for the starting job in 2014 should Teddy choose to leave early for the NFL.

And if you're not sold on Nelson yet, check out the picture he posted on Twitter Wednesday night of he and Santa Claus representing for the Cards. 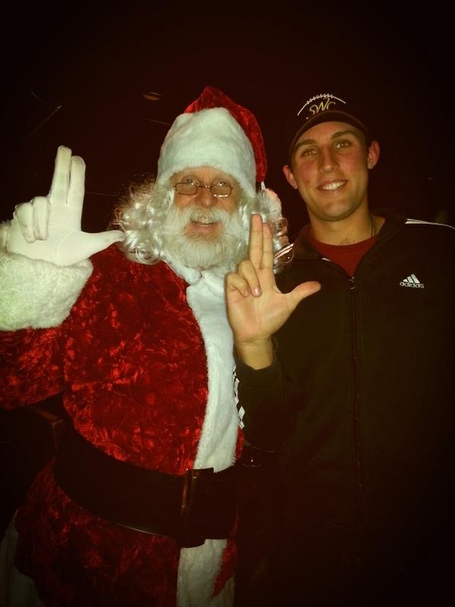 I mean the guy gets it.