Congrats to the Behanimal on his first major honor the season.

Chane Behanan has been named the Big East Player of the Week following a monster second half performance that helped lift Louisville to an 86-77 win over rival Memphis last Saturday.

Behanan was named BIG EAST Player of the Week after he scored a season-high 22 points, including 16 in the second half, to help Louisville overcome a 16-point deficit and score an 87-76 win at Memphis. He hit his first 3-pointer of the season in the second half to spark the decisive 13-0 run that gave the Cardinals the lead for good against the Tigers. Behanan is averaging 10.1 points and 7.3 rebounds for the Cardinals, who have opened the season with nine wins in 10 games.

Behanan still isn't allowed to talk to the media, but let's all assume that he celebrated the only way Chane knows how to celebrate. 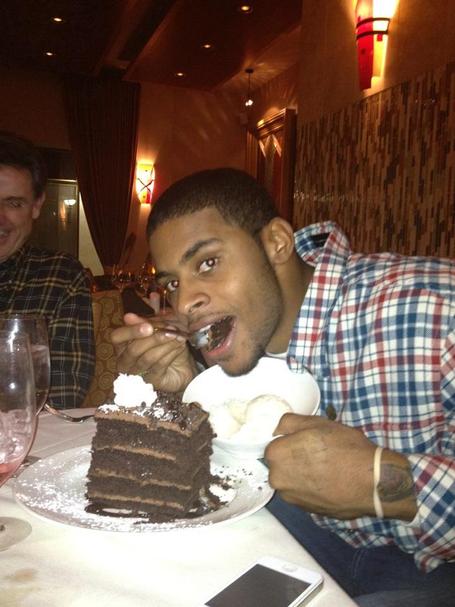