Orlando native Kacie Anne Griffiths kind of looks like she's attempting a Heisman here. All I know is that belt is more stylish than anything I own.

Congratulations to Teddy Bridgewater, who has been named an honorable mention All-American by both Sports Illustrated and Pro Football Weekly. Although the second mention loses a little bit of luster when you take into account the fact that the publication had Ryan Nassib of Syracuse as its first team signal caller.

Maybe if every opponent stomps out a cardboard cutout of him in the locker room during pregame.

SI's latest power rankings have Louisville holding steady at No. 5, and focus in on the glory that is Russ Smith's defense.

I've been watching a lot of Russ Smith defensive tape lately, because the Cardinals rank No. 1 nationally in defensive turnover percentage and he ranks No. 5 in steal percentage. I thought there might be a chance that Smith is creating turnovers at an even higher rate than Ohio State's Aaron Craft ... which is why, for the first time, the Power Rankings presents Dueling Russ vs. Craft Turnometers. First up, Russ, with numbers charted from film review of all of Louisville's forced TOs:

It almost feels sacrilegious to write it, but Smith is out-TOing Craft thus far, on the strength of traditional steals. (The four offensive fouls Smith has drawn are all push-offs by frustrated opponents.)

It blows my mind not only that Russ Smith is being consistently discussed by national writers, but that "Russdiculous" has worked its way into the common college basketball vernacular.

Hit the music (not Darius Washington).

Louisville gets several mentions in CBS' list of the best teams, players and moments of the past 75 NCAA Tournaments.

The Sugar Bowl patches have been added to the U of L jerseys: 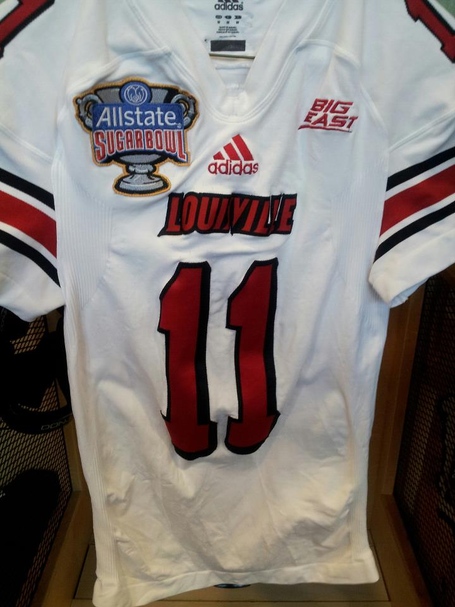 Russ Smith will be a guest on "Inside College Basketball" with Jeff Goodman and Bruce Pearl tonight on Sirius XM channel 91. Hopefully there will be audio available somewhere afterward.

Louisville was America's No. 20 market for Saturday night college football on ABC this season.

Breaking: Tom Jurich is the man.

Also never one to back off from hyperbole, Jurich said the Cards are now on "a rocket-ship pace."

"I have unbelievable respect for the SEC, but they're humans just like we are," Jurich said. "They're not going to be pouring any more money into their programs than I'm pouring into this one. I look at the schools we're going to be competing with in the ACC and I look at the upper echelon of the SEC, and they're very comparable.

"I just want everybody to know that I'm not ready to say we're a second-place program or second-tier. I think we're first-tier, and I will truly debate anybody that this is a top-10 program in the country.

"We're committed, but we've always been committed. I've been committed since Day One here. I think everybody looks at us as a longshot, (but) I truly believe now, as of (the ACC's offer of membership), we're a top-10 job in the country. Somebody debate that with me, please, but I'll debate that until I drop dead. I think it's a top-10 job in football. And as we move on to the ACC and all the things they provide for us, I think you'll see a lot of people say that." 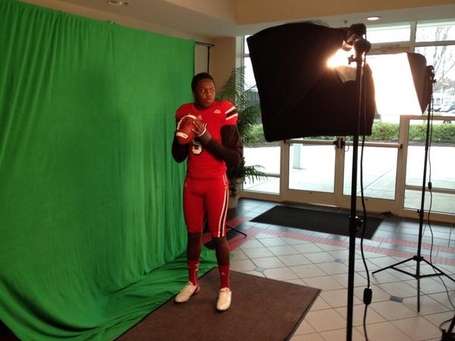 Best commercial Teddy since Snuggle. I'm not going to say who grew up owning a stuffed Snuggle Bear of his own, but he wrote the words you're reading. That doesn't mean he won't kick the ass of everyone under the age of 11 who's reading this. Also, don't tell your moms about me using the word ass just then.

Jody Demling dishes the latest news on the U of L baseball team.

The number of extremely sad Christmas songs on the radio is about the best proof possible that not enough people listen to the words of Christmas songs.

Anyway, here's my annual list of the five worst songs of the season:

Claiming the top spot for about the eighth year in a row. I think radio stations are finally getting the message that the bulk of America can't stand this POS any more than they can, as it's been getting gradually less air time for the past two or three years.

Any song that has the same line sung 12 times is annoying. Not even lovable cartoon character renditions can make this tolerable.

I'm sorry, I fell asleep seven seconds in and woke up three hours later in what sounds like the exact same place in the song.

You wake up in the middle of the night to find your mother stepping out on your dad with an international celebrity, and you think it's hilarious? Pretty sure "if daddy had only seen" this, there wouldn't have been any laughing involved. You'll be penning a song about your broken family next Christmas, kid. Of course it'll probably be a decade-spanning hit, because apparently Americans loves to be reminded of their holiday-induced depression via song.

Treesember is a time for joy. Crank some Darlene Love, people. Just don't listen to the words. 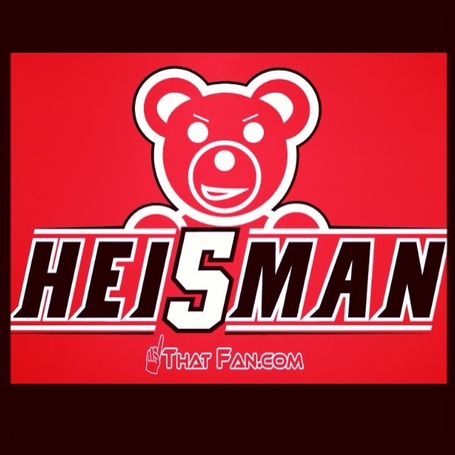 An update on Tampa Bay Tech athlete Richard Benjamin, who announced his commitment to Louisville on Twitter Tuesday night: Benjamin is now saying that he will be making his official visit to U of L this weekend and will commit to the coaching staff in person. We shall see.

Also taking his official visit to U of L this weekend will be Trinity star James Quick, who has confirmed that he will be announcing his college choice on Jan. 5 at the U.S. Army All-American Bowl.

Shamrock defensive end Jason Hatcher remains firmly committed to USC, but has said that he will also be taking visits to Louisville, Florida and Kentucky. His visit to U of L will come on the final weekend before national signing day.

Lovable misunderstood big kid DeMarcus Cousins has been suspended by the NBA for one game for punching O.J. Mayo in the balls.

Yeah, but if you zoom in, invert the video and play it backwards, it becomes pretty clear that Mayo kneed Cousins in the head intentionally.

At least Cousins is growing up and taking responsibility for his actions.

What a terrific, terrific young man. 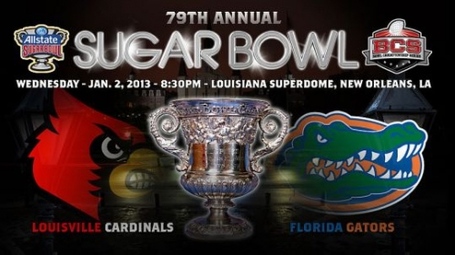 After recently being dominated by freshmen and sophomores, this college basketball season is being dubbed by some as "the year of the senior." It's a movement that counts Peyton Siva among its leaders.

CBS ranks the Sugar Bowl as the 14th-best of the upcoming bowl season.

Saturday presents a huge opportunity for Memphis' Adonis Thomas, who is attempting to respond to critics who say his draft stock is falling. 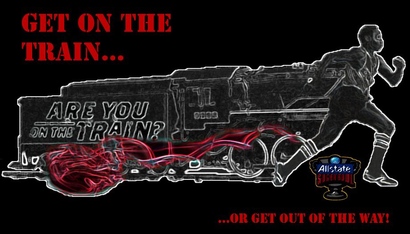 A fairly interesting nugget buried in this story: Louisville and Virginia Tech had agreed to a home-and-home football series for the 2018 and 2019 seasons. With the Cardinals headed to the ACC, obviously that deal is off.

And finally, Rick Bozich talks U of L commit Quentin Snider, who had a bit of an off night on Tuesday but still led Ballard to a big win over Jeff.