Trey Boylan went from lukewarm to hot; sleepin on futons and cots to King Size, dream machines, the green fives.

Russ Smith makes his debut in CBS' weekly Player of the Year rankings at No. 10.

Smith makes his share of mistakes, but he's also capable of making huge plays. He went for 31 points, grabbed seven boards and dished out five assists in a rout of UMKC. He's also one of the better on-ball defenders in the country. Smith is averaging 20.3 points, 3.0 rebounds, 2.6 assists and 3.3 steals while shooting 39 percent from long range.

Charlie Strong and Tom Jurich are reportedly "getting close" to finalizing the contract extension that will keep Strong at Louisville through 2020.

One of last season's best:

U of L jumps a pair of spots to No. 6 in SB Nation's college hoops power rankings.

Via tmjoel01, a closer look at the Charlie Strong high school track photo: 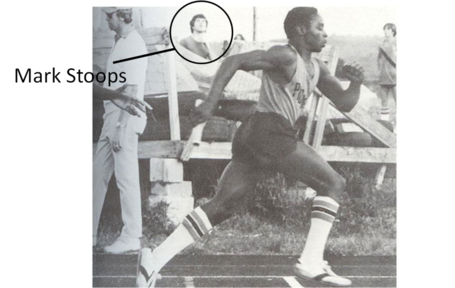 Don't want to put too much pressure on rickmbari, but I'm expecting another Card Chronicle Christmas Carol this year. Also, I'm expecting it to be the single greatest song ever made.

A solid story from The Hartford Courant about why Louisville was the clear choice for the ACC.

To achieve what Louisville and others have, UConn needs to get more top high school players in the country each year, which in turn should lead to more wins. It is a simple formula, yet difficult to achieve with 120 schools playing football at UConn's level. Still, nothing will put more people in the seats than a winning team.

Much of the passion of Louisville fans can be traced to the success of athletic director Tom Jurich, who after 15 years at Louisville is considered one of the most powerful athletic administrators in the country. Jurich has clout with administrators, especially at Southern football schools, and he consistently sold Louisville as an attractive program over the past decade to coaches, fellow athletic directors, TV executives, anyone who mattered.

So, when Maryland left the ACC for the Big Ten and the pundits predicted that UConn - academically ranked as one of the top 25 public universities in the country - would be the school to get the ACC invitation, Jurich worked the people he knew. After he won, he said, "We were definitely the underdogs. People had UConn not penciled in, but penned in."

Football was the deciding factor because administrators feared that the league's football powerhouse schools, Florida State and Clemson, might leave for another conference if they were unhappy with whichever school the ACC chose. Choosing Louisville simply meant better football within the conference.

Teddy Bridgewater apparently called every season ticket holder but me today. It's cool, though. I'm not really that worried about it.

WHAT DID I DO, TEDDY??? WAS IT THE BOLD PREDICTION FIASCO? I CAN CHANGE, I SWEAR I CAN CHANGE.

But it's time that the Big East core stops acting as though it's just some little addendum to the league and lucky to still be invited into the secret club it actually formed.

It's time to stop swallowing the company line it has been fed -- that it can't survive without the Power of the Pigskin -- without exploring whether that is really true.

College athletics right now is like the Wild West, without rules or even civility. And yet the Big East Catholic schools have been acting like, well, Catholic schoolchildren -- polite to a fault, abiding by the rules, afraid of the teacher.

It's high time they remove the white gloves from their manicured hands and get into this dirty business.

Instead of listening to and accepting what everyone else says is in their best interest, the Big East -- the real Big East -- needs to figure that out for itself.

As a college basketball fan, it really is incredibly sad to sit back and watch all this happen. One day we're all going to look back at those '06-'12 Big East Tournaments and wonder why it ever had to change.

But seriously, Teddy, just call me.

The hiring of Bobby Petrino by WKU is a safe one, as there are no attractive women in the state of Kentucky.

Plenty of people emailing, tweeting and what have you about the possibility of the Sugar Bowl being shown on the big screen inside the Yum Center following the Jan. 2 home basketball game against Providence. Yes, I think it's a terrific idea. No, I don't know if there are any plans to make it happen. Yes, I own season two of "The OC" on DVD.

West Virginia's mascot killed a bear with the musket I think we all (understandably) thought was a prop. Of course he did.

So the Card Chronicle Bird Mask needed a short respite after the craziness of the past two weeks, and decided to take a quick trip to Peru. I'll let Chronicloid Daniel Serpa tell the rest.

I went to Peru this week to visit family and went to one of the new 7 wonders of the world, Machu Picchu! But before I even bought the tickets, I made sure to purchase the Cardinal Head mask. 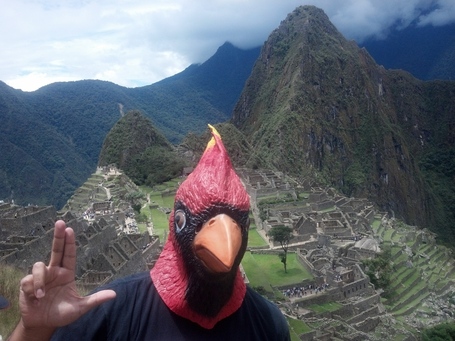 Let me tell you that the Cardinal Head became an instant sensation during my trip! Several people from my tour group from all over the world put the mask on and took pictures of themselves wearing it. I could say that about 50-60 people took pictures of me wearing it too! Many of them approached me to ask about it and I proudly mentioned OUR university and the tradition we have started in our BLOG to take the Cardinal Head to every corner of the world. They LOVED this movement we have started. 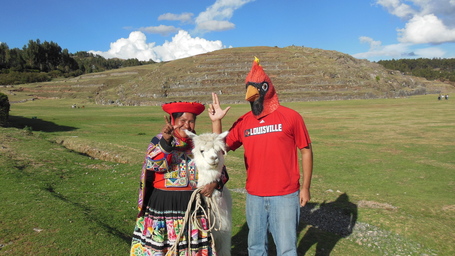 It is said that Machu Picchu was a sacred city for the Incas and I join millions who believe it is a magical place that EVERYONE should visit at least once in a lifetime. Here I hope that some of that magic will be passed to UofL sports and all the UofL loyal followers this and next year! 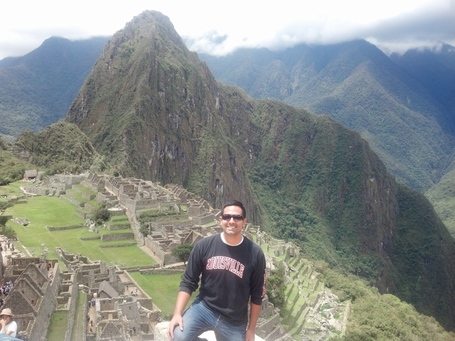 If you decide to post the pictures, any chance you could give a shout out to Brock Neal, Eric Tevaga, and Tasha Serpa? Brock and Eric LOVE this website and that shout out would totally make their days too. Tasha is my wife, another loyal UofL fan who lets me read to her everything I see in Card Chronicle. :)

So I'd just like to take a second to give a shoutout to Brock Neal, Eric Tevaga and Tasha Serpa. I don't know Tasha personally, but her name just makes her sound like someone who would let her significant other read everything written on Card Chronicle without complaint. I could be totally off base, though.

I hate to even give this attention, but Athlon already has an early college football top 25 for 2013 and has Louisville at No. 15.

15. Louisville
Charlie Strong's decision to turn down Tennessee should be enough for Louisville to edge Boise State as the favorite to win the Big East title in 2013. Quarterback Teddy Bridgewater should be on the 2013 Heisman radar after throwing for 3,452 yards and 25 touchdowns this season. However, the Cardinals need to replace tackle Alex Kupper and center Mario Benavides on the offensive line. The defense loses only one starter (cornerback Adrian Bushell) but needs to get better against the run after allowing 151.1 yards per game in 2012.

These types of things wouldn't happen if you actually had a postseason that actually meant something.

Trinity's Jason Hatcher, who remains committed to USC, will take an official visit to Louisville on the last weekend before national signing day.

I'm not sure who deserves proper credit for this, but I dig it. 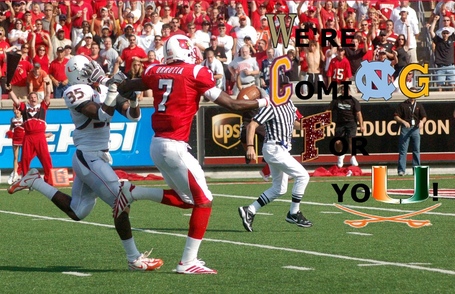 Things got ugly at the Male/Manual basketball game over the weekend, which included a mascot brawl during a break in the action.

ESPN's Andy Katz is taking Memphis State to upset the Cards on Saturday.

Upset Pick Of The Week

Memphis over Louisville, Saturday: The Tigers have been much maligned this season. But Memphis may be ready for a game like this after failing to knock off one of the big boys in the Battle 4 Atlantis. Geron Johnson and Shaq Goodwin have found their footing for Josh Pastner and Memphis lately and this game against an old rival is at home and could be a turning point for the Tigers this season. With Gorgui Dieng still out for Louisville, the Cardinals continue to be vulnerable inside. The Tigers will take advantage in front of a frenzied FedExForum crowd.

Or they won't. Think about that for a second.

And finally, a nice look at how Teddy and the rest of the Cards are currently preparing for the Sugar Bowl.