The dust has settled a bit after a wild two weeks, but that doesn't mean there isn't plenty to talk about.

In order to avoid any conflict with the Sugar Bowl, U of L has announced that the men's basketball Big East-opener against Providence that night has been moved up to 6 p.m. I'm also working on getting the DePaul/Seton Hall game that night moved up to 4 p.m. Initial talks with Oliver Purnell have been unsuccessful.

The Russ Smih waffle meme is the greatest thing to happen to the Internet since the last Russ Smith meme. 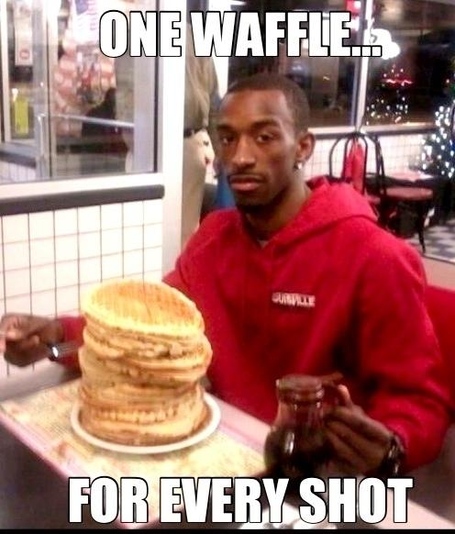 Nine-year-old Dalton Dingus has cystic fibrosis and is attempting to break the world record for most Christmas cards collected. He is currently about 12,000 short.

I haven't heard it with my own ears yet, but kudos to the U of L pep band for its new Russ Smith cheer. Apparently after every Russ assist, the band puts down its instruments and yells "nice pass, Russ" together.

These are the types of little things that need to keep happening in order to make the game day experience at the Yum Center the best it can possibly be.

After some Griswald-esque issues (too big), Stephan Van Christmas Treese is officially up at CC Headquarters. He's indescribably beautiful.

Leave it to Air Louie to provide the creepiest in-game photo of the season. 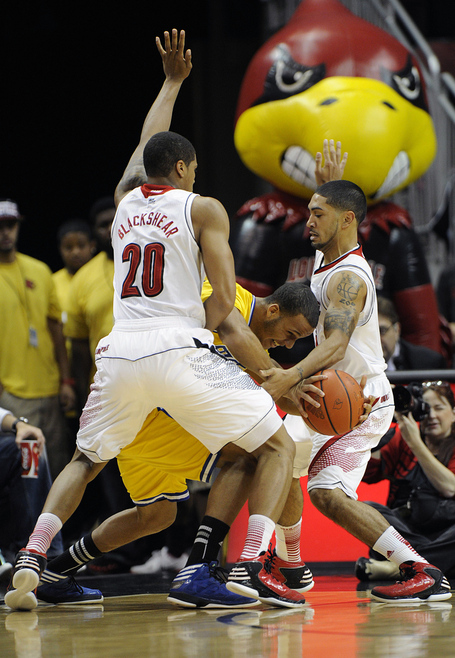 Bobby Petrino is now the lowest-paid D-I football coach in the state of Kentucky. At least it's nice to see that Western Kentucky has no disillusions about the potential of the situation it's getting itself into. I think it's a terrific job all the way around by the powers that be at WKU.

I'm not sure I approve of this.

Kid Rock might sing about wanting to be a cowboy, but apparently he really wants to be a Cardinal.

The entertainer will don a University of Louisville basketball jersey for a 15-second commercial promoting his March 2 concert at the KFC Yum! Center.

The spot will air inside the downtown arena during upcoming U of L games.

Sing that at the beginning of the video and I'm on board.

The U of L women are trying to outdo the men in terms of blowing out overmatched opponents. 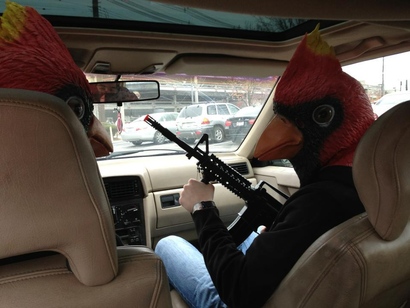 Understandable. There's too much at stake.

Big East basketball teams have currently won 17 straight games. That streak will be put to the test early this week with Villanova playing St. Joe's and DePaul taking on Arizona State.

In case you missed it on Saturday, here's Rick Pitino taking a phone call and setting up a drink date with Bob Domine during the postgame UMKC press conference.

The Sun Sentinel says that Kyle Shortridge's commitment to Louisville could be followed by a commitment from teammate Rayfield Dixon.

Florida has started its Sugar Bowl preparation, but the Gators say they're focused on themselves and not Louisville right now.

UF has enjoyed a 13-day break following its 37-26 victory at Florida State. The Gators will be in helmets and run more of a conditioning practice, according to Muschamp.

"Our first four or five bowl practices will be absolutely no work on the opponent," Muschamp said. "It will be all working on ourselves, getting our guys back in the swing of playing football again, and working on developing our young players."

The U of L women's lacrosse schedule has been announced for the 2013 season.

Well done, Howl at the Moon: 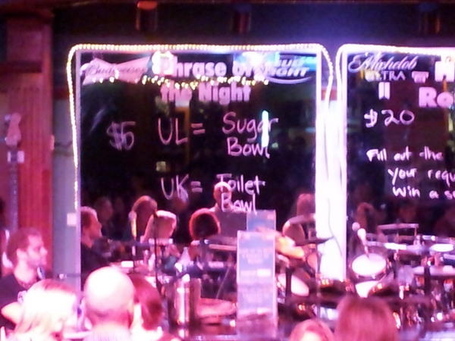 VIDEO: ESPN previews the Sugar Bowl. Pretty sure you can guess what's said.

DeVante Parker is not impressed.

Florida fans don't have too much respect for this Cardinal football team or the Louisville program.

And finally, I'm back on the air tonight from 6-8 on ESPN 680. Listen live or anytime on ESPNLouisville.com.