Louisville Up A Spot To No. 9 In New BCS Rankings

Charlie Strong's fighting Cardinals will take their 9-0 record to Syracuse this weekend with a No. 9 BCS ranking.

Share All sharing options for: Louisville Up A Spot To No. 9 In New BCS Rankings

Following their 45-17 blowout of Temple, the Louisville Cardinals moved up a spot to No. 9 in this week's BCS Rankings.

The Cards leap-frogged 8-1 Florida State, which dropped despite being on a bye week. U of L remains a spot behind two-loss South Carolina, and a pair of spots behind two-loss LSU.

Fellow Big East member Rutgers moved back into the rankings after dropping out a week ago. The Scarlet Knight, who will host Louisville on No 29 in the regular season finale for both teams, check in at No. 23.

Here are your full rankings for week 11: 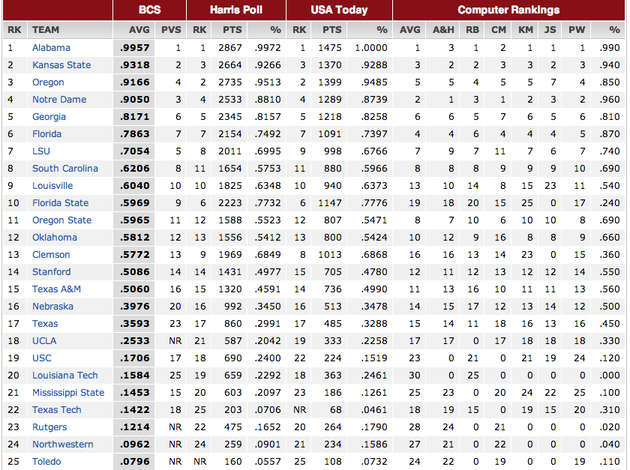