ACC Day has been an experience unlike any other, but once the clock strikes midnight I think it's time to turn our undivided attention to the quest for a Big East title and a spot in the BCS. The football team has certainly earned that much.

Players have worked since winter for the moment tomorrow .. Big east championship , BCS on the line #CardNation .. #ACC

I don't know exactly why, but the ACC news has made me about twice as excited for this game than I already was...and I was pretty excited to begin with.

A win would guarantee just about the most extreme turnaround in overall fan climate that Card Nation has ever experienced. Can't wait.

The Rutgers defense is fully aware of the fact that Teddy is hobbled, and they have every intention of coming after him.

Bridgewater, the frontrunner for the Big East Offensive Player of the Year award, suffered a fractured (non-throwing) left wrist and a sprained right ankle in last week's triple-overtime loss to Connecticut.

"We definitely have to take advantage of that," Thompson said. "Attack him. Be more aggressive. Basically, we have to take our shot at him wherever we get a chance. You have to hit him."

Rick Pitino's weekly radio show is currently going on as I type this. The talk has mostly been about the ACC (Rick is happy), but Pitino has also stated that he expects Gorgui Dieng to be back on the court in three weeks, and back to playing actual basketball in five. When asked if there was a possibility that Gorgui could be ready for the Kentucky game on Dec. 29, Pitino said, "I doubt it"...he then later said he had "a hunch" Gorgui will be back in three weeks.

Maybe he'll start on Saturday, maybe we won't see him until the first game of the Big East Tournament. All we can do is wait.

The 7-0 women's basketball team takes on Eastern Kentucky tonight inside the KFC Yum Center at 7:30. If you can't make it downtown - which is probably the case if you're reading this - then you can watch the game live on WHAS (Channels 11.2, Insight 432, Comcast 207). And if you hear that the arena exploded, it probably just means Tom Jurich attended and they showed him on the big screen.

They're calling it "Pandemonium in Piscataway," and it's definitely on.

Ohhh lawd it's on.

Plenty of folks have compared this game to the 2006 battle of undefeated in which Rutgers stunned a Louisville team which appeared headed to the national title game. So hey, how about a Jeremy Ito story?

It was Nov. 9, 2006, when Rutgers kicker Jeremy Ito produced the most iconic moment in the program's 143 years of playing college football - a 28-yard field with 13 seconds left to give Rutgers an improbable 28-25 upset of No. 3 Louisville.

Ito turned around, paused and pointed straight at the suspended camera hanging over the field. The moment was played repeatedly on "SportsCenter" and across the nation.

"It definitely was not preplanned. After I saw the ball going through, I turned to the student section, put my arms up in the air, and out of the corner of my eye I saw the camera," Ito said this week, looking back on the win. "I looked up and pointed to it. I can't tell you why; there was just so much emotion with that moment."

You're the worst, Ito.

Ito will be at tonight's game with his girlfriend, as he is at nearly every home game. He still loves to attend games and is often recognized by fans who thank him for that kick.

Major congrats to Cardinal futballer Andrew "Peppa" Ferrell, who is one of 15 semifinalists for the Hermann Trophy, the top individual honor in men's soccer.

Hey now that we're in the ACC, maybe ESPN will stop claiming that we lost national championship games which we actually won.

Additional Pitino radio show note: he just stated that he's not interested in continuing any series with current big East teams after Louisville leaves for the ACC.

Seriously getting so destroyed on D-Day 2013.

This is technically a realignment feature, but I'm still linking it here because it's in jest and really funny. Louisville resident Jon Bois says U of L's move to the ACC is the worst thing ever.

"It's something consistent with their master plan -- which is to win a national championship," Schnellenberger told CBSSports.com on Wednesday. "We helped inscribe that mantra -- University of Louisville's program with a national championship -- and this gives them a much better chance to make that come true."

When asked if Charlie Strong was the coach who could bring that title to Louisville, Schnellenberger seemed confident Strong was the man for the job. He described Strong as the "the horse that has the saddle now" and said the Cardinals' current coach can carry them to a national championship.

I love that man so much.

Fresh off his 75-foot game-winner, Louisville signee Chris Jones has been names JuCo Player of the Week for the second week in a row. 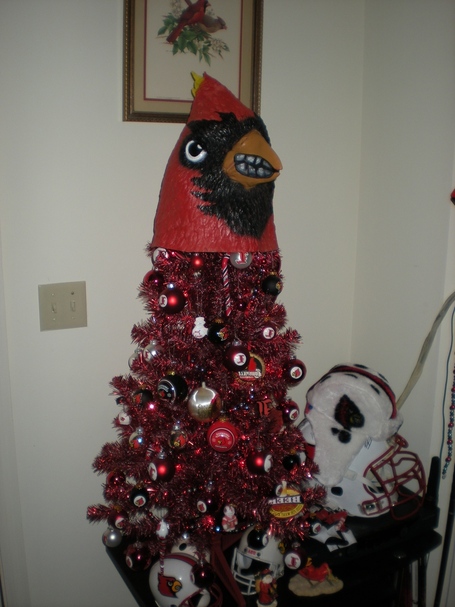 'Tis the season...for creepy ass masks that look like the outdated logo of a team-specific sports "blog."

I appeared on the Three Point Stance podcast last night before all this madness started to talk about conference realignment (as it was) and the Louisville/Rutgers game.

"I knew it wasn't blocked, and I knew it was good once I looked up and saw it going down the middle," said Ito, who earlier this month visited a Rutgers football practice and met Borgese. "That was unbelievable. Really it was just one of those games where you're playing for something bigger than what's at stake between the two teams. It was a special game."

We've never needed a Carmody's Corner rebuttal more than we do right now.

Rutgers has played football longer than any college in the United States besides Princeton. That being the case, the fact that everyone in New Jersey is referring to Thursday night as the biggest game in the history of the program is a pretty big deal.

Bottom line: The winner on Thursday night is the Big East Champion.

It is, literally, the biggest football game in Rutgers history. A history longer than any other school's, except that of Princeton University, the nearby former rival against whom RU played the first 2 college football games ever, on November 6 and 13, 1869, 143 years ago this month.

The 2006 Rutgers-Louisville game, previously considered the biggest RU game ever, is still important in the program's development. But this Thursday night's game is much more important. It will determine whether Rutgers is a true champion, or a champion with a big honking asterisk.

CBS lays out three keys to the game before ultimately picking Rutgers to win, 27-25. 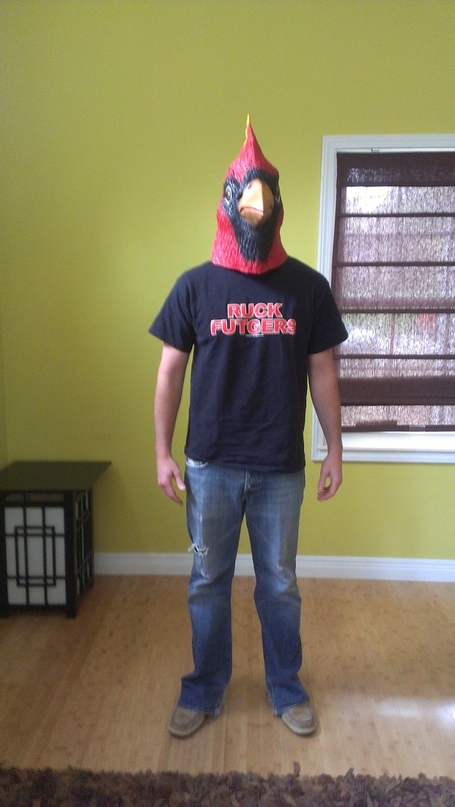